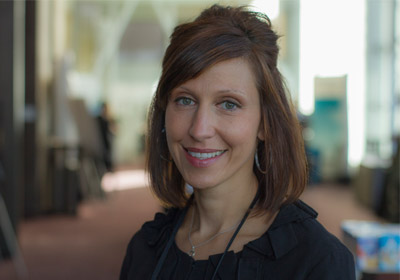 Sara Stark Mikolich has been a project manager in the meeting and event planning industry for more than 15 years and during that time has founded two separate companies.

One of Mikolich’s crowning events is the ILPA General Partner Summit, held at the iconic Waldorf Astoria hotel in New York City. The ILPA, or Institutional Limited Partners Association, bills itself as an organization dedicated to advancing research and education for its members on key issues involving private equity.

Mikolich has been working on the event since its inception 10 years ago. She says the main focus of the summit is to connect investors from around the world.

Interest in the event grows every year and it has now expanded to a three-day affair. This year the demand was so great the ILPA increased the total number of organizations allowed to attend from 75 to 80.

“Demand and interest over the years continues to increase,” Mikolich says. “We opened early registration this year for the first 40 spots and it sold out in 36 hours.”

In addition to general sessions, networking events, and all of the logistics involved in planning the event for more than 500 people, Mikolich also works with her client to coordinate the 750-plus one-on-one meetings between the investors. She also says she’s very involved with the development of the technology that the summit integrates for its investor meeting scheduling.

Mikolich specializes in combining technology with event and meeting organizing. For the ILPA Summit, she works with a technology developer to implement a custom investor matching system that optimizes investor profiles and interest rankings to create a custom meeting schedule for each attendee.

Prior to founding The Stark Group, she co-founded a high-tech meeting and event facility called The Venue. With her partner, she created the business concept and secured start-up investments; then she alone was responsible for building the brand and generating promotion through a grassroots marketing approach.

The Venue was housed in St. Paul’s Galtier Plaza and Mikolich and her partner worked with the owners of the building to renovate the existing movie theaters so that the space could offer built-in projection for events and conferences.

Before opening The Venue, Mikolich was the director of industry events for the Minnesota High Tech Association. She says after spending three years there she knew there was a heavy demand for more meeting and event space with networking areas that are equipped with built-in technology.


Education:
• University of Minnesota, Duluth, Bachelor of Arts in Communications, minors in Journalism and Political Science

Awards
• Named one of the “Top Five Event Pros” by Minnesota Meeting & Events, 2002
• Recognized as Minnesota’s Meeting Planner of the Year by the Minnesota Chapter of the Meeting Professionals International, 1999

Outside activities and interests
Mikolich is currently training to run her third half-marathon with her sister in Nashville. She also enjoys biking, boating, and cross-country skiing with her husband and two daughters. The family also travels; this year they took a cruise to Cozumel, Belize, and Roatan to celebrate Mikolich’s parents’ 50th anniversary.