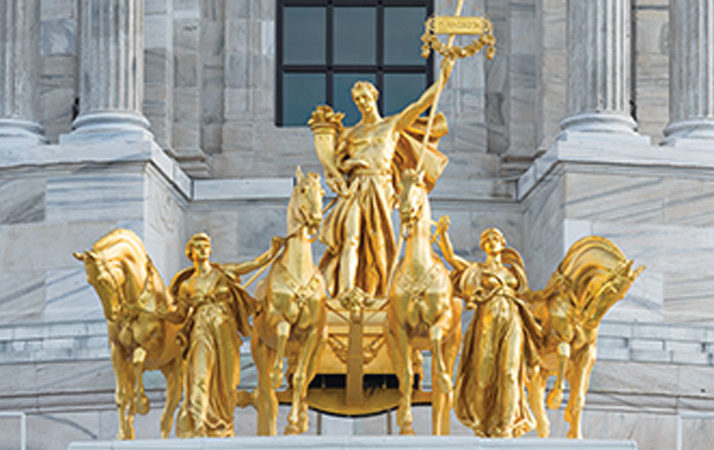 The two years of missteps in the initial implementation of our Minnesota exchange were in part caused by freezing out experts in the business community who understood the problem. Tim Walz does not have to repeat that mistake.
January 02, 2019

Dear Gov.-Elect Walz:
Congratulations on your election in November. You are the first governor since Al Quie (also from the First Congressional District) to come from a non-metro area. We like to talk about the entire state when it comes to natural resources, but all of our candidates for statewide office seem to come with monotonous regularity from the metro (Hennepin) area. This has led to partisan and cultural separation—metro/non-metro—that is contrary to our best interests. As you campaigned, this is One Minnesota.

The Walz campaign brought civility to this fall’s election, a rare thing. And let’s give credit for a civil campaign to Hennepin County Commissioner Jeff Johnson, your opponent. Johnson ran for governor in 2014, another civil campaign. He had to withstand a primary challenge complete with negative attack ads featuring immigrants scaling walls to presumably steal Minnesotans’ health care. He did not respond in kind. Having two decent, honorable men, both of whom have a long history of public service, run for high public office, while at the same time articulating clear policy differences, is frankly what an election should look like. So with that in mind, here is some unsolicited advice for the new administration.

Health care. The single most important issue during this campaign was and remains health care. With federal changes, over 300,000 Minnesotans must choose a new health care provider. Premiums have basically stabilized, but in the past they have spiked. Employers, senior citizens, and individuals fear a return to those large increases. Furthermore, the only way to moderate double-digit premium increases last year was an infusion of over $300 million from the state Legislature. The Minnesota exchange, a primary market for individuals under the age of 62 who lack employer-provided health care, has had an ongoing series of computer glitches. On top of all this, pharmaceutical costs have continued to rise, and some specialty drugs have become almost unaffordable.

The Walz campaign has pledged to explore allowing individual Minnesotans to buy into the MinnCare system. The principal objection to this is economic. With an aging population, and the cost of health care inexorably rising, getting this right and affordable would be a signal accomplishment. Minnesota is home to some of the largest and most innovative health care companies in the country—a large Blue Cross Blue Shield, United Healthcare, Mayo Clinic, and others. As governor, you should freely call upon those already in this business to help devise solutions or at least propose options. The two years of missteps in the initial implementation of our Minnesota exchange were in part caused by freezing out experts in the business community who understood the problem. You do not have to repeat that mistake.

Education. Education is the prime directive of Minnesota government. Beyond all else, it is the educational system that has allowed Minnesota to maintain its high quality of life and be a center of innovation (particularly compared to our neighbors). As a teacher, you bring a wealth of experience to primary and secondary education issues. Pre-K opportunities started by Gov. Dayton have great potential. Four of the 10 highest ACT-scoring high schools in the state are charters—perhaps some ideas here. Post-secondary options for students, initiated by Gov. Rudy Perpich, have been a success. Finally, higher pay and better recognition of the importance of teachers should be a hallmark of your administration.

University of Minnesota. If regents continue to state that we should reduce the starting salary of any new University of Minnesota president because people should want to serve at the U for its prestige and not money, do not reappoint them. The same University of Minnesota that paid $800,000 so a football team would not show up, that just recently fired a defensive coach while paying him $700,000 a year, and that has a head football coach earning more than $3.5 million a year can afford to pay the market rate for a high-quality leader for our single most important institution of higher learning.

Use of the people. Minnesota is a highly educated and community-minded population. Gov. Dayton had what he called an “unlegislature,” where he invited citizens to submit suggestions for abolishing agencies or unneeded regulations. It led to more than 800 suggestions, many of which were adopted. Build on that. Something along the line of the Minnesota Suggestion Box, which could be maintained on social media and monitored by your staff for direct citizen input on pending legislation, needed legislation, and governmental appointments. Hearings seeking citizen input should be held outside the metro area. When Gov. Pawlenty wanted to reform higher education, he asked the Citizens’ League to appoint a bipartisan commission, which he highlighted in an early State of the State address. A number of the reforms suggested by that commission were adopted into law and by the university. You should adopt the same approach.

Finally, invite all past governors to lunch and listen to them. This is a good idea for your lieutenant governor, too. Minnesota can have civil government that works by using good ideas from whatever source, with the engagement of our amazing population, and dedicated to the idea of One Minnesota. If you can be successful in this endeavor, Minnesota will become a shining example to the rest of the country. Good luck.