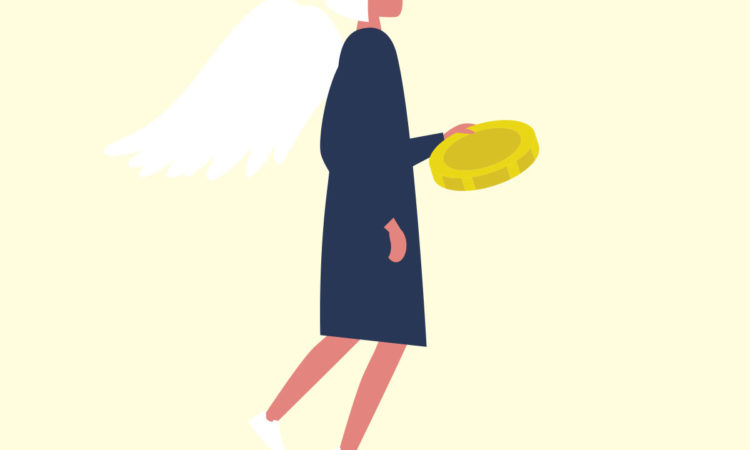 Groove Capital partner Mickayla Rosard makes the case for why the Minnesota legislature should approve tax credits for startup investors in 2023.
By Mickayla Rosard
January 04, 2023

You may have heard rumblings of the lapsed Minnesota Angel Tax Credit. But what does this mean for the startup community, and more broadly Minnesota?

This tax initiative—aimed at incentivizing investment dollars towards Minnesota startups and focusing funding efforts on underserved founders—is critical to keeping Minnesota on the map as a tech and innovation hub. Not only does it help startups with much needed access to capital, but it simultaneously reduces the financial risk for angel investors.

Generally, half of the credits are reserved for underserved founders, specifically minority-owned businesses, women-owned businesses, or those headquartered in Greater Minnesota. The Department of Employment and Economic Development (DEED) defines Greater Minnesota as any area outside of the Twin Cities even-county metropolitan area (Anoka, Carver, Dakota, Hennepin, Ramsey, Scott, Washington counties).

In 2021, the MN Angel Tax Credit allocated tax credits totaling $10M, unleashing $40M in investments to startups across the state. This investment in turn created 900+ direct and/or indirect jobs according to DEED’s annual reporting. Extrapolating this out you can easily see how this economic activity leads to increased tax revenue, higher paying jobs, and more prosperous communities.

Since 2010, the MN Angel Tax Credit has resulted in 530 Minnesota businesses receiving $498 million in equity investments, leveraged by the state’s issuance of $120M in tax credits to angel investors. Though startups in the medical device and equipment category have historically gotten the most investment since the program’s inception in 2010, software companies, BioTech, and even the Food & Beverage sector have benefited.

The program, when adequately funded, spurs economic growth and builds on Minnesota’s existing startup ecosystem. DEED does a great job reporting on the MN Angel Tax Credit program, so if you want to get into the weeds check out DEED’s summary of reports.

Where are you now?

Despite a clear track record for incentivizing investment and spurring job creation, the MN Angel Tax Credit program has been lumpy—both in terms of the funding and authorization.

The amount of funding for the program is a moving target, which unfortunately creates a feast and famine in the investment market. In 2021, $10 million was made available in tax credits and the full amount was allocated. However in 2022, the funding was slashed in half making only $5 million available in tax credits, of which $2.5 million were reserved for minority- and women-owned businesses, as well as businesses located in Greater Minnesota. The $5 million of credits were allocated and fully depleted by spring: a clear indicator the demand for the program surpasses the supply.

When the program is underfunded it is a challenge, but more significant are the gaps in operating the program. Gaps come in two forms. First when the tax credits are fully deployed before the end of the year. The second scenario is more disruptive, and where we find ourselves now.

The 2022 legislative session closed without approving the Omnibus Tax Bill—thus halting the $7 million proposed tax credits for 2023 that was supported by both parties. Frustratingly, this is happening with the backdrop of our state government operating with a record high budget surplus, which is now projected at $17.6 billion. Without action, 2023 will be the third year in the past seven where the MN Angel Tax Credit program did not operate (including 2018 and 2020).

What are other states doing?

Countless businesses have benefited from investments spurred by the Minnesota Angel Tax Credit, and hundreds of jobs have been created in the state. Yet economic growth isn’t something that should be taken for granted. As a state, we must support entrepreneurs, including those who’ve traditionally been underserved, and continue to invest in innovation.

Blue and red states alike offer similar angel tax programs. Illinois’ startup initiatives have allowed the state to lead innovation in the Midwest for the past few years. Their angel tax credit similarly allows for a 25% tax credit, but the program has $10 million in funding. This is double the funding that Minnesota allocated in 2022.

Our neighbors in North Dakota are rolling out the red carpet for investors and founders. North Dakota boasts an Angel Match Program with $13.6 million available in equity to match 1:1 investments up to $250,000 per business. North Dakota doubled down on their efforts to support startups and diversify their next generation of industries by committing to invest $250 million through The Legacy Fund’s North Dakota Growth Fund, which targets a 3% allocation of the $8.4 billion Legacy Fund toward venture, with a preference on North Dakota investments.

The lapse in the Minnesota Angel Tax Credit is not only a loss to economic development, but also a signal to Minnesota founders and investors that they are on their own.

The Minnesota Angel Tax Credit matters to founders. Angel investors are generally the first source of funding an entrepreneur receives. At this stage, it is too early for a bank to underwrite and equally too early for institutional investors to finance. To an entrepreneur, angel investors are often the difference between bringing their idea to reality or not. This phenomenon is especially true for underserved demographics of founders, who typically do not share the same access to generational wealth or family and friends to tap on to help fund their startups.

This can lead to eventual brain drain if founders opt to move to places with friendlier entrepreneurial support policies and greater access to capital.

The Minnesota Angel Tax Credit matters to investors. Angel investors are taking an immense risk by supporting startups at their earliest stages. Naturally there is limited operational and financial history to go off of when jumping into a deal at this stage. The tax credit serves to de-risk investments for those backing startups in Minnesota—no matter the future of the company, that credit is received.

Furthermore, the tax incentive keeps investment dollars in Minnesota. Similar to other asset classes, even though an investor lives in Minnesota, they are likely allocating investments nationally or even globally. This means angel investors are looking at opportunities in neighboring states; recognized tech hubs such as New York City or Silicon Valley; and beyond.

If we had a crystal ball we could predict with certainty which startups will be Minnesota’s next 3M, Best Buy, or Target. However short of being a fortune teller, the best approach for angel investors is investing in a broad portfolio of startups. This is better incentivized and more accessible with an operational Minnesota Angel Tax Credit program, which helps stretch those investment dollars. When investment dollars are invested locally, innovation flourishes and our economy diversifies—which is something we can all get excited about.

Mickayla is Partner at Groove Capital, an early-stage investment fund and Minnesota’s most active angel network.