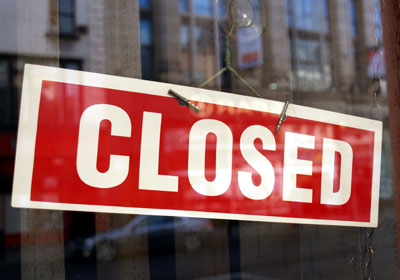 St. Paul’s Seven Corners Hardware was sold to a national real estate developer as a result of rising real estate values in the area and the owner’s interest in other business endeavors.
January 24, 2014

Seven Corners Hardware, which is located across from the Xcel Energy Center in downtown St. Paul, has sold its property for an undisclosed amount to a national real estate developer after 80 years of business.

Bill Walsh, the third-generation owner to oversee Seven Corners, declined to disclose the name of the real estate developer that purchased the store or the sale price, citing a non-disclosure agreement that runs through February 1. He did say that his company hired Tiger Capital Group, LLC, a Boston-based asset disposition firm, to help sell its merchandise inventories and other assets.

Walsh said the decision to sell Seven Corners was made late last year and stems from both personal and business considerations.

“I have growing business interests in California and Nevada that have been requiring more and more of my time, and so traveling back and forth between the Midwest and the West Coast has become increasingly difficult,” he said in a statement. “Meanwhile, my son is a freshman at Notre Dame, and his career path is unlikely to include becoming the fourth generation to run the store.”

Walsh, who has operated the hardware store for 28 years, mentioned that rising real estate values in the surrounding neighborhood was an additional factor in the decision to sell the store. However, he told Twin Cities Business that competition from other retailers didn’t influence the decision as much due to the Seven Corners’ large client base.

“We’ve built a very loyal customer following,” Walsh said. He added that “the time was just right” for selling the store.

Walsh said the company is hosting a sale beginning at the end of this week to eliminate remaining inventory. He said that he expects to completely close the store by the end of May.

Seven Corners consists of 10,000 square feet of retail space and 60,000 square feet of warehouse storage. The company employs 21 and has approximately 1,500 contractor accounts. Known for its extensive product lines, Walsh said that Seven Corners appealed to contractors, woodworkers, and hobbyists alike. It has also operated a significant mail-order business, having shipped more than 1.7 million packages around the world since 1990, Walsh said.

Despite big-business growth in the surrounding area as well as its own growth, Walsh said that Seven Corners managed to maintain the “personalized, small-town” atmosphere that it started with in 1933.

“All of us at Seven Corners are deeply grateful for our years in St. Paul and for the support we have received from this community,” he said in a statement.