7 MN Cos. Among Outside Magazine’s “Best Places to Work” 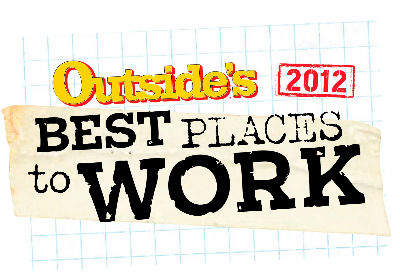 Outside magazine recently released its 100 “Best Places to Work” list, and seven Minnesota companies made the cut.

The companies on the list offer good work-life balance to their employees, allowing them to pursue ambitious careers but also spend time with their families, give back to their communities, and fulfill their passion for adventure, Outside said.

Minneapolis-based bicycle-rack and locker manufacturer Dero Bike Racks ranked sixth on the list. According to Outside, the company encourages its employees to bike to work and to meetings around town; in fact, employees earn an extra $3 each day they ride to work. Company outings include rolling tours of Twin Cities pubs, laser tag, ski trips, and Twins games.

Coming in 34th on the list is Minneapolis-based advertising agency Colle+McVoy. Some of the perks that the agency’s employees enjoy are weekly shiatsu massages, fitness classes, state park passes, a bike-purchase program, a fleet of bikes available to borrow, a game room, and many agency-sponsored parties, according to Outside.

Meanwhile, employees at Bloomington-based bicycle distributor Quality Bicycle Products, which ranked 61st, receive bike swag for cycling to work and access to a fully stocked bike service and repair facility, according to Outside. They also enjoy spin classes during the winter and get to bring their dogs to work, the magazine said.

The final Minnesota company to make the list is Minneapolis-based marketing firm Haberman, which came in 91st. Its employees reportedly enjoy organic produce from an employer-sponsored garden, flexible work hours, and wellness-focused activities. The company also has a “fun committee” that organizes pizza parties, impromptu happy hours, and an annual winter retreat.

California had the largest representation with 25 companies on the list, followed by Colorado with 19 companies.