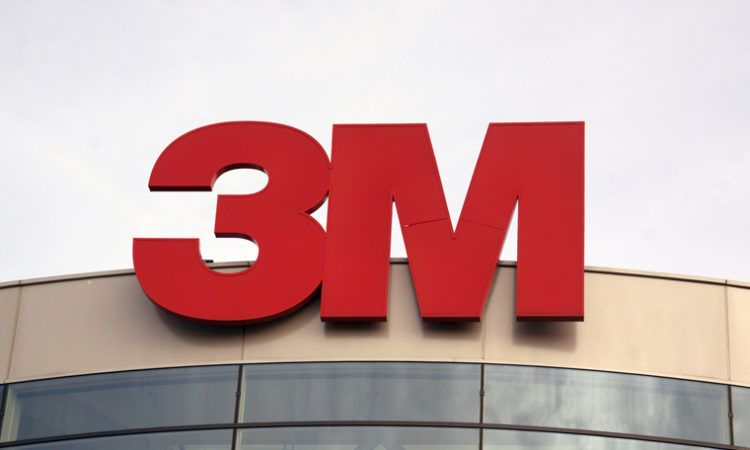 Some industry analysts believe the decreased forecast is a ploy to set incoming 3M CEO Michael Roman up for a positive first year.
By Sam Schaust
April 24, 2018

3M’s share price took a sharp step downward on Tuesday, dropping as much as 8.5 percent or nearly $19, after the industrial supplies company lowered its earnings and organic sales outlook for the year.

Aside from setting a personal single-quarter sales record with $8.3 billion received in the first three months of the year, investors drew greater concern over 3M’s forecast. The Maplewood-based company cut the higher end of its full-year earnings range by 15 cents to be between $10.20 and $10.55 a share. Its organic sales growth guidance, previously believed to be 3 to 5 percent for the year, also had its high end clipped to 4 percent, despite Michael Roman, 3M’s chief operating officer and soon-to-be CEO, confirming this guidance only last month.

“Roman has been caught in a tangle of overpromising and under-delivering before he’s even officially ascended to the CEO job,” wrote Bloomberg commentator Brooke Sutherland. To his benefit, she added, “That’s not really his fault. There’s a reason companies use outgoing CEOs to deliver bad news and take the blow for misplaced optimism. You want to give new leaders a fresh slate.”

The Street’s stock tracking Action Alerts Plus team backed this idea, suggesting 3M lowered its outlook to ultimately outperform the rest of the year as Roman takes over at the start of July. “We would be buyers of 3M today because we think the company’s next three quarters will be a strong improvement from this result,” The Street’s team said.

Above all else, 3M cited softer-than-expected demand for its auto parts and equipment, oral care supplies and consumer electronics products as reason for shortening its organic growth outlook.

“I think that the adjustment to the [new] range was really looking to those specific markets that we saw coming through [the first quarter], and we expect improvement in a couple of those areas,” Roman said during a conference call Tuesday morning.

A sizable jump in its operating expenses — from $5.9 billion a year ago to $7.3 billion — also took a toll on 3M’s first quarter result. The company overall posted a $602 million profit for the quarter and earnings per share of 98 cents. Both fell by double-digit margins from $1.3 billion in profits and $2.16 in earnings per share during the same quarter last year.

3M managed to surpass Wall Street analyst predictions of $8.08 billion in revenue for the quarter, but fell well short of their $2.50 quarterly earnings per share estimate.

Notably, all five of 3M’s core business groups posted sales growth ranging between about 5 and 15 percent. Its safety and graphics business, the company’s second-largest, was the top performer bringing in a 15 percent sales increase.

“As I look at our first quarter performance, there are many positives,” said 3M CEO Inge Thulin during the Tuesday morning conference call. “3M is strong and we have the experience, market position and capabilities to continue delivering sustained profitable growth in 2018 and well into the future.”