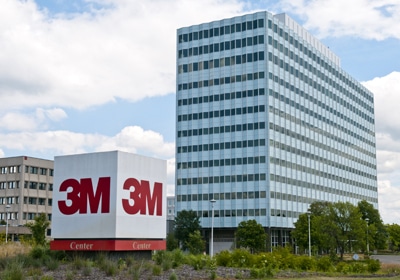 The manufacturing company reported flat or negative sales year-over-year during every quarter in 2016.
December 23, 2016

“Over the last several years, we have taken significant actions to strengthen our technology capabilities, improve our portfolio and cost structure, and make us even more relevant to our customers,” Thulin said in prepared remarks.

Many of these sales have taken place over the past 12 months, such as 3M’s deal last week to sell off its identity management business for $850 million.

When he took the helm of the company in February 2012, Thulin vowed to increase the percentage of 3M’s annual sales dedicated to research and development from 5 to 6 percent in five years. 3M expects to meet that goal in 2017, with spending on R&D reaching approximately $1.8 billion.

“Moving into 2017, we are continuing to increase investments in targeted growth opportunities,” Thulin said, “which will help us deliver another year of efficient growth and strong cash flow.”

3M predicted organic local-currency sales growth of 1 to 3 percent in 2017, a similar outlook to last year. (The company is projecting over $30 billion in sales for the 2016 full year). Free cash flow conversion of 95 to 105 percent is also expected.