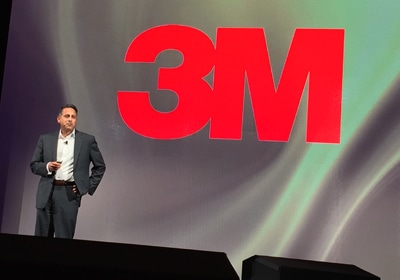 3M’s 2015 full-year forecast becomes bleaker, yet it believes the strategies that it is implementing now will pay off next year and beyond.
December 25, 2015

Citing continued slow growth of the global economy, 3M lowered its full-year earnings outlook once again on Tuesday after having decreased its forecast in October.

The Maplewood-based manufacturer of Post-It notes, Scotch tape and other industrial supplies told analysts that it anticipates earnings per share to be $7.55 versus prior guidance of $7.60 to $7.65. In part, 3M said its organic growth in 2015 would likely be about 1 percent against a prior range of 1.5 to 2.5 percent.

In a conference call, 3M CEO Inge Thulin said a declining demand for televisions, tablets and smartphones have weakened the company’s sales of adhesives, coatings and other materials used to construct electronic devices.

However, Thulin believes demand for 3M’s products “will come back again.” For 2016, 3M predicts its earnings per share at $8.10 to $8.45, an increase of 7 to 12 percent. As for organic local-currency sales, 3M also anticipates up to 3 percent growth.

“We remain committed to executing our playbook, controlling the controllable and making investments for long-term success,” Thulin said in a statement. “We are building our company for efficient growth in 2016 and beyond.”

Notably, 3M said in October that it planned to cut as many as 1,500 jobs in order to “further strengthen its competitiveness.” Since 2012, the company has realigned from six sectors to five and from 40 businesses to 26. Taking such actions have, according to 3M, made “the company leaner and better positioned to allocate resources to its most promising opportunities.”

As its “heartbeat” and foremost area of opportunity, 3M plans to invest $1.8 billion toward research and development next year. The company believes strategic acquisitions will best complement organic growth and support its premium margins and return on invested capital.

Additionally, 3M is shifting into a new standardizing business process through a global enterprise resource planning system. In four year’s time, the Maplewood manufacturer expects this effort could save up to $1.2 billion in operational savings and reductions working capital.