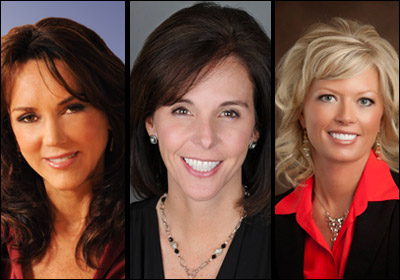 3 Of The Fastest-Growing Women-Led Cos. Are From MN

Three Minnesota businesses recently made a list of the 50 fastest-growing, woman-owned companies in the world.

The list was produced by the Women Presidents’ Organization (WPO), a nonprofit group whose members include female presidents, CEOs, and managing directors. The organization focuses on improving business conditions for female entrepreneurs.

Golden Valley-based Morning Star Financial Services, LLC, led by Rebecca Thomley, ranked eighth on the list. In addition to its financial management services, the company also operates Orion ISO, which provides services for disabled and elderly individuals in Minnesota. According to the WPO, Morning Star Financial Services’ revenue has grown by 1326 percent over the course of the last four years.

eCapital Advisors, LLC, a Bloomington-based provider of business analytics, ranked 33rd on the list. The company, led by Lisa David, saw its revenue climb by 386 percent between 2009 and 2013.

Burnsville-based Innovative Office Solutions ranked 34th. The company is led by Jennifer Smith and has grown revenue by 172 percent over the course of several years.

The WPO said its list includes “multimillion-dollar, privately held companies.” The average annual revenue of the companies on the list is $98.7 million. The 50 companies collectively employ about 22,000 people, and the businesses applied to be considered for the list.

“The companies that made it onto our list this year reflect the continued resourcefulness of women-led businesses,” WPO President and founder Marsha Firestone said in a statement. “We saw production soaring, with an average revenue growth of 203 percent from 2009 to 2013. Not only is the financial growth of these companies impressive, it shows that women entrepreneurs are making inroads in non-traditional businesses, such as information technology and transportation.”

Firestone pointed out that the companies on the list are dramatically outpacing the average annual sales growth of 5.4 percent for privately held U.S. companies. View the full list of fastest-growing, women-owned firms here.

The WPO noted that Minnesota has a particularly high concentration of fast-growing, women-owned businesses. The state has been recognized by other sources as well; for example, Minnesota recently ranked among the best states for working mothers and also ranked fourth on a list of best cities for female entrepreneurship.

Twin Cities Business recently spoke with 10 of Minnesota’s top women executives to learn about their leadership approaches and paths to success. Read their stories here.

On Mother’s Day, Governor Mark Dayton signed into law a wide-ranging measure that aims to close the gender pay gap and provide safer workplaces for women.