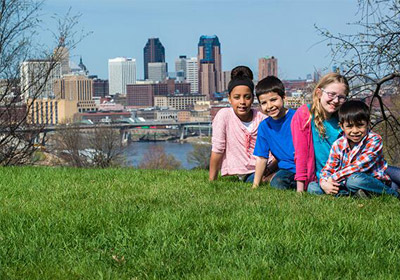 The Metropolitan Council on Wednesday approved a 30-year plan that anticipates a vastly different future for the Twin Cities, with a much larger, more diverse population facing significant transportation and water challenges, among others.

The plan also forecasts the addition of 550,000 new jobs, a 34 percent increase.

Among the problems that metro-area leaders face: inadequate transportation funding and draining groundwater aquifers, along with an aging wastewater infrastructure.

The transportation plan is ambitious, and at the direction of the federal government, will include policy direction beyond the seven-county (Anoka, Carver, Dakota, Ramsey, Scott and Washington counties) region.

When it comes to water, the 2040 plan notes that “our reliance on groundwater is unsustainable.”

The water resources plan calls for more regional partnerships and sustainability planning, given that “increased pumping of groundwater to support development is depleting aquifers, affecting lakes, streams, and wetlands. In some areas, groundwater levels have been dropping a foot a year since the 1970s.”

Thrive 2040 also forecasts a dramatically shifting population–by 2040, the metro could be 40 percent people of color. That can be a challenge because, traditionally, minorities have faced racial disparities in education and income.

The Metropolitan Council is the seven-county regional policy-making body tasked with long-term planning and anticipating growth–along with the water, housing, and transit challenges associated with it.

The Thrive MSP 2040 plan is designed by the council to be a guide for the panel as it sets policy. The plan “reflects our concerns and aspirations, anticipates future needs in the region, and addresses our responsibility to future generations,” the council says.

But Thrive 2040 has also come under fire as cities with competing interests question whether the plan favors other areas.

Suburban area leaders are worried that the plan favors the urban core, while Minneapolis officials are concerned the plan pays too much attention to suburban growth, the Star Tribune reports. Others question whether issues of “racial equity” will play too much of a factor in guiding growth decisions, the newspaper notes.

Minneapolis’ population recently hit 400,000 for the first time since the mid-1970s, as the city reverses years of decline.

The city’s population hit a historic high of 521,718 in the 1950 census, but dropped in the following decades as residents settled in the suburbs. The population has rebounded since it bottomed out at about 370,000 in the 1980s.