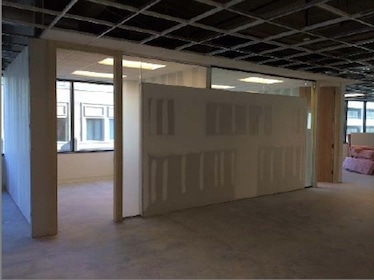 The firm has chosen RJM Construction, a Minneapolis-based general contracting company, to renovate 39,000 square feet of space spanning two floors in the Fifth Street Towers, located at 150 South Fifth Street in Minneapolis. Construction will begin in early March, the contractor said, and Moss & Barnett will move to its new headquarters location in August.

“[The new office space] gives us an opportunity to design a more efficient space to reflect changes in the practice of law,” Shroyer said.

He also said that the new offices will include more dedicated conference rooms and individual offices that are more technologically compatible, as well as a downsized law library (as a result of digital files).

Shroyer added that all 155 employees will move to the new offices.

Founded in 1896, Moss & Barnett specializes in accountant, business, employment, family, intellectual property, and real estate law, among other practices. It is among Minnesota’s 15-largest law firms, based on the number of licensed attorneys in the state.