With Stumpf Gone, What Do We Know About New Wells Fargo CEO Tim Sloan?

Sloan will be taking over the nation’s largest bank amid a storm of controversy, although his 29 years there was spent largely removed from the scandal events.
October 23, 2016 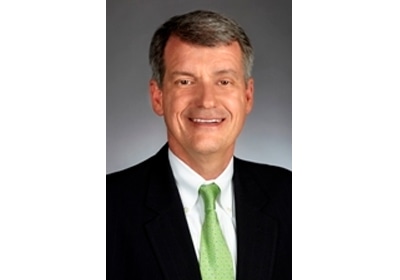 Wells Fargo president and chief operating officer Tim Sloan will take over as CEO, the national bank chain said Wednesday evening, after embattled CEO John Stumpf turned in his resignation both as chief executive and his seat on the board.

The resignations were effective immediately.

“John Stumpf has dedicated his professional life to banking, successfully leading Wells Fargo through the financial crisis and the largest merger in banking history,” said Stephen Sanger, who was also appointed to lead director of Wells Fargo’s board on Wednesday.

Stumpf began his banking career in 1982 at Minneapolis-based Northwestern National Bank in its loan administration department. He later became senior vice president and chief credit officer for Norwest Bank and eventually held numerous management positions at Norwest until its merger with Wells Fargo in 1998.

In 2007, right before the height of the Great Recession, Stumpf was handed the reins as CEO of Wells Fargo. The Pierz native whose alma mater includes St. Cloud State University and the University of Minnesota came under intense scrutiny in September after it was revealed Wells Fargo had opened as many as 2 million unauthorized accounts using customers’ identities, all in effort to boost sales numbers.

“[Stumpf] believes new leadership at this time is appropriate to guide Wells Fargo through its current challenges and take the company forward,” Sanger said. This contrasts sharply with his statement in September that he would stay in his role to “lead [the] company forward.”

Stumpf, in a statement, added that he felt “optimistic” about the bank’s future.

“While I have been deeply committed and focused on managing the company through this period, I have decided it is best for the company that I step aside,” he said. “I know no better individual to lead this company forward than Tim Sloan.”

So who is Tim Sloan?
Much like Stumpf, Sloan has a lengthy career at Wells Fargo. He joined the bank in 1987 as a member of its loan adjustment group. Over the years, he climbed the bank’s corporate ladder and in 2014 became the chief financial officer and head of Wells Fargo’s wholesale banking group.

While managing the bank’s wholesale unit—which makes up about 30 percent of Wells Fargo’s revenue according to 2015 figures—Sloan helped advise a number of significant deals. One of which was the $11 billion merger of Burger King and Canadian coffee and donut chain Tim Hortons.

In 2014, Sloan helped Burger King win an advisory mandate amid concerns that the fast food chain was performing a tax inversion by moving its headquarters from Florida to Canada. A report by Americans for Tax Fairness concluded that Burger King was primed to save as much as $1.2 billion in taxes over the next three years if the deal was approved—which it was. (Sloan later received a paper Burger King crown from his colleagues, the Wall Street Journal reports, which he kept on his desk.)

Nevertheless, Sloan’s wholesale banking unit at Wells Fargo exists as a separate branch from the bank’s consumer-facing business that is facing scrutiny and backlash. He did carry some involvement with the scandal, however, in 2015, the year he was promoted to president and chief operating officer of Wells Fargo.

Stumpf testified at the Senate Banking Committee hearing last month that Sloan had earlier in the year spoken with Carrie Tolstedt, former head of the community banking unit at the heart of the account scandal. As her boss, Sloan told Tolstedt that the bank would “go in a different direction,” which prompted Tolstedt to retire and ultimately receive about $90 million in compensation. This decision faced heat by Massachusetts senator Elizabeth Warren during the hearing.

Yet, Stephen Sanger, the lead director of Wells Fargo’s board, believes the board’s election of Sloan to CEO is the right one. “The board of directors has great confidence in Tim Sloan,” he said. “He is a proven leader who knows Wells Fargo’s operations deeply, holds respect for the stakeholders and is ready to lead the company into the future.”

Sloan, a 59-year-old Cleveland native who was educated at the University of Michigan, said he sees “tremendous responsibility” in his new role. “My immediate and highest priority,” he said, “is to restore trust in Wells Fargo.”