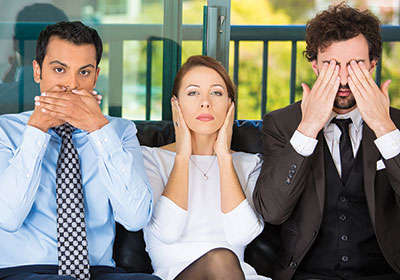 Why Thrivent Decided To Filter Its Philanthropy

Thrivent wanted to give its customers a greater voice, which brought it noisy dissent.
May 02, 2014

Thrivent, an $8.5 billion Minneapolis-based Fortune 500, is largely tax-exempt due to its status as a “fraternal benefit society.” Such organizations form around a common bond—for Thrivent, Christianity—and consider customers “members.” Thrivent distributes to charitable causes the money it would otherwise pay in taxes, and its nearly 2.4 million members have varying degrees of control over how funds are allocated via its Thrivent Choice program.

In late 2012, Thrivent began allowing members to add “any 501(c)(3) that was in good standing” to an existing roster of 24,000 eligible organizations, says Teresa Rasmussen, senior vice president, general counsel and corporate secretary. The move was meant to grant members “a greater say.”

“We knew the risk going in,” she says. “This will go under ‘lessons learned.’ ” Lutheran pastor (and non-Thrivent member) Michael Schuermann, who runs a blog called Daring Lutheran, lambasted the inclusion of “pro-abortion” organizations such as Planned Parenthood (added by Thrivent members). Adding fuel to the fire, he revealed PP was eligible for funds through Thrivent’s employee gift-matching program. The protest snowballed on social media.

To tamp down the flames, Thrivent instituted a “neutrality policy,” excluding organizations whose primary purpose is “certain social, politically partisan or health and human services causes and issues, such as abortion, sexual orientation or guns”—in essence, the model that governed Thrivent Choice for 20 years, says Rasmussen. Religious watchdogs that first cried foul now lament the exclusion of anti-abortion causes.

Thrivent differs from most businesses due to its religious ties, but its neutrality policy resonates broadly. Perhaps the most cogent lesson for businesses with philanthropic programs is how a seemingly meager amount of money can balloon into a cause cÃ©lÃ¨bre. Less than $70,000 of the $49 million awarded through Thrivent Choice in 2013 went to now-ineligible recipients, and only a “very minimal” portion of the $11.7 million distributed through employee gift-matching did, says a Thrivent spokesperson.

“The learning we took away is that . . . [members’] passion and mission wasn’t our passion and mission,” says Rasmussen, who adds that Thrivent is now “focused on the things that unite us and bring us together . . . [rather] than these few issues our members can’t agree on.”