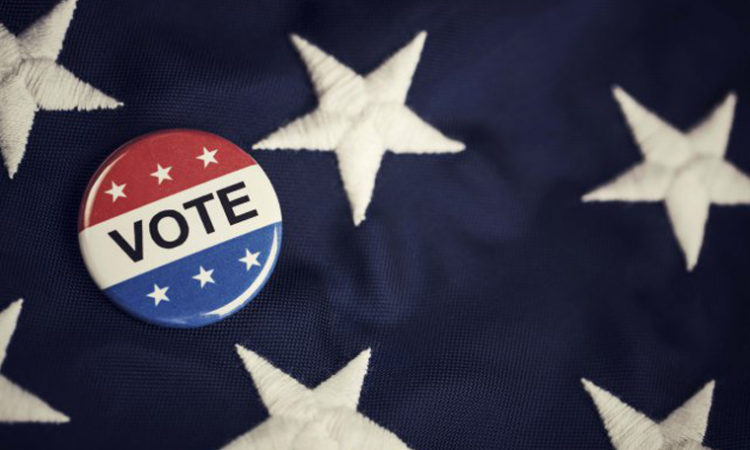 Control of Congress doesn’t hinge on Minnesota’s contested House districts, but it depends on districts like them across the country.
By Sam Brodey
November 06, 2018

Minnesota may be the center of the political universe on this upcoming election night — and not just in the eyes of Minnesotans.

For both Republicans and Democrats, the road to the majority in the U.S. House of Representatives — where Democrats need pick up 23 seats to take control — runs through Minnesota, which is home to five districts considered to be among the most competitive in the country. Both parties have flooded Minnesota airwaves with an eye-popping $40 million in outside cash, solidifying its status as a must-watch battleground.

But Minnesota doesn’t just have a large number of competitive races: the ones it has could be especially important on Nov. 6. Maybe more so than any state in the country, Minnesota is a showcase for the range of possibilities and pitfalls for each party as they seek to navigate a political environment upended by Donald Trump’s 2016 election victory.

In two suburban districts that have long been GOP turf, Minnesota’s 2nd and 3rd, Democrats are working to win over affluent suburbanites alienated by the president; meanwhile, in the open-seat 1st and 8th Districts of southern and northern Minnesota, Republicans are aiming to lock in Obama-to-Trump voters as part of the new political coalition formed by the president.

But you probably know all that. So where do things stand in the rest of the country on the eve of the election, and what does it mean for Minnesota?

Where Minnesota’s races fit on the national map

On Tuesday, Americans will vote in 435 U.S. House races and 35 U.S. Senate races, but only a handful of those races are considered competitive. The Cook Political Report, a leading election forecaster which ranks the competitiveness of races, currently finds that 73 House races are either complete toss-ups or lean slightly in favor of one party.

At one point, four Minnesota districts — 1, 2, 3, and 8 — were rated as toss-ups, which gave the state a greater number of toss-ups than any state besides California, which has 53 congressional districts to Minnesota’s eight.

Dynamics have shifted in the home stretch, but Minnesota remains probably the most important state in the Midwest in determining the next majority, edging out Illinois and Michigan, which all have several races in play. In the east, New York and Pennsylvania — which was forced by state judges to redraw its congressional districts to make them more competitive — both have a trove of high-priority races. California is home to a dozen-some competitive races, so the balance of the House could hang on the Golden State, where polls will close at 10 p.m. Central on Tuesday night.

Back in Minnesota: the race in CD1 is, per Cook, one of 30 toss-up seats, and the only one currently held by a Democrat. Most prognosticators have put CD2 and CD3 in the “lean Democratic” column, meaning that GOP Reps. Jason Lewis and Erik Paulsen are slight underdogs. They’re two of seven incumbents in this group of the most endangered Republicans.

CD8, meanwhile, is the only Democratic-held seat among a group of 29 races that Cook estimates to lean Republican — shoring up Pete Stauber’s status as the most likely Republican candidate to flip a seat anywhere in the U.S.

A wildcard race is Minnesota’s 7th, where DFL Rep. Collin Peterson is seeking a 15th term. This very rural western Minnesota district went for Trump by 32 points in 2016, as Peterson defeated Republican Dave Hughes by five. With Hughes running again, CD7 hasn’t been on either party’s priority list this cycle. (Cook lists it as “likely Democratic,” but RealClearPolitics, a news site and poll aggregator, placed it as a “toss-up” last week.)

As Democrats expanded their framework for a sweeping win in late October by targeting races in Alaska, South Carolina, and other deep-red areas, CD7 was one of a few places where Republicans broadened their offensive effort in the election’s home stretch by bankrolling ad attacks on Peterson.

No two races are the same, but there are a few districts on the eastern seaboard worth keeping an eye on Tuesday evening to get a sense of how Minnesota’s races could go.

New Jersey’s 7th District, which encompasses suburban and rural areas outside of New York City, is pretty similar to CD2. Both districts are affluent, at least 80 percent white, and lean Republican by roughly the same amount, according to Cook’s Partisan Voter Index. (One difference: NJ-7 went for Hillary Clinton by 1.5 points, while CD2 went for Trump by 1.2 points.)

Incumbent GOP. Rep. Leonard Lance, who unlike Lewis did not vote for the GOP’s tax bill, is generally given a 50-50 chance of defeating his opponent, former Obama administration diplomat Tom Malinowski.

For those interested in CD3, watch Virginia’s 10th District, whose Rep. Barbara Comstock is seen as perhaps the most vulnerable Republican incumbent in the House. VA-10 spans suburbs and exurbs west of D.C., and it’s one of the wealthiest and most well-educated districts in the country. Like CD3, the district has been represented by a Republican for most of the last 60 years, but voters here went for Clinton in 2016 by a similar margin of 10 points.

Comstock, like Paulsen, has worked hard to persuade voters that she’s independent from Trump, but Democratic groups have deluged them with attack ads suggesting otherwise. Public polling finds both incumbents down, and by the time the dust settles on the midterms, GOP groups will have poured millions of dollars toward all-out efforts to save both of them.

CD1, CD7, and CD8 are very unusual districts in this political moment: they are three of just a few mostly rural districts that are held by Democrats and went decisively for Trump in 2016. There simply aren’t other races with similar dynamics, so to get a sense of these, it’s best to watch how mostly rural seats held by Republicans — but have Democratic or mixed voting histories — behave.

New York’s 19th District, which covers suburbs and small towns between New York City and Albany, is an Obama-to-Trump district held by GOP Rep. John Faso. Like CD1 and CD8, NY-22 is is overwhelmingly white and has a similar median household income hovering around $60,000. Faso, a key vote in favor of the GOP plan to repeal and replace Obamacare, is a slight favorite to win, but some polls have shown his opponent, Antonio Delgado, with leads. As they have with Democratic candidates in CD1 and CD8, outside GOP super PACs have slammed Delgado with personal attacks, including an ad featuring him rapping that was widely considered racist.

Closer to Minnesota, Illinois’ 12th District, which spans the southern tip of the state, had a similar Obama-to-Trump swing — roughly 16 points — as CD1 did. GOP Rep. Mike Bost is trying to beat back a challenge there from Brendan Kelly, a county attorney emphasizing his work on the opioid epidemic, in a race that is generally rated as a lean-GOP contest.

What the rest of the country will take away from Minnesota

Democrats could, of course, win a majority without knocking off Lewis and Paulsen, but they are the exact kind of incumbents Democrats need to beat if they’re to build even a slim majority. If the two incumbents hold on, that could mean that there won’t be much of a blue wave on Tuesday; it would also be a necessary step in an unlikely scenario: a GOP hold of the House.

But if Lewis and Paulsen do indeed lose, it’s no sure sign that Democrats will perform well enough nationally to pick off the tougher seats on the margins that would really signify a wave election. (If Dean Phillips and Angie Craig win their races decisively, then that’s another story.)

For the GOP, wins in CD1 and CD8 would be a good omen, but not one that would especially indicate they could hold onto the majority — again, these could be the only two seats they flip in the entire country. (Even in 2010, a historic wave year that saw 52 incumbent Democrats lose, Democrats managed to flip three seats.) But it’s safe to say that if Jim Hagedorn in CD1 and/or Stauber in CD8 lose, it probably won’t be a good night for Republicans nationally.

While national political dynamics set the field of play, it’s important to keep in mind that candidates matter, and good ones can rescue a race that their side might be expected to lose. Stauber, for example, has been credited for emphasizing his biography — former police officer, hockey player — to get traction in the blue-collar but traditionally Democratic-leaning 8th. In the 1st, Democrat Dan Feehan — an Iraq War veteran and former teacher — has been able to do something similar, putting himself in a competitive position in this traditionally Republican-leaning area.

And though districts like New Jersey 7 and Minnesota 2 might be similar, Lewis has embraced Trump and been outspoken on his votes in favor of the tax bill and repealing Obamacare. In New Jersey, Lance has taken a moderate tack and emphasized that he’d be a check on Trump. Tuesday will also be a test of which strategies of navigating Trump work for Republicans, and where.

What about the Senate?

Minnesota is one of two states where both U.S. Senate seats are on the ballot in this midterm. (The other is Mississippi.) Nationally, Republicans are highly favored to keep control of the Senate, and possibly expand their majority, thanks to a historically unfavorable map for Democrats: they are defending 10 incumbents in states that Trump won in 2016 — and one incumbent recently under federal investigation. In order to win a majority, Democrats would need to run the table in that category, which means winning in deep-red states like North Dakota and Missouri, while also flipping several seats held by Republicans in Nevada, Arizona, and Texas.

So, when it comes to the battle for the Senate, Minnesota will be an afterthought for most politics-watchers: Sen. Tina Smith, who was appointed by Gov. Mark Dayton to fill the seat that Al Franken resigned in January, has managed to keep herself off national Republicans’ top target list. She’s led GOP state Sen. Karin Housley in every poll, and national groups largely have not come in to attack Smith, figuring their money is better spent against Democrats in redder states. (Cook rates the special election race as “lean Democrat.”)

But the Smith-Housley contest could be a gauge of the resonance of Democrats’ and Republicans’ national messaging on a statewide level. Housley has embraced Trump but less so than Republicans running elsewhere; Smith has not made anti-Trump messaging a major theme of her campaign. Of the states holding a U.S. Senate election on Tuesday, none had a narrower margin of victory for Clinton in 2016 than Minnesota.

Next door in Wisconsin — which went for Trump by about the same margin as Minnesota went for Clinton — a similar Senate race is unfolding: Democratic Sen. Tammy Baldwin is favored against an establishment Republican state senator, Leah Vukmir. It’s a race Republicans have wanted to compete in but have increasingly written off.

Finally: DFL Sen. Amy Klobuchar is on the ballot tomorrow, and the only real question will be how big her margin of victory is over state Rep. Jim Newberger. Klobuchar is mentioned as a possible candidate for the 2020 Democratic presidential nomination, and other would-be candidates — chiefly Sens. Elizabeth Warren and Kirsten Gillibrand — are up for re-election in their states, too.