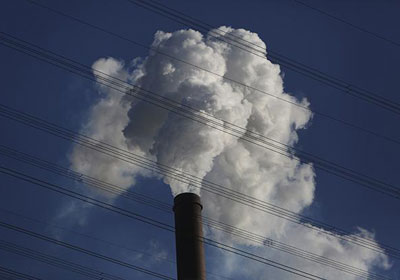 The new regulations set aggressive carbon-emissions reduction targets for Minnesota — that is, if they are even legal.
March 22, 2015

WASHINGTON — It has one of those sunny, innocuous Washington-esque names that doesn’t nearly convey its scope, or the controversy it’s about to attract.
The Clean Power Plan is an ambitious proposed rule from the Environmental Protection Agency to reduce greenhouse gas emissions by 30 percent nationally before 2030. The rule sets individual reduction targets for each state, but state governments have the leeway to write proposals for reducing their emissions as they see fit.

The rule will be expensive — the EPA projects compliance costs could eventually hit $8.8 billion annually — and utility companies are leery because the plan targets coal, a cheap and prevalent source of energy.

Many Republicans are downright hostile towards it, which indicates legislative and legal challenges.

But until those challenges materialize, many states are pushing forward formulating their approaches to reducing carbon emissions under the plan. Minnesota is one of them. Under the EPA’s plan, the state has one of the most aggressive reduction targets in the nation, but one that officials say they expect to hit.

“When you look at the programs that we have in place, I think they’re all moving us down the pathway that will allow us to approach the target the EPA has proposed,” David Thornton, a Minnesota Pollution Control Agency administrator, said at a Capitol Hill event on Tuesday.

Minnesota to rely on 2007 state law
Minnesota’s target is a 41 percent reduction in carbon dioxide emissions from power plants by 2030, using 2012 numbers as a starting point (that number could change before the EPA finalizes its rule this summer).

Minnesota’s target is one of the highest in a nation, largely due to the state’s lower-emission natural gas power plants, and an EPA expectation that it will rely on those more going forward than elsewhere.

Carbon emissions targets
Minnesota had one of the lowest carbon emissions rates of peer states in the Midcontinent Independent System Operator power transmission network but its carbon-emissions-reduction target set by the EPA is among the most aggressive, at 41%.

States aren’t bound by the EPA’s expectations of how they will hit the targets, as long as they meet the percentage-reduction goals. There are a few options available to states: they can clean up existing power plants (many of Minnesota’s biggest are coal-based), rely on renewable or nuclear power, reduce demand through energy efficiency programs or some combination of those.
Minnesota officials have their misgivings about the target, and they hope the EPA will tweak it before it finalizes its rule this summer. They say the guidelines are based on some faulty data, and they would like to be able to take credit for work Minnesota did on emissions before 2012, the year that set the EPA’s emissions baseline.

In spite of concerns about Minnesota’s specific target, state officials are supportive of the plan in general. “We don’t want the EPA to weaken it overall, because we want it to be as aggressive as possible,” Thornton said.

The state is considering how to comply with the plan, and Thornton is bullish on Minnesota’s ability to meet even these lofty goals because they could fit under a law the state already has in place. In 2007 lawmakers approved the Next Generation Energy Act, which sets a goal of reducing greenhouse gas emissions before 2050, requiring utility companies get 25 percent of their power production from renewable sources by 2025, and improving efficiency in the state’s electric grid annually.

Compliance with that law could help the state reach the goals set by the EPA. MPCA numbers show greenhouse gas emissions from electricity use fell by 16 percent between 2003 and 2012, and Thornton said the state’s utilities are on pace to meet their renewables goal. Some Democrats, in fact, wants to increase the renewable energy standard to 40 percent by 2030.

“We would like to see that happen. It would certainly help. And we’re certainly headed that direction anyway,” Thornton said. “There are a lot of good reasons to increase the renewable energy standard. Until we know what EPA’s final target is, it’s hard to know if we absolutely need to do that.”

Industry: EPA has exceeded authority
The Clean Power Plan is central to the Obama administration’s approach to tackling climate change, and it’s an aggressive plan, enough so to have drawn backlash from energy companies.

Utility groups, including those backed by coal interests, have warned that the plan could lead to higher fuel costs for consumers (coal is cheap) and a less efficient power grid (environmental groups and regulators say experience doesn’t back that up). In coal producing states like Kentucky, officials and lawmakers worry it could mean less demand and fewer jobs.

The industry has also questioned whether the EPA has the power to enforce these rules. The agency made the rules under a section of the Clean Air Act that the EPA says gives it power to regulate emissions from existing power plants, but the industry — and several red-state governors who have already sued over the rules — dispute that interpretation of the law.

Minnesota’s affected power plants
According to the MPCA, the following power plants in Minnesota will be affected by the EPA’s proposed rules.

Jason Bohrer, the CEO of Lignite Energy Council, a pro-coal group of energy companies in North Dakota and Minnesota, said he thinks the agency may also be overstepping its bounds, or at the very least, its expertise, by so strictly regulating power plants. The agency knows how to deal with pollution, he said, but not necessarily the energy industry.

Politics could get messy
Bohrer said state regulators are making a “good faith effort” to write plans that give utility companies flexibility to comply with the rule. But rather than giving the EPA the job of writing new power plant regulations, Bohrer recommended a more democratic, but dramatically less likely, approach: ask Congress to do it instead.
“I think people in the industry have said, whether we get [regulation] from EPA or from Congress, it’s probably on its way,” he said. “But we would rather have a legislative solution rather than a regulatory solution.”

Already in St. Paul and Washington, lawmakers are considering how to deal with the Clean Power Plan, but they’re unlikely to find any common ground on what should come next.

Republicans in the state Legislature have said they want to be able to sign off on any new Minnesota emissions plan under the EPA’s requirements. A House panel passed a bill saying so Monday, over objections from some Democrats and the MPCA, which says it would constrict the time they have to write their plan.

“The timing issue is difficult enough, and that would take what is already an aggressive 12-month work process and collapse it into six months,” Thornton said.
In Washington, two coal-country Republicans hold key positions that would let them take direct aim at the plan if they want to.

First, Kentucky Sen. Mitch McConnell is the Senate Majority Leader. He wrote an op-ed last week encouraging states to not write their own clean power regulations and let the federal government step in and do it for them. That could help bolster legal challenges against potential EPA overreach, he wrote.

John Moore, a lawyer with the Natural Resources Defense Fund, said he doesn’t expect that to happen in many places. States will want the flexibility the plan provides them to define their own emissions standards.

“It would be foolhardy to the extreme,” he said.

McConnell's power is blunted by the fact he would need a lot of Democratic support to avoid a filibuster and pass something though the Senate. But there's also Kentucky U.S. Rep. Hal Rogers, the chairman of the House Appropriations Committee.

Rogers’ committee handles federal spending, and could conceivably use the power of the purse to try blocking the plan. When EPA administrator Gina McCarthy testified before the committee last month, Rogers criticized President Obama’s budget for requesting $4 billion to help states begin to implement their emissions plans, which he said “are shuttering power plants all over the country and causing coal mines to close their doors.”

Republicans might be able to find a few coal-state Democratic allies in any potential fight against the EPA, but many Democrats have sided with the administration — Minnesota Sen. Al Franken released a statement Tuesday saying the EPA’s proposal will “help clean up the air and create a lot of renewable energy and energy efficiency jobs in Minnesota and across the nation.”

Finally, if Republicans do try to force the issue legislatively, Obama would likely threaten to veto anything they try to do against the rules.

All of that — a president pushing a legacy policy, an important (and deep-pocketed) industry opposed to that policy, and a divided Congress — make a legislative fix to the plan unlikely. Legal challenges to the EPA’s authority are inevitable, but until then, states across the country will have to determine how best to meet their new goals.