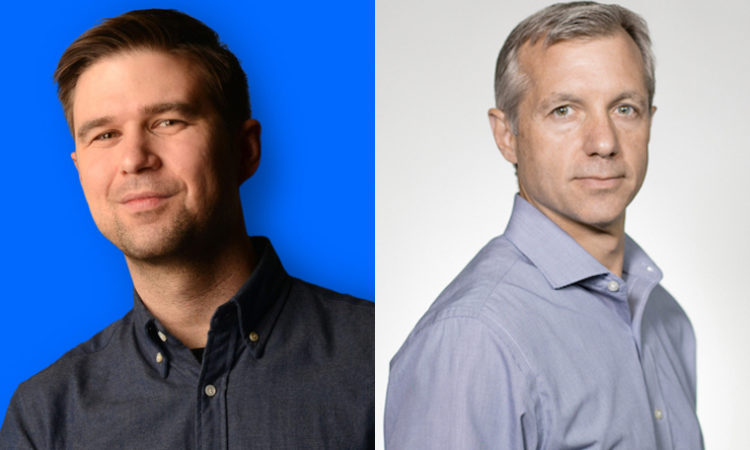 Why Leadpages CEO Clay Collins is Stepping Down

Collins felt his startup would have a better chance to grow if handled by his “friend and mentor.”
By Sam Schaust
July 27, 2017

After about a year of coffee and conversation, Collins made Tedesco an official advisor of the company he cofounded. Before long, Tesdesco became chief customer officer at Leadpages, then chief operating officer and, starting August 1, he will take over the company as CEO.

Collins announced the change in a blog post Thursday. His reason for handing over the reins to his “friend and mentor,” he wrote, was because he wanted to allow Leadpages to scale—something he felt wouldn’t happen under his leadership.

“Building a company is one thing. Running a large business at scale, however, is something entirely different,” Collins wrote. “All in all, I think I’m a pretty good $0-$20M startup CEO. But we’re well beyond that now and it’s time to have the scaling dude in the seat to take us to $100M+. And that dude is John Tedesco.”

Minneapolis-based Leadpages has grown rapidly in its four-and-a-half years, landing among the world’s fastest growing companies on the Inc. 5000 list for three years in a row. Revenue today tops $25 million (not counting money Leadpages receives from services, coaching or its certification program, Collins noted). The company, known best as a website landing page creator, boasts a staff of 175 and more than 46,000 customers.

“As we grew [to] over 100 people, I had to spend more time on process and organization, and I just wasn’t passionate about these things,” Collins said in his letter. “I’d rather spend time strategizing about the future of marketing and thinking about high-level problems than running leadership team meetings or working on incentive plans.”

Instead, Collins will transition to executive chairman of Leadpages’ board of directors on the day of Tedesco’s promotion.

“We’re pursuing a massive market opportunity, backed by investors with long-term vision and one of the best teams anywhere,” Tedesco said in a statement. “I’m excited to build upon the strong foundation Clay has created as we empower more businesses to convert customers through automated, personalized marketing.”

Leadpages board member and Drive Capital co-founder Chris Olsen called the move to replace Collins with Tedesco “an easy decision.”

“He kept raising his hand to take on more responsibility, and everything he touched turned to success,” Olsen said in prepared remarks.

Collins agreed that Tedesco’s role in the company had grown tremendously over just two years, ultimately hitting the point where Leadpages’ C-suite was mostly reporting to Tedesco.

“Prior to John’s new role, our CFO, VP of Engineering, VP of Product, Directors of Customer Support and Customer Success all reported to him (which means John essentially managed—directly or indirectly—over 80 percent of the org chart),” Collins said. “And to top it off, John runs our leadership team meetings … so he’s effectively been running the company already, just without the official title.”

A change of leadership between a founder and an industry veteran isn’t entirely uncommon for startups, particularly in the tech industry.

In fact, a near-symmetrical case took place earlier this year at ClassPass—a New York-based fitness startup founded the same year as Leadpages. The company scaled fast, reaching an estimated $180 million in revenue in 2016 and over 200 employees. In March, founder Payal Kadakia announced she would step down from her CEO role and become the executive chairman of ClassPass’s board. Taking her place was one of the company’s earliest investors, its then-executive chairman Fritz Lanman, who spent nearly a decade in leadership at Microsoft.

About six months before that, Christian Chabot, the CEO of data visualization company Tableau, relinquished his CEO role to Adam Selipsky, an 11-year veteran of e-commerce giant Amazon.

In regards to Leadpages, the leadership change was a mutual decision (and the result of a search) made by Collins, the company’s board and its C-suite.

“I’m thrilled that our top candidate ended up being one of our very own,” Collins said. “There is simply nobody better for the job.”