Who Really Runs Your Business? 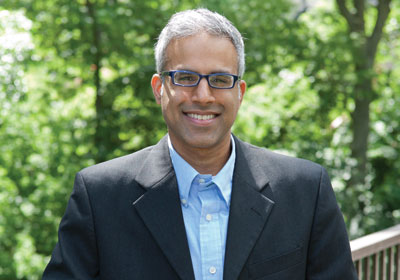 That quiet woman who sits over by the women’s restroom? As her manager, you knew she does good work; she doesn’t gab in other people’s cubes or surf online. You didn’t really pay her much attention. Then a consulting firm called Keyhubs reveals something shocking: She knows more about your company’s products and customers than anyone else—even you. When your people need help, they turn to her.

“Businesses have social networks—people come together and they forge friendships,” says Vikas Narula, creator and cofounder of Minneapolis-based Keyhubs. “Business literature will tell you that that’s how work actually gets done—through social networks.”

Keyhubs’ analysis of this company’s business unit demonstrates how the people whom employees (denoted by numbers) trust most for help and knowledge (top, with the most “influential” people represented by the biggest circles and most interconnections) aren’t necessarily the highest in the company hierarchy (below).

Many managers get this; many others don’t. Even those that do often don’t have a clear understanding of how those networks function—who has key knowledge, who’s the person that colleagues trust and rely on most. That’s what Narula and Keyhubs are helping companies understand: how those networks work, and how to marshal them for greater effectiveness.

The idea behind Keyhubs came to Narula while working as director of technology and development for Eden Prairie–based radiology services company Virtual Radiologic. While there, he pursued an MBA at Duke University. He worried that Duke “would teach me all the dumb ways to make decisions that some managers I’d worked under had made. After all, they all went to really fine business schools,” he says wryly. To Narula’s happy surprise, Duke’s program turned out to be less tradition-bound. Among the ideas he encountered was that of informal networks. “A light bulb went on,” he recalls.

Narula hunted for web-based tools to map and understand informal business networks, and found none. So working with fellow MBA student Ron Dees, Narula raised some capital and built his own. Response was sufficiently encouraging that he left Virtual Radiologic in 2009 and made Keyhubs his full-time gig. About a third of its clients are Fortune 500s; it also has worked with several nonprofits. Keyhubs’ sweet spot, he adds, are “teams of between 20 and 200 people.”

In a typical consulting project, Keyhubs conducts a confidential online survey of employees. Keyhubs then takes the results of the survey and generates a “map” that shows how the various employees are connected with each other. Those with the most connections are “influencers”—the colleagues whom employees most rely on for help and information. In most cases, these influencers are the people who drive much of a business’s success.

Narula is by no means an anarchist. “Hierarchies have their place,” he says. “But they don’t tell you how work is really being done.” Managers’ decisions can often seem arbitrary; people don’t seem to be in the right positions. “The higher up you are in an organization, the less you know” about influential people lower down in the hierarchy, Narula says.

Why is this information important? For one thing, it can help a business reorganize itself for greater effectiveness. “Companies are always trying to change, evolve,” Narula notes. “But a large percentage of change projects end up falling flat. They get all the processes and procedures in place, but they kind of forget about the people element.” Another use is succession planning—who’s really the best person to take over a top management spot.

Earlier this year, on the threshold of a reorganization, the Safco office products division of New Hope–based plastics and metal fabrication company Liberty Diversified Inc. consulted with Keyhubs. Safco Products General Manager Nat Porter calls the Keyhubs report, which was delivered in April, an “invaluable” part of the redesign. Porter says that the report helped him identify the most knowledgeable people in the organization, and has helped him identify “the people I need to get on my side as I implement big changes for our business.”

Porter adds that a company working with Keyhubs should be prepared to hear some things that it might not like to hear. “Some of the people on your top team may be having a negative impact on the business,” he says.

Andrew Gaillard, director of U.S. product marketing for Fridley-based Medtronic, used Keyhubs to assist in reorganizing a company department. He says that the Keyhubs analysis provided a good way for people to learn more about themselves and how others see them in the organization, and how they can improve, particularly in regard to their soft skills. In addition, Gaillard says that Keyhubs’ analysis is making the reorganization more effective because he can leverage the influencers to drive better alignment and excitement around key initiatives and information.

What clients discover, Narula says, is that they discover “the people who are highly connected, highly influential in an organization that they don’t know about or aren’t aware how influential they are.” For managers as well as for their team members, who you know is as key as what you know.