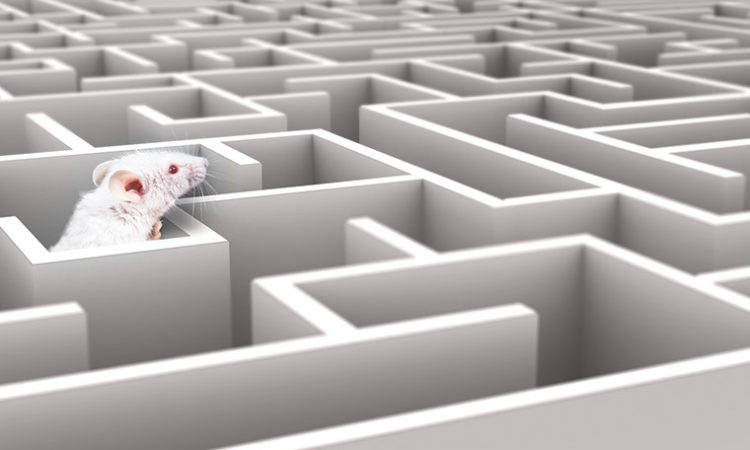 Who Moved Your Cheese?

In Ken Blanchard’s book Who Moved My Cheese? he created four imaginary characters: Sniff, Scurry, Hem and Haw, who are in a maze looking for cheese. The cheese is a metaphor for what we want in life—a job, relationship, house, money, freedom, health, recognition, spiritual peace, etc.—and each character represents the simple and complex parts of ourselves.

The biggest threat to Minnesota’s continued global leadership is that most of our wealth, power and influence remain overly concentrated in a homogenous cohort of white men and women older than 50.

Though nearly 20 years old, this wonderful read is timely as we contemplate the future of our region and consider its changing social, political and economic paradigm. This includes witnessing the transitional roles of some of the great leaders who have helped put us on the world map, and keep us there: Richard Davis, Mary Brainerd, and Ken Powell among others.

If we are going to sustain our world-class position, it is critical that we fully embrace the “rat” that has traditionally been regulated to the ancillary parts of the economic room. Who or what is that rat? It’s race, age and technology.

The biggest threat to Minnesota’s continued global leadership is that most of our wealth, power and influence remain overly concentrated in a homogenous cohort of white men and women older than 50. Now, let me emphasize that I work closely with, fully respect and admire this group of leaders and acknowledge the work they have put in to earn the assets and recognition they have attained. Unfortunately, the aforementioned concentrations can create a certain level of group-think and blind spots that can potentially limit our future productivity, innovation and resiliency as a region.

The first blind spot seems to revolve around race. This systemic issue has had many names, such as gaps, disparities, diversity, equity and even radical inclusiveness. Yet most of the approaches to solving the issue still seem to fall predominantly outside of the primary economic agenda. As a result, the policies, programs and initiatives typically have two similar attributes: They are nonprofit led and they are undercapitalized.

My contention is that adequate investment in the minority-owned private sector and entrepreneurship is the key ingredient to transforming racial outcomes. According to a recent Metropolitan Council report, our region compared to similar cities is at the bottom of the pack in its share of minority businesses as a ratio of their representation in the population as a whole. To be world-class this must change.

The millennials, Gen Zs and younger generations just see the world differently. Unfortunately, they are often not in the room when important regional decisions are being conceived, vetted and determined. I am on 11 influential boards, and as a mid-1970s baby, I am usually the youngest participant in the room. Most, if not all, of these boards have a hierarchy structure to influence for decision-making, culminating in the executive committee. A preference for “prove yourself worthy of admission” that favors incumbency and limits new or opposing ideas seems to be the default ideology. This structural comfort will need to be challenged in this age of acceleration and talent shortages if we are to succeed.

The final blind spot seems to revolve around technology. The revolution has arrived! What started out as streaming music has grown into Spotify, Facebook, LinkedIn, Twitter and Instagram. Personal computers are phones and pads. Kids don’t play outside; they’re too busy with gaming consoles. Supercomputers are now handheld devices.

But for the homogenous cohort listed above, technology still seems to be a tool for the economic agenda in lieu of the primary economic model itself. The ability to leverage technology to improve engagement, analyses and holistic outcomes, while also increasing valuation through information, use and volume, is still being constrained by a general lack of understanding and utilization by those in real power in our region.

An example of these blind spots coming together in a traditional business situation happened about a month ago, when two highly acclaimed real estate executives were asked about the vacant Macy’s building downtown and possibilities for future use. The traditional economic model for real estate downtown is rooted in office towers or big retail. However, neither seems to work at this time.

A big reason they do not work is that real estate prices are vastly overvalued, in particular in downtown environments. Another reason is that the economics of office environments and retail are changing because people’s preferences are changing. Younger and hipper workers do not want or need to work in big offices, when they can do most of their work from laptops and iPads in more congenial situations; they also don’t use brick-and-mortar stores for shopping as much as anymore, thanks to Amazon.

The appropriate use of the space is going to need new and fresh ideas, such as gaming tech centers, virtual experience HR training centers, and other cool uses. Can you imagine the biggest virtual gaming and training center in the U.S. in the heart of the downtown hospitality, entertainment and business district, between U.S. Bank stadium and the renovated Target Center, with a $1 million John Madden football gaming tournament for the Super Bowl? Now that would attract millennials.

My hope is that these great stars of yesterday and today will truly prioritize their primary economic agendas, embrace the “rat” in the room, and be intentional in investing in the future of our region.

In the meantime, take care of yourself and each other!