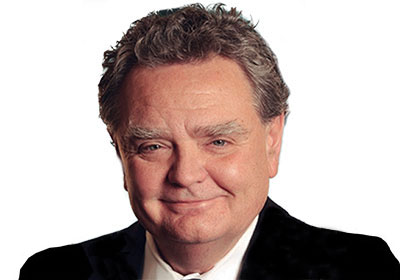 Where Do Your Insurance Premiums Go?

A look at what those hard-earned dollars are buying.
April 01, 2016

When I open up my wallet to check if I have enough money to pay for something, my first thought typically is: “Hmm. I thought I had more.” My second thought is: “What did I buy? I have no idea.” And my third thought is: “I’m sure they take plastic. I’ll take two.”

As an employer, you probably have a similar experience when you think about how much you spend on health care services and health insurance benefits for your employees. You know you’re spending more, but you don’t always know what you’re spending it on.

Thankfully, the federal government employs an army of actuaries to track in great detail how health care dollars are spent in the United States. My guess is you’re too busy running your business to read their reports and know where your contribution to national health expenditures is going. So I’m going to highlight some key findings from their most recent report (go.cms.gov/1O1cWhR) and identify a few trouble spots to encourage you to start asking questions before you get your next premium statement.

According to actuaries from the Centers for Medicare & Medicaid Services, total national health expenditures (NHE) jumped 5.3 percent in 2014 to a little over $3 trillion, or $9,523 per person, and represented 17.5 percent of our gross domestic product. The increase is nearly double that of 2013, when NHE rose just 2.9 percent to $2.9 trillion, or $9,115 per head, and consumed 17.3 percent of GDP.

The net cost of health insurance essentially is the profit generated by private and public health insurers. That’s after private insurers complied with the Patient Protection and Affordable Care Act’s medical-loss ratio rules.

When you add up those four—hospitals, doctors, drugs and insurers—you get nearly $2.1 trillion, or more than two-thirds of all health care spending in 2014. Everything else, as an old editor of mine used to say, is chump change.

How much did you pay for health benefits for your employees? I don’t know. But, according to the CMS actuaries, employers collectively paid $888.8 billion for private health insurance for their workforce in 2014, with employers contributing $654.1 billion, or 73.6 percent. Employees picked up the $234.7 billion (26.4 percent) balance.

Employer contributions to private health insurance benefits for their workers rose 3.7 percent in 2014 after a meager 1.7 percent climb in 2013 (see chart). If your health premiums increased by more than that each year, you may not have gotten the best deal. But, at the very least, you now know where your money went.

It was mostly good news for Minnesota in the Commonwealth Fund’s latest annual Scorecard on State Health System Performance (bit.ly/1RCz1Gc). The scorecard judges how well a health care system in a state does what it’s supposed to, using 42 different measures of performance separated into five broad categories: Access and affordability, prevention and treatment, avoidable hospital use and cost, healthy lives, and equity. Minnesota was the only state to rank in the top 25 percent in all five categories in 2014, though it finished first in only one. Here’s where the state ranked in each:

What this tells me is what you as an employer intuitively know already: Your employees generally are healthy because they choose to lead healthier lifestyles. But the health care system that you foot the bill for needs to do a better job of nudging the health slackers along and serving the most vulnerable patient populations. Not doing so makes the system more expensive for everyone and adds to your health care costs directly and indirectly through higher premiums for health benefits for your workers. It’s time to ask your carriers and your providers what they’re doing this year to up their performance on prevention and treatment and on reducing health care disparities.