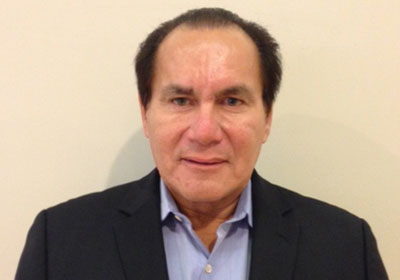 Where Are They Now? A Look at Leonard Prescott

In November 1993, Leonard Prescott was chairman of Little Six, Inc., the gaming enterprise owned and operated by the Shakopee Mdewakanton Sioux (Dakota) Community. The year before, he had lost his bid for re-election to tribal chairmanship, a position he had held since 1984. Our profile focused on Prescott’s push to diversify the tribe’s business holdings beyond Mystic Lake Casino and other gaming operations, including the 1992 purchase of a construction equipment company. But in 1994, Prescott’s ouster from Little Six ignited political and legal battles that raged for years. “Those legal battles were resolved in the last year or so,” says Prescott, now 61, who transitioned into consulting work for other American Indian tribes around the country on casino and government-related business issues. 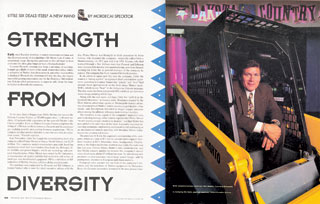 In 2008 he and consultant Craig Aizman founded EagleVisions Energy, with a focus on energy-efficient lighting and retrofits. By 2010 they had branched out to provide interior and exterior signage systems, with a focus on sustainability. “I thought EagleVisions could be successful because there were not any Native American people involved in lighting retrofits, and later, signage, that I know of,” says Prescott, the firm’s CEO and president. The next year, EagleVisions added a third product line, offering decorative wall panels and architectural materials for commercial applications. Signage, which Prescott says is now “our bread and butter,” accounts for half of the company’s revenues, with architectural materials adding another 40 percent, and energy-efficient lighting and energy management contributing 10 percent.

Last year, the company—now owned by Prescott, Aizman, and Craig Spencer—changed its name to EagleVisions Sustainable Products, LLC, to reflect its expanded capabilities. “EagleVisions will protect the Earth as an honored friend and benefactor of future generations according to the wisdom of our ancestors,” Prescott says.

Meanwhile, the phenomenal success of Mystic Lake (launched under Prescott’s leadership) has made the Shakopee Mdewakanton Sioux Community the largest employer in Dakota County and a major philanthropic force. As a member of the tribal community, Prescott receives per capita payments that he acknowledges allow him to live “a fairly comfortable lifestyle.” He still attends tribal meetings but not does have any hands-on involvement in tribal affairs. With the ascendance of a new tribal chairman last year, Prescott hopes to rebuild broken bridges and advance his longtime dream of diversification for American Indians: “I’d like EagleVisions to be in partnership with Mystic Lake to help them to diversify their in-house signage operation and make it a profitable arm so they’re not just dependent on gambling.”