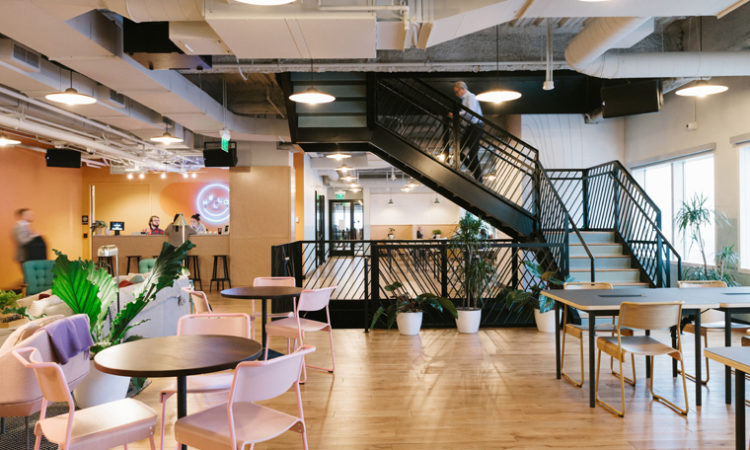 WeWork's office space in the Capella Tower. (Photos from WeWork)

Starting out, eight companies will share the Capella Tower co-working space.
By Burl Gilyard
May 24, 2018

Global co-working giant WeWork is teaming up with local nonprofit Beta.MN to open a new hub for startup businesses in downtown Minneapolis. The “Beta/Space” workspace will be open at WeWork’s Capella Tower space on June 1.

“There’s a lot of power in bringing startups together and there and many things that these founders can learn from each other,” said Nels Pederson, managing director of Beta.MN. “WeWork is an awesome partner for that. They work with startups every day.”

Pederson says that Beta.MN has been operating “virtually” – primarily hosting events offering resources and connections for new companies. The relationship with WeWork began when the group held some of its events at the co-working space. Beta.MN will now also be based at Beta/Space.

Companies will rotate out of the space every six months to make way for the next group of startups. The companies do not have to pay for the space.

“This is free office space for them,” said Pederson, who declined to discuss the specific terms of the partnership between WeWork and Beta.MN.

Eight local companies will be part of the inaugural group of startups in the shared workspace:

New York-based WeWork has more than 250 locations in 22 countries. Founded in 2010, the privately-held company has a dizzying valuation of $20 billion.

WeWork landed in Minneapolis in October 2017 when it opened its three-story space at Capella Tower. WeWork is set to open its second Twin Cities location at the MoZaic East building in the Uptown area of south Minneapolis. MoZaic East is currently under construction and scheduled to open in late 2018.

Co-working is increasingly competitive as both national and local players look to lure members. Twin Cities Business recently took an in-depth look at the emerging co-working market in the Twin Cities.

There also appears to be a growth market for business incubators. St. Paul-based American Public Media, parent of Minnesota Public Radio, is launching the Lunar Startups incubator at the Osborn370 building in downtown St. Paul. Growth-stage companies have to submit an application to be considered for space. 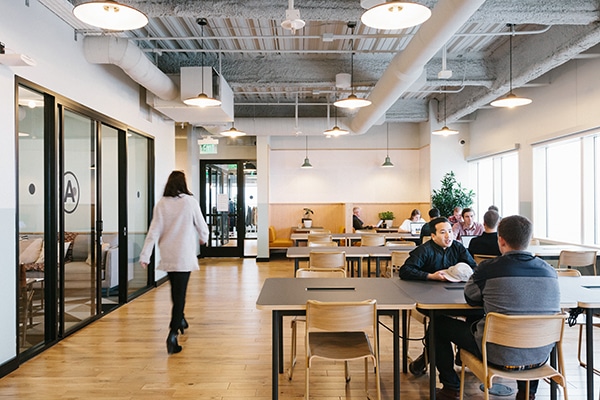 Meeting and work spaces at WeWork in the Capella Tower. (Photo from WeWork) 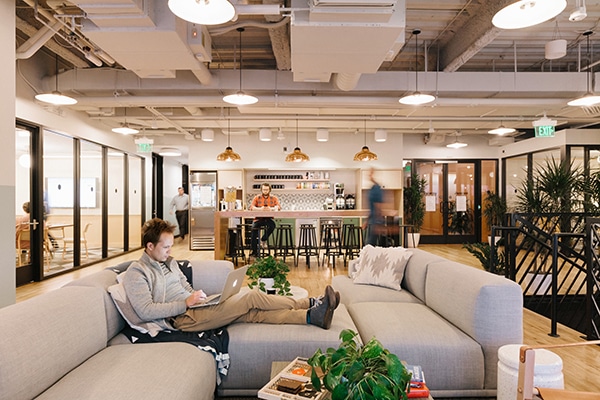 Another look at the work spaces within WeWork. (Photo from WeWork)