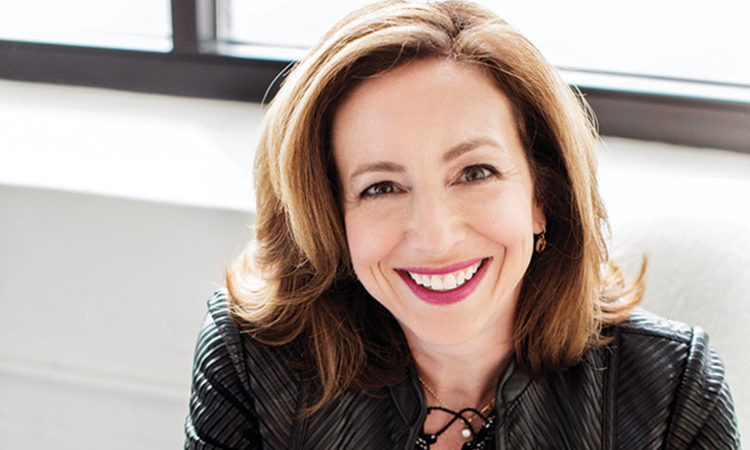 Remember a few months ago, when we were all going to #deleteFacebook over revelations that personal information of 87 million users had been misused?

And then we didn’t. In the wake of the Cambridge Analytica data abuses, Facebook’s unique users on mobile actually rose 7 percent year-on-year in April, Business Insider reported. It’s yet another reminder of the social media giant’s power and presence in our lives—and businesses.

Sen. Amy Klobuchar is acutely aware—and wary—of Facebook’s dominance. Minnesota’s senior senator is leading the charge for stricter data privacy laws. She persuaded Facebook founder and CEO Mark Zuckerberg to back her bipartisan Honest Ads Act, which would place stricter rules on political ads on social media. While some of her congressional colleagues spent large portions of Zuckerberg’s Capitol Hill hearing asking questions that made millennial eyes roll (“How does Facebook make money?”), Klobuchar pressed him to acknowledge the need for more privacy regulations.

But what happens next? I asked the senator. “What Facebook is doing with issue ads and candidate ads [identity and location verification] is very helpful, but we need more,” Klobuchar said in a recent phone conversation. “Politics was just the first frontier. We’re entering a whole new era, and there’s real reason to be fearful.”

That goes for businesses as well as individuals, she says. And it’s already happening. Hackers flooded Explore Minnesota’s Facebook page with fake content one day in December. Every week, it seems, we learn more about ways Facebook was mining user data before we started paying attention. It’s not only Facebook: More than 2 million Minnesotans were affected by an Equifax data breach last fall. The examples continue to pile up.

“There are terrorists on the power grid,” Klobuchar says. Her advice to businesses: “Put some funding into protecting computer infrastructure. Hire experts and let people know you are protecting them as best you can.”

Our business community is mobilizing around cybersecurity. New training programs are popping up, like the MN Cyber Institute at Metropolitan State University. Chief information security officers from Ecolab, General Mills, 3M, United Health Group, and other prominent Minnesota companies sit on the advisory board.

And yet, among firms with products and services to sell, Facebook, with its 1.45 billion daily users and ability to target ads, is as important as ever.

“We still strongly recommend Facebook to our clients from an advertising standpoint,” says Martha McCarthy Krueger, co-founder and CEO of Social Lights, a Minneapolis-based social media marketing agency. “As long as Facebook delivers a solid return on investment for clients, we’ll help them leverage the platform and any changes that come with it.”

Two key factors keep us logged into Facebook: lack of serious competition and habit. Change is a hassle.

“There’s a growing sense among consumers that we don’t want to be tracked by companies,” says Joe Germscheid, Red Wing Shoe Co. digital marketing director. “But we also don’t want to fight it.” Facebook knows this, and so does every company now sending those soul-sucking privacy disclaimers required by Europe’s General Data Protection Regulation. Click “no” to experience the red tape of denying data collection.

The real change will come when privacy laws require transparency on how our data is being used and by whom. When opting out is a viable choice that does not result in being blocked.

As Facebook cuts off access to third-party data for ad targeting, Germscheid believes marketers will simply shift to a group strategy. So if he’s no longer able to glean from my digital footprint that I favor, say, steel-toe boots, Red Wing may try to engage me through a Facebook page for people who work in factories where those boots would be useful—“places where people have explicitly opted in,” he says. Still targeted, but more openly. Even traditional media is moving toward viewer-specific marketing. In the near future, TV ads during network shows will vary from one viewer to the next.

The overarching trend is data-driven decisions. We need to figure out how to use information ethically and protect ourselves, our businesses, and our customers. Klobuchar says it best: “We need to make sure we are as sophisticated in our laws as the people who are trying to break them.”

Learn more about what local companies are doing to keep data safe during TCB’s CIO Forum on July 17. Register at tcbmag.com/events. Hope to see you there!