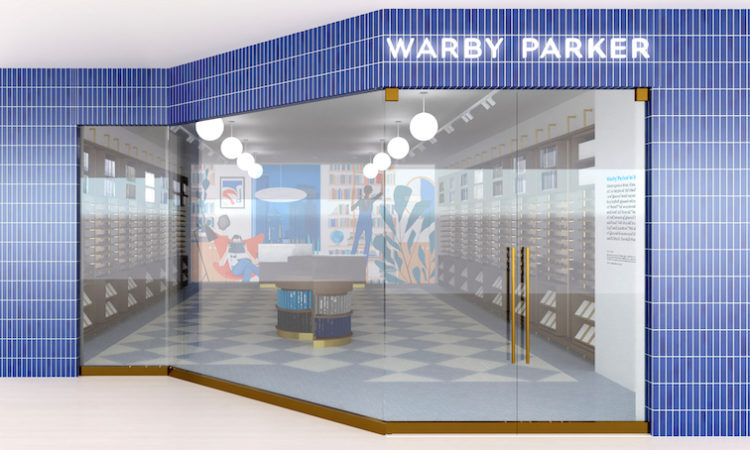 Warby Parker, the digital-first brand that disrupted the eyewear industry with its $95 frames and buy one, give one model, is set to open its second Twin Cities store on Saturday, Nov. 16 at Galleria in Edina.

Designed to be an eye-catcher, the store’s exterior is decked out in deep blue titles and brass finishes. Warby Parker continues its signature library inspired design, with a local twist. The company collaborated with St. Paul-based artist Sam Kalda to create a mural of city living behind the “reference desk” where customers go for frame adjustments. Kalda’s work has been featured in the New Yorker and the Washington Post.

Warby Parker invited the local chapter of nonprofit 826, which aims to empower underserved students, to be part of its opening day at Galleria. Representatives of 826 will sell collections written by students.

The opening is one of several at Galleria this fall, including women’s apparel brands Johnny Was and Nic + Zoe, European men’s retailer Suit Supply, Legacy Toys, and a recently opened seasonal pop-up from St. Paul leather goods brand J.W. Hulme. Warby Parker also has a store in the North Loop of Minneapolis.