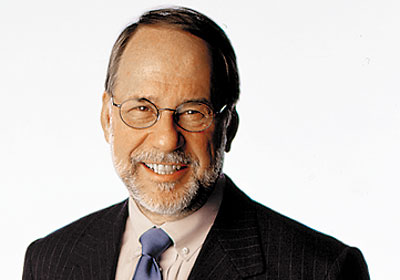 Up at the Lake

Rudy Perpich always used to say that no politics or serious government took place in July or August because everyone was “up at the lake.” The direction was always the same: up at the lake—not down at the lake or even around the lake. But for anyone who has ever spent summertime in the northern resort cities of Brainerd, Detroit Lakes, or Alexandria, Rudy’s observation rings true.

Tourism, by which many of us mean “up at the lake,” is a huge business in Minnesota, and luckily for us, a business that gets stronger as gasoline prices go up. The hospitality industry employs more than 250,000 people in Minnesota, generating in excess of $10.5 billion in annual sales and fully 15 percent of Minnesota’s tax revenue. During the summertime at least, almost one in 10 Minnesotans works in the hospitality industry.

Minnesota is famous in the Lower 48 for its winters, but in fact it’s our summers for which we ought to be famous. There are a lot of places that have winters (or at least snow), but few places that have the languid intensity of our brief summers. It is a time when the ordinary chronological barriers between workdays and weekends melt away. And while this month is not—thankfully—a month when any politics will get done, it is a time when we can contemplate the political circus.

Last year around this time we were going through our state government shutdown, which came to a close when it became known that Coors beer products were running out because the state was not open to process beer licenses. There is no shortage of Coors beer products up at the lake.

The news and all the financial channels bring us a barrage of bad economic developments in Europe. Greece has threatened that its ruins will be ruined by lack of protection and maintenance, something most of Greece lacked for 1,500 years. The fear, of course, is that the rest of Europe will start resembling Greece and that the euro will become one of those numismatic relics of a failed empire. There are no European ruins or euros up at the lake.

The Republican convention will begin on August 27 in Tampa, Florida. We had one of these conventions four years ago in St. Paul. It was not well attended (President Bush did not show up), but enough people did return from the lake to make sure that the convention paid all of its bills and left a $7 million surplus. All in all, the general view was that the last week of summer was better spent up at the lake. Governor Sarah Palin gave a good speech, but Senator John McCain could have used the relaxation.

As is customary, the president’s party’s convention will go second, and be held in Charlotte, North Carolina, beginning September 3. There will be no drama or suspense at this convention, but it will prove the political aphorism that while everything has been said, not everyone has said it. Everyone will say it in Charlotte.

The two major-party political conventions are events staged entirely for television; there has not been a truly “open” convention since 1952 (essentially when television started gavel-to-gavel coverage). Four years ago, I wrote that Governor Tim Pawlenty should be the vice presidential nominee and I still think that, but it’s more likely to be Senator Marco Rubio of Florida. Sorry to ruin the suspense; we can all go back to the dock now.

Finally, we are now being spared the recall onslaught from the State of Wisconsin, where more than $50 million was spent to recall a governor less than two years into his first term. Truly, if more Wisconsinites went up to the lake, they would not be doing these things.

Lastly, we will have our first state primary election August 14. This is a perfect date for the 1 percent of the activists in our population who believe that the middle of August should be spent noticing microscopic differences between candidates as opposed to measuring their fish in inches. The rest of us will be up at the lake. See you there.

Vance K. Opperman
Up at the Lake in August