The university was named a Udall Center of Excellence in Parkinson’s Disease Research, and also earned the right to open a prestigious Udall Center on its campus.
October 02, 2016 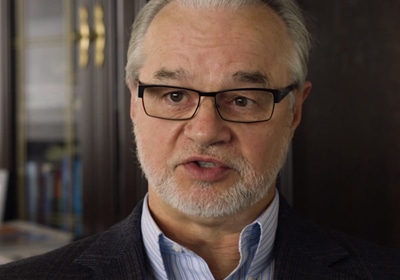 The University of Minnesota was awarded a more than $9 million federal grant on Thursday, which will be used to develop therapies specifically for Parkinson’s disease.

The funds will be distributed to the university over the next five years from the National Institutes of Health. Part of the money will go toward establishing a campus Udall Center, which is named after Morris Udall, an Arizona congressman who helped pass the Parkinson’s Disease Research Act of 1997.

The University of Minnesota’s Udall Center will be one of nine centers across the country among others in Harvard University, Northwestern University and even the Mayo Clinic’s campus in Jacksonville.

“I think it puts this university in a very elite class of other major U.S. and international research universities that have recognized expertise,” said Brian Herman, vice president for research at the University of Minnesota.

Jerrold Vitek, head of the school’s neurology department, will lead the studies conducted at the university’s new Udall Center.

In a video, Vitek describes how he and he team plan to use a process called “deep brain stimulation” to target “circuits” within the brain that have been affected by Parkinson’s disease.

According to the Parkinson’s Disease Foundation, approximately 60,000 Americans are diagnosed with the neurological disease each year, while thousands more cases likely go undetected.

Vitek pointed to his multi-disciplinary team—ranging from biomedical engineers to neuroscientists—as well as the university’s MnDRIVE program as major reasons behind why the school earned the grant and rights to open an Udall Center of Excellence.

“Legislative support through the MnDRIVE Brain Conditions initiative helped set the stage for the Udall Center,” he said. “We are especially grateful to the people of Minnesota and the state legislature. We are committed to serving as a resource for patients and their families throughout the state as a return on this investment.”