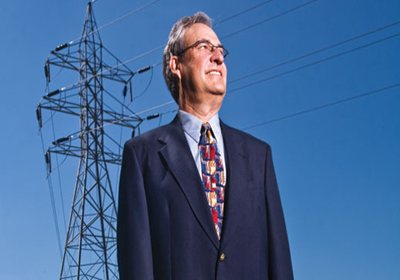 The Fargo-based firm restructures itself for greater efficiency—and has doubled in size, extending its geographic and professional reach.
September 11, 2009

By 2005, the top managers of Ulteig Engineers realized that their own firm needed some re-engineering.

The Fargo-based firm—which handles a wide range of engineering services, primarily energy and general civil engineering—had five offices in the Upper Midwest, including a Minneapolis location. But in the early part of the decade, the firm was noticing problems that kept it from taking advantage of new opportunities. Very simply, the branch offices weren’t working together and weren’t using each other’s expertise.

Reorganization typically means reducing head count. Not at Ulteig. Employee numbers have risen from 250 in 2004 to 440 currently; the company expects to double that again in the next five years. Revenues have nearly tripled this decade, from $15 million in 2000 to $42 million last year. Ulteig rose to 291 nationally in terms of revenue onEngineering News-Record’s list of top 500 firms in 2009—up from 326 last year.

“You can’t grow a company unless you have the internal structure in the company to allow for the growth,” says Gerry Floden, the firm’s CEO and president. Starting in 2005, that structure is what Ulteig proceeded to build for itself.

The Way the Wind Blows

Ulteig Engineers’ roots are in energy and government work; about half of the firm’s total revenue still comes from government contracts. Founded in Fargo in 1944 as an electrical engineering firm by Melvin Ulteig, the company got its start by bringing power to farmsteads in the Upper Midwest. In the 1930s, more than 5 million windmills were operating in the country. These windmills connected to electrical generators to provide household electricity throughout rural America.

The Rural Electrification Act of 1936 brought electricity for the first time to many farmsteads. Before its passage, only 10 percent of American farms had electricity. By 1950, about 90 percent did. In helping to bring electricity to the rural Upper Midwest, Ulteig completed more than 35,000 miles of distribution lines to households and approximately 600 miles of transmission lines.

In the 1960s, the Ulteig firm expanded into defense projects. Its portfolio included the ballistic missile defense site in Grand Forks, North Dakota, established during the buildup of nuclear missiles in the Cold War between the United States and the Soviet Union. (The U.S. dismantled the site in 1976.) Though it has become a smaller part of its repertoire, Ulteig still performs defense work, primarily construction related, for National Guard and Air Force bases.

During the 1970s and 1980s, the company added civil engineering to its capabilities and expanded into building services. Those moves opened doors in other areas of engineering, including water and wastewater systems, aviation, and transportation. By the time Floden took the helm as CEO in 1999, Ulteig employed 150.

Over the next five years, the firm continued to expand geographically, taking on new projects throughout the Dakotas and Minnesota. During that time, Ulteig grew to a total of 250 staffers spread across offices in Fargo, Minneapolis, Bismarck, Detroit Lakes, and Sioux Falls, each with own management. But it soon became clear that Ulteig’s enviable growth was becoming a problem.

Under the old business model, managers at the firm’s various offices, in order to keep their own people busy, tended to hoard projects. With projects handled at the local level, project managers at each location were limited in the specialties and experts available to them in that office. “Managers were incentivized to keep things local,” recalls Eric Michel, Ulteig’s executive vice president and COO. “People weren’t sharing work between offices . . . . We weren’t always putting our best foot forward.” On the other hand, it certainly didn’t make sense to shut the branches down: Employees needed to be close to the sites and sales territory in which they were working.

The restructuring that Floden and his management team came up with: Keep the branches open, but shift the overall firm’s structure by creating “production sectors,” or market focuses, that would allow the firm’s engineers and other professional service providers to share expertise across offices. Four production sectors emerged from the reorganization: Energy Services, Civil Services, Building Services, and Land Services. All report to the central office in Fargo.

This business structure not only made all employees available to all projects, it also proved more cost effective. Whereas before, two engineers with similar skill sets but in different locations might have been working at 60 percent capacity, today one engineer working at a higher capacity can handle the same tasks for more projects. “It makes better use of our time,” Floden says. “And people keep busier.”

At the same time, Ulteig centralized its back-office operations. “Each [branch] had its own billing processes, its own computer people, its own human resources,” Floden notes. Now all of those functions are managed in Fargo.

The new structure also allowed management to hire highly specialized engineers. Under the old model, with engineers working solely on local projects, “niche hiring” seemed like a luxury. By expanding its base of specialists, the firm positioned itself for even more growth. In recent years, it has hired experts in fire protection, floodplain management, biofuels, and other highly specialized fields.

As it opened its workload across its entire employee base, Ulteig added new technologies, including video-enabled conference rooms at each location; Webcams have been installed at nearly all of its employees’ computer stations. “We still have the local client contact,” Floden says. “But we also have the depth to bring experts from any office in the company to bear on the project.”

In a sense, Ulteig has come full circle from its origins of helping to electrify rural areas. The Energy Services sector—thanks in particular to its increasing workload developing delivery systems for alternative energy sources, primarily wind—has been leading the firm’s recent growth spurt, though other sectors are growing as well.

Energy Services is currently working on wind farm projects across the country, putting in collector systems that capture the energy generated by wind turbines and transmit it to substations for delivery to urban areas. Last year, Ulteig worked on projects that resulted in 1,900 megawatts of wind power being connected to the grid. (A typical wind farm produces 50 to 200 megawatts.) As of late July, the company had a total of 18 wind projects in its 2009 portfolio.

Ulteig works with more than 400 utility clients, including Minneapolis-based Xcel Energy, one of the leaders on the CapX 2020 project. A joint initiative of 11 transmission-owning utilities in Minnesota and surrounding states seeking to expand the electrical grid, CapX 2020’s first group of proposed projects includes transmission lines that would stretch from Brookings, South Dakota, to the southeastern metropolitan area of the Twin Cities; from Fargo to St. Cloud to Monticello; from La Crosse to Rochester to the southeastern Twin Cities metro; and from Bemidji to Grand Rapids. Ulteig has prepared estimates for various line configurations and site conditions for the CapX 2020 projects; it’s also developing substation designs.

Meanwhile, Ulteig is working on other forms of alternative energy. “We’ve done a couple of small solar projects,” says Brian Long, who leads the Energy Services division. “Solar is just emerging.” As with wind, Ulteig designs collector systems to get the energy from the solar panels to the electrical grid. “Solar is where wind was 10 to 15 years ago on a utility level basis,” Long notes.

In Civil Services, another Ulteig sector, its water resources group is acting as the project manager for the Southside Flood Control Project, which entails the construction of 45 miles of levees and 6,000 feet of floodwall along the Red River in Fargo. This project includes laying out schedules and guidelines, contracting with construction firms, and managing the funding.

Nearly all of the Civil Services sector’s work depends on government funding. On the Southside Flood Control Project, the Federal Emergency Management Agency (FEMA) provided an initial grant of $11 million; the North Dakota Legislature provided another $75 million. The remaining funding source for the project, now estimated to cost a total of $180 million, hasn’t been identified.

The firm’s reorganization not only helped Civil Services sector head Dave Pillatzke get the large project, it’s also helping him complete the work. “We have people from the Twin Cities, people from Bismarck, and people from Fargo all working on the project,” he says. “If we were still organized around the branch office model, we wouldn’t be able to offer the high level of capabilities.”

Those capabilities were put to work on March 23, when the Missouri River threatened to overflow its banks near Bismarck, North Dakota.

The Missouri’s rising triggered numerous worries. Qwest, for instance, needed to know which of its locations were most likely to need flood-damaged equipment replaced to maintain its telecommunications system in the area.

Ulteig lent a hand. Its high-tech capabilities include geographic information systems (GIS), which digitally gather and display geographic information, such as mapping software. Qwest used maps that Ulteig developed with its GIS equipment to locate those sites most in danger of flood damage. Ulteig created similar maps for the emergency operations centers for Bismarck and nearby Mandan. Law enforcement officials had these maps handy in order to determine how and where to proceed with possible evacuations.

The Missouri’s near-overflow represents a dramatic use of Ulteig’s technological capabilities. The firm also has been putting them to work in the alternative energy part of its business.

Much of this work goes through Ulteig’s Building Services sector, which focuses on mechanical, electrical, structural, and other systems for new or retrofit building projects. It has worked with public- and private-building clients to evaluate and install wind turbines to provide power while lowering demand for energy from the electrical grid. Craig Anderson, who leads the division, says reorganization has boosted his group’s capabilities as well. “We use all of the technological know-how from Brian’s group [Energy Services] to help deliver to this building owner, who might not be working at the scale of what Brian’s group deals with,” Anderson says.

The Building Services group also recently secured a U.S. General Services Administration schedule contract, which allows it to work on building projects for any agency within the federal government. Among other projects, Anderson’s group is in charge of designing the Grand Forks airport terminal in North Dakota. He’s relying on expertise from all of Ulteig’s divisions to complete the design. The terminal has a geothermal heating and cooling system and is in the process of becoming certified by the Leadership in Energy and Environmental Design (LEED) program. The terminal building also was the first project in which Ulteig used its 3-D modeling technology for mechanical, electrical, and structural systems from beginning to end.

Another Ulteig sector, Land Services, provides help to nearly all of the firm’s projects; it also has projects of its own. One of those was the new Minnesota Twins ballpark. “We did the boundary surveys for the attorneys and created the legal descriptions for that project,” says Gary Ness, head of Land Services. “There were quite a few components as to who owned what”—the stadium site land had multiple owners. “We helped clear the air on that.”

In addition, Land Services performed the initial work for the Southside Flood Control Project, putting together the maps to get the project going. “We are also working on land rights for transmission corridors to bring the power from wind farms to substations to power plants to the grid nationwide,” Ness says. Some of that work is being done in conjunction with Ulteig’s Energy Services.

Change has become a constant at the restructured, interconnected firm. In October 2008, Ulteig opened its newest office, in Denver. Next year, Michel will take over as CEO when Floden retires. Michel says that he plans to carry on Floden’s legacy of growth, with an emphasis on green building systems.