The USGA wants to revitalize the game of golf with the help of the state’s largest higher education institution.
November 12, 2015 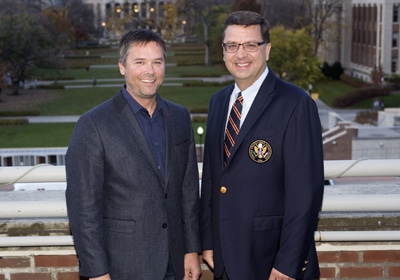 In the first research effort of its kind, the United States Golf Association has enlisted the University of Minnesota for an extensive study that it hopes will revitalize the game as it is known today.

On Monday, the two institutions announced the start of a five-year master research partnership to analyze nearly every aspect of the sport. The study will utilize virtually every college at the university as it explores a variety of issues that golfers and golf course owners face.

Specifically, the research will aim to deliver tested, fact-based solutions to improve golf’s cost to play, the time it takes to play, golfer enjoyment, and overall course efficiency.

The USGA is setting “a modest goal” to save the industry 10 percent of the roughly $10.4 billion being spent on course maintenance, irrigation and restoration at America’s 15,300 golf facilities.

Jerris believes this $1 billion in savings will culminate from a number of efforts. “One of the opportunities we see is that golf courses maintain a lot more acres than they need to in terms of where golfers actually play from,” he said. To that effect, Jerris cites data gathered by the USGA last year that points to a potential $150 million in annual savings on water usage alone through acreage reduction.
Brian Horgan, a horticultural science professor at the University of Minnesota who is leading the partnership, believes the University can take that data at least one step further. “The follow-up question is: How can we really promote the fact that we are reducing each course’s footprint?” he said.

From here, Horgan points to the Humphrey School of Public Affairs or the College of Liberal Arts as tools within the university that could discover these solutions. The National Golf Association says that millennials make up less than 20 percent of today’s golfers, Horgan sees enormous potential in finding out why directly from the source.

“Today, golfers tell us that there are a few primary barriers to new participation in the game,” Jerris said. “The first one is cost, the second is the time it takes to play the game and the third is that golf is seen as elitist and unwelcoming.”

Despite this, Jerris contends that young people maintain “a very high interest” in the sport and hopes to reconfigure the nature of golf with today’s busy lifestyle.

“One of the issues that we are looking to explore as part of this partnership is: How can we package and sell golf differently as a product?” Jerris explained. “Can we sell it by the hole? Could you pay for two holes or three holes or a seven-hole experience? Could you pay by the hour? I think the University’s willingness to use the Les Bolstad Golf Course as a laboratory where we can test concepts like this is one of the aspects of this partnership that is so appealing.”

With experimentation of this sort, Hogan doesn’t anticipate that he or his own students will be the sole researchers. Instead, Hogan predicts a campus-wide involvement that could influence every student’s educational experience.

“Think of it by a team approach,” he said. “You’ve got a group of MBA students from Carlson working on an enterprise project with College of Science and Engineering students on the implementation of robotics on golf course properties. And then they bring that back into the College of Food, Agricultural and Natural Resource Sciences for the agronomics. We will have a cohort of graduate and undergraduate students all looking… at where golf is going into the future.”

In a statement, University of Minnesota president Eric Kaler called the master research agreement a “unique strategic partnership” that could “transcend golf.”

Furthermore, the partnership boasts a tremendous difference from the USGA’s grant program that typically elicits all of its golf industry studies. Rand specified the difference to the comprehensiveness of the University of Minnesota’s research in comparison to past research.

More to that point, “the master research agreement allows us to move forward at a quicker rate instead of each time needing to apply for a grant,” Horgan said, while noting that the partnership comes with no dollar figure associated with it, meaning costs will be gathered on a project-by-project basis.

More importantly, Horgan believes the University of Minnesota is poised to net something much more significant than research funding from golf’s governing body.

“The USGA is the leader in golf and we have a chance to be associated at a higher level with the USGA,” he said, “and there is definitely notoriety that comes with that.”