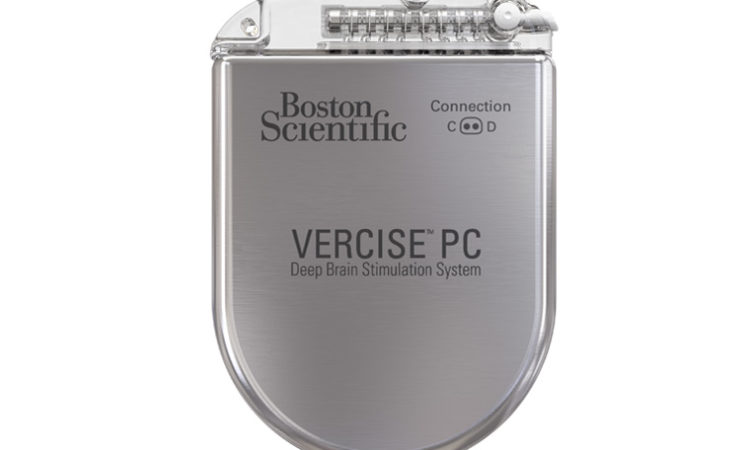 University professor Jerrold Vitek and the MnDRIVE program were key in approval for Parkinson’s treatment.
By Don Jacobson
January 03, 2018

When Boston Scientific Corp. (NYSE: BSX) announced in December that it had scored U.S. Food and Drug Administration approval of its Vercise Deep Brain Stimulation System following a key clinical trial, it hailed the system as “one the most innovative neuromodulation technologies available today.”

But it was probably University of Minnesota medical researchers who were celebrating the most. Led by neurology department chairman Dr. Jerrold Vitek and backed by the state-funded MnDRIVE research program, the U of M Medical School played a key role in the multi-site “INTREPID” clinical study, which was completed shortly before the FDA decision.

While the results of that four-year effort won’t be publicly announced until later in 2018, Boston Scientific said the FDA approval was based on INTREPID’s findings, which assessed how deep brain stimulation (DBS) techniques and the Vercise system could alleviate the symptoms of Parkinson’s disease.

The system consists of a surgical implant that employs electric currents to stimulate precise areas within the brain to reduce involuntary shaking, bodily stiffness, and other symptoms of Parkinson’s, and is seen by its backers as a breakthrough for sufferers.

The U of M’s Office of the Vice President for Research reported in a recent blog post that Vitek and his local research team in December successfully implanted the first patient outside of clinical trials with the Vercise system at the University of Minnesota Medical Center.
“The Vercise DBS System changes the landscape of what physicians can do to help improve the quality of life for people living with Parkinson's disease,” Vitek said in the Boston Scientific announcement.

The system, he said, has a proprietary capability which can independently control the amount of current delivered by each of the electrodes on its implanted leads. Its features are designed to work together to address previous challenges in DBS therapy, including fluctuations in symptoms and the progressive nature Parkinson’s by offering more adaptable delivery of stimulation.

The recently completed INTREPID trial evaluated the safety of the Vercise system in 292 patients at 23 sites and also evaluated its effectiveness. Boston Scientific said it successfully meets the “primary endpoint” of improving the control of shaking and other symptoms. An earlier clinical study, called VANTAGE, found that 40 patients treated with the Vercise DBS System demonstrated a 63 percent improvement in motor function at 52 weeks.

Developing DBS technology has been one of the main goals of the MnDRIVE program since it was first funded in 2013. Short for “Minnesota’s Discovery, Research, and InnoVation Economy,” MnDRIVE is a partnership between the U and the state in which the school has committed to aligning its research strengths with the state’s key and emerging industries in a bid to address “grand challenges.”

The U’s research office said MnDRIVE supported the INTREPID study in several ways. Vitek, for instance, is a member of the its steering committee on brain conditions, while several MnDRIVE Neuromodulation Scholars were involved in the trial, including Dr. Michael Park, Dr. Scott Cooper and Dr. Lauren Schrock.