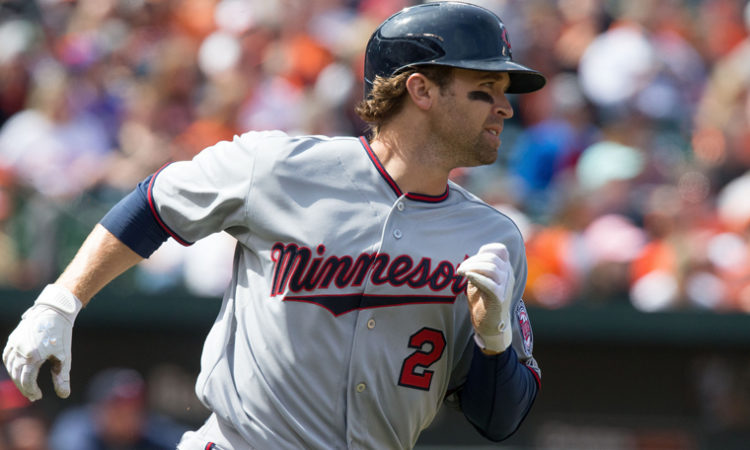 Brian Dozier of the Minnesota Twins ( Photo by Keith Allison)

From TV broadcast plugs to in-ballpark promotions, Gander Outdoors and The House will soon be featured on all things Major League Baseball.
By Sam Schaust
September 19, 2017

Earlier this year, both Gander Outdoors (formerly Gander Mountain) and The House were acquired by Illinois-based Camping World, an RV retailer run by Marcus Lemonis, star of the CNBC show “The Profit.”

“It is an honor to work with Major League Baseball, one of the most historic leagues in American sports,” Lemonis said in a statement. “We look forward to working with the organization starting with this year’s post-season and leveraging our extensive experience with outdoor enthusiasts around the country to create and provide the best game day experience to its sports and outdoor loving fan base.”

Chief among the perks of the partnership deal for Gander Outdoors, The House and other Camping World properties is a marketing program involving the MLB’s broadcast, digital, social, mobile and in-ballpark platforms. Specifically, the local retailers will be plugged on TBS, FOX and FS1 during games, as well as on the MLB’s digital assets, including MLB.com and the league’s mobile apps.

Moreover, the partnership includes a licensing deal to bring official MLB products to Gander Mountain stores, TheHouse.com and other Camping World properties. Unique to Camping World’s end of the deal is the right to produce MLB-licensed items to be sold at its stores.

“We are looking forward to ‘The Profit’ bringing his special vision and energy to MLB for new fan promotions surrounding the League Championship Series, Spring Training and more,” Noah Garden, MLB executive vice president of business, said in a statement. “As we prepare to begin another memorable October of post-season baseball, this is the perfect time to welcome Camping World to the MLB Family with a fully integrated partnership that will increase their brand awareness and deliver MLB products into their retail locations.”

Although it landed this partnership deal, Gander Outdoors is notably not yet up and running in the U.S. The brick-and-mortar brand specializing in hunting, camping and fishing equipment temporarily shut its doors this summer as it rebranded and consolidated its operations. (The company, before its bankruptcy and subsequent sale to Camping World earlier in the year, had 162 locations. Its store count, although not final, is expected be fewer than 60 locations when it reopens.)

Additionally, Gander Outdoors, which for years was headquartered in St. Paul, now appears to be moving to Bloomington, according to recent reports.

Camping World’s acquisition of The House occurred just a month and a half ago. The e-commerce retailer, which sells bikes, skateboards, snowboards and other outdoor gear, continues to maintain its St. Paul headquarters.