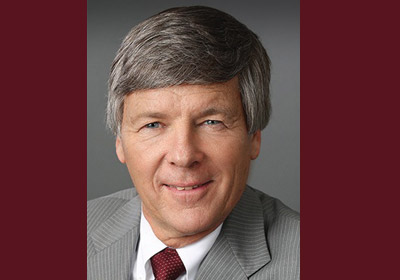 Fafinski Mark & Johnson, which has a history of working with aviation clients, has now set its sights on businesses and individuals interested in unmanned drones.
August 01, 2014

A Twin Cities law firm says it is among the first in the nation to launch a practice dedicated to unmanned aircraft systems (UAS), or more commonly, “drones.”

The firm has already advised clients regarding the status of federal rulemaking and what uses are (or aren’t) permitted. It has also assisted clients in obtaining authorizations for operating drones.

But the fast-growing industry faces significant regulatory uncertainty, and Fafinski Mark & Johnson is now carving out a specialty area to attract new clients. The Federal Aviation Administration (FAA) is expected to issue new rules by September 2015, but the timing is unclear, and currently, federal regulations do not permit commercial uses, except in special and limited circumstances.

Minnesota's neighbor to the west is arguably at the epicenter of the drone industry. The FAA recently designated Grand Forks, North Dakota, the nation's first drone test site.

And just last month, the agency allowed BP to use drones for aerial surveys in Alaska, marking the first approved commercial drone operation over land in the United States. Transportation Secretary Anthony Foxx described the development as “another important step toward broader commercial use of unmanned aircraft.”

The new practice appears to be a natural outgrowth for Fafinski Mark & Johnson, which bills itself as a firm with “aviation roots.” The firm demonstrated that expertise earlier this year by winning a high-profile case at the U.S. Supreme Court. It convinced the high court to overturn a $1.2 million judgment against one of its aviation clients, Air Wisconsin Airlines Corporation. That case had broad implications regarding whether airlines should be protected from lawsuits after reporting security threats.

Fafinski Mark & Johnson said Tuesday that it has been closely monitoring the developing drone industry, and legal advisors and litigators from its aviation group will lead the new practice group.

“Despite the uncertain timing, businesses and individuals with an interest in UAS should be seeking legal counsel who can help them navigate the complex impending requirements and regulations,” the firm said in a statement.

Nine of Fafinski Mark & Johnson’s 25 attorneys will be involved in the new practice, according to a firm spokesperson. And it appears that companies in the agriculture and real estate industries, as well as photographers, are among its potential clients.

“With the recent heightened awareness of UAS and their vast commercial uses, people are getting increasingly eager to use them, despite the fact that commercial uses are not yet permitted and there are potential liability issues, as well as insurance requirements,” Donald Chance Mark, Jr., a founding member of Fafinski Mark & Johnson and head of the new UAS group, said in a statement.

“This is an undoubtedly exciting area and a game-changer for many industries such as agriculture, real estate, and photography, but all players in this area should be well-informed on the legalities of UAS use,” he continued.