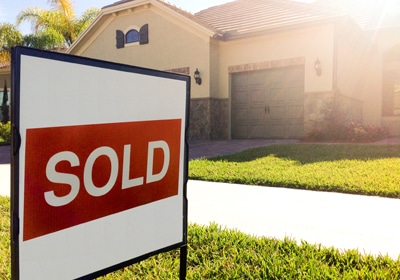 The “all-too-familiar supply crunch” that Twin Cities realtors and homebuyers are experiencing persisted into March with would-be sellers feeling apprehensive to enter the market without certainty they can secure their next property.

Residential housing supply levels within the 13-county Twin Cities metro area hit a 13-year low in March, the Minneapolis Area Association of Realtors (MAAR) said Thursday. Inventory levels fell to 11,893 active properties, a 20.6 percent drop from what was available a year ago. The months supply of inventory rate fell dramatically to two-and-a-half months, which means if no new houses entered the market, current inventory would run dry by summertime. (Generally speaking, five to six months of supply is considered a balanced market.)

Despite that, seller activity hurtled upward yet again as buyers signed 5,861 new purchase agreements, a 12.6 percent rise from March 2015. The median sales price increased 5.7 percent from a year ago to $222,000 and each house on average received 96.7 percent of its original list price. Buyers were also scooping up houses at a faster rate with the average house taking only 85 days to sell, 18 less days than last March’s timespan.

“Between new loan applications and anecdotal evidence, we knew this spring would be another big one for buyers,” said Judy Shields, president of MAAR, in a release. “The small gain in seller activity [of only 0.5 percent] was nice, but it falls well short of the supply levels needed to sustain the demand we’re seeing. That should be motivating for sellers, but it’s still important to understand that your home needs to be priced right.”

As a piece of advice to prospective homebuyers, MAAR president-elect Cotty Lowry said, “serious buyers should be prepared to make their strongest offer right up front this spring.” He added that so far open house traffic this season is the strongest he’s ever seen.