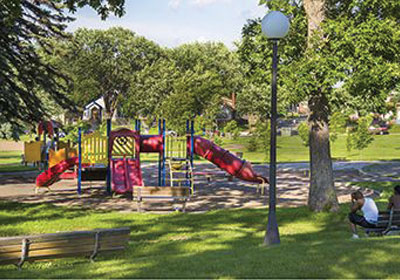 A new study from Zillow Inc. forecasts that two of the “hottest” metro home markets for 2017 are in north Minneapolis: the Folwell and McKinley neighborhoods. That’s probably surprising to Twin Cities residents who know that the economically challenged north Minneapolis area has some of the lowest-priced homes in the market.

As housing prices climb across the metro, some potential buyers are being priced out of the market said Dr. Svenja Gudell, Zillow’s chief economist. That brings some buyers to look at areas that offer cheaper homes.

“It’s probably starting to be too expensive for some folks, so they start to look for more affordable neighborhoods,” said Gudell, who noted that local housing prices are now higher than the peaks seen in 2006. “Minneapolis is at its peak: homes are more expensive than they’ve ever been in Minneapolis.”

“We’re not talking Detroit prices where we’re down to like $30,000 or $40,000 per home,” said Gudell. Zillow calculates the current median home value in the city limits of Detroit at $36,600 – more than 80 percent lower than Minneapolis.

“North Minneapolis has actually had the biggest value increases because we had such a big hit in the foreclosure crisis,” said Minneapolis City Council President Barb Johnson. “The affordability for first-time home buyers is fantastic….You just get a whole lot of house for your money.”

Johnson, now in her fifth term representing the city’s Fourth Ward in north Minneapolis, said that she’s not surprised to see north Minneapolis neighborhoods landing at the top of Zillow’s forecast.

“There’s a lot of charm in Folwell,” said Johnson. “McKinley is very, very quiet and residential.”

Other neighborhoods slated for solid increases include St. Anthony East (6.8 percent) and Central (6.78 percent), both in Minneapolis, and the Dayton’s Bluff neighborhood in St. Paul, where Zillow projects that home values will climb 6.7 percent.

Zillow’s statistics reflect a different methodology than other market studies. For November 2016, the Minneapolis Area Association of Realtors reported the median sales price across the Twin Cities metro at $232,000, a number based on closed sales.

On Zillow’s ranking of the top national housing markets, Minneapolis is nowhere near the top of the charts. Zillow ranks Nashville, Seattle and Provo, Utah, as the top three markets for 2017 based on an analysis of home value increases combined with unemployment and income growth statistics.

“For you it’s really a sign that the market is relatively steady overall,” said Gudell. “You’re in a good market.”