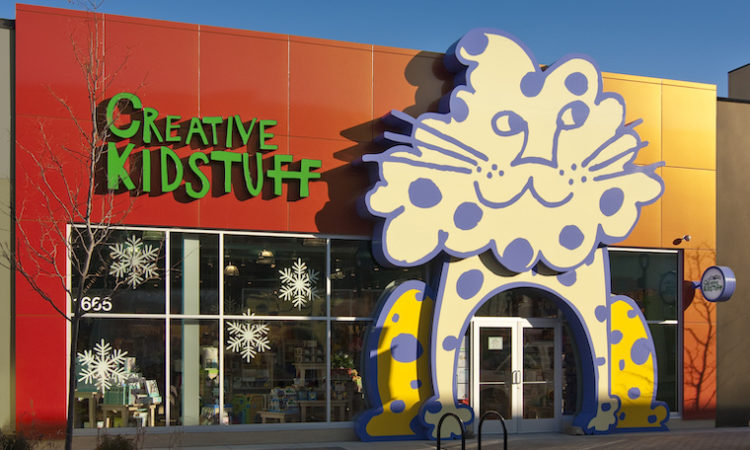 Homegrown toy retailer Creative Kidstuff is going out of business after 37 years. All six Twin Cities stores will close on June 30, following a liquidation sale that begins today.

“Our mission has always been making play joyful, educational, creative, and inspiring. It’s been our pleasure to be part of such a fundamental experience for all families,” Bonoff said in a statement.

For a generation of Twin Cities kids, Creative Kidstuff served as the local alternative to big box stores—a place for non-battery toys with a focus on quality, imaginative play, and individualized service, including its signature gift wrapping. In recent years, the neighborhood retailer tried many strategies to keep pace with changing retail habits: licensed airport stores, the 2013 purchase of catalog and online retailer Sensational Beginnings to broaden its reach, hosting in-store birthday parties and events, producing a TV show, and even selling through Amazon. But like Toys ‘R Us, which declared bankruptcy and closed all stores last year, the biggest competition today isn’t just e-commerce, but kids preferring screens rather than toys at earlier and earlier ages.

“It's too easy to blame Amazon,” Bonoff said in an interview with TCB late Wednesday morning. “Our world has changed, society has changed—we eat out more than ever, kids have cell phones, we spend more on lessons and less on play.”

Cynthia Gerdes founded Creative Kidstuff in Linden Hills in 1982 when she was an MBA student at the University of St. Thomas and a mom who couldn’t find the educational toys she wanted her young children playing with.

At its prime, Creative Kidstuff licensed six airport stores and operated a store in Iowa in addition to Twin Cities locations. Woodbury and Wayzata stores were previously shuttered. Current locations include Galleria in Edina, Mall of America, Ridgedale Center, Shops at West End, St. Paul’s Grand Avenue and the original in Linden Hills.

Bonoff and a team of six employees along with 80 independent reps will continue to run Kidsource, Creative Kidstuff's wholesale division which represents toymakers around the world. It's a business Creative Kidstuff developed three years ago and the part, along with distribution through Amazon, that continues to grow, Bonoff says. The Creative Kidstuff website is owned by parent company Greater Good so it may continue to operate, but as a shell of its former self. Creative Kidstuff, as the Twin Cities knows it, will no longer exist.

“We thank all of the families who have given us countless opportunities to watch you grow, learn, and play,” Bonoff said. “We know that inspired play will live on in so many ways in the Twin Cities, and we encourage everyone to support their favorite local retailers. Thank you for the wonder and imagination over these many years.”