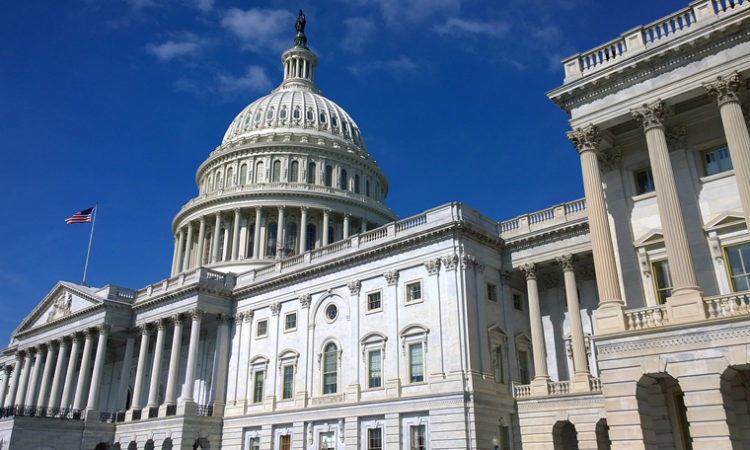 Across the Capitol, in the U.S. Senate, Emmerâs legislation does not have a companion bill â or an obvious champion to introduce legislation and shepherd it through the chamber.

Tom Emmer’s Mining Bill Passed the House, But Will Anyone Champion it in the Senate?

Emmer’s bill is so narrowly tailored to Minnesota interests that it almost requires a Minnesota sponsor in the upper chamber. But Franken has already come out against it, leaving all eyes on Amy Klobuchar.
By Sam Brodey
December 05, 2017

The battle over mining in northern Minnesota — which has played out in Washington and Minnesota over the last year — reached a critical point in Congress last week.

Eleven months after Barack Obama’s administration released an order that could block mining in a part of Superior National Forest for 20 years, the U.S. House of Representatives passed legislation, introduced by 6th District Republican Rep. Tom Emmer, to undo that decision, and to make it significantly harder for the executive branch to issue similar orders in the future.

Last Thursday’s vote was the biggest step yet for pro-mining lawmakers and advocates who have been working for months to counter the Obama decisions, made in the last weeks of his presidency. Emmer, who has emerged as a leading voice on this issue, has worked with other lawmakers and administration officials on ways to stop a government environmental review of the impact of copper-nickel mining a few miles from the protected Boundary Waters Canoe Area Wilderness.

With the passage of the Minnesota Economic Rights, or MINER, Act by a 12-vote margin, their efforts have cleared a first major hurdle. But across the Capitol, in the U.S. Senate, Emmer’s legislation does not have a companion bill — or an obvious champion to introduce legislation and shepherd it through the chamber.

Advocates for mining in Minnesota are hopeful that will change, while vocal environmentalists believe this close vote in the House will be the end of the road, for now, for Congress’ efforts to remove obstacles to mining near the Boundary Waters.

The MINER Act, introduced by Emmer and co-sponsored by 2nd District GOP Rep. Jason Lewis and 7th District DFL Rep. Collin Peterson, has significant short and long-term consequences for mining and the environment, not just in a corner of national forest, but around the state.

Immediately, the legislation allows the federal government to renew two mineral leases held by the mining company Twin Metals, which were denied by the Obama administration. Twin Metals, a subsidiary of Chilean mining conglomerate Antofagasta, had long held rights to a valuable trove of copper and nickel in this corner of Superior National Forest.

The bill also ends an environmental review under way at the U.S. Forest Service to assess the safety of mining copper and nickel in this area. Many environmentalists believe it will never be possible to extract these metals in a responsible way that does not have the potential to seriously damage the air and water of the Superior National Forest and the Boundary Waters, places treasured by outdoors enthusiasts around the state and country.

The study automatically placed a two-year moratorium on any mining activity in a quarter-million acre swath of the forest, and it could have led to a withdrawal of that land from any mining consideration for as long as 20 years.

Restoring those leases and terminating the environmental review does not authorize a specific mining project — and no mine has been proposed here — but it does clear obstacles that could have barred mining and mineral exploration in this area for a long time.

A particularly controversial element of the bill is its provision to block federal agencies from making decisions like the ones made by the Obama administration a year ago without explicit congressional approval.

“Minerals within the National Forest system lands in the State of Minnesota,” the law reads, “shall not be subject to withdrawal from disposition … unless the law is specifically approved by an act of Congress.” Notably, this provision does not apply to any other state, just Minnesota.

The debate over mining near Minnesota’s natural treasures has grown increasingly national in scope. Emmer’s bill has illustrated that: Non-Minnesotan supporters of the bill see it as an opportunity to counter what they see as executive overreach, and to advance a philosophy on public lands use that favors natural resource exploration and extraction — a view shared by President Donald Trump and his deputies.

Earlier this year, Emmer and 8th District DFL Rep. Rick Nolan welcomed two-dozen Republican members of Congress’ Western Caucus, a group that is critical of federal regulations on the environment and land use, to rally against the Obama decisions at Twin Metals’ office in Ely.

Opponents of Emmer’s legislation — the most vocal and persistent of whom is 4th District DFL Rep. Betty McCollum — view it as part of a conservative-driven assault on America’s natural areas in favor of big business, and a strike at the ability of the executive branch to carry out its duties as a steward of the environment.

The MINER Act passed by a vote of 216 to 204, splitting the Minnesota delegation four to four, but along geographical and personal lines, not partisan ones. GOP Rep. Erik Paulsen, of the west metro’s 3rd District, was the only Minnesota Republican to vote no, joining the Twin Cities representatives, McCollum and 5th District Rep. Keith Ellison, in the nay column.

First District Rep. Tim Walz — a DFL candidate for governor whose stance on mining is now under the microscope back home — was the only greater Minnesota representative to vote no. Reps. Peterson and Nolan joined Republicans in voting yes.

Nolan, whose district is home to the areas under scrutiny, had been virtually silent on the Emmer bill up to this point. The incumbent Democrat, increasingly walking a fine line on mining projects in his district, has advocated for returning the leases to Twin Metals and ending the current environmental review, but had not been vocally in favor of the MINER Act’s other provisions. In a statement issued on Thursday, Nolan emphasized that a rigorous environmental review process would kick in if or when a specific mining project is proposed.

But Nolan drew quick criticism for his vote from Leah Phifer, the college professor and former FBI employee challenging the incumbent for the DFL endorsement in the 8th District. “This legislation encourages further political intervention in our mining industry by protecting mining companies instead of Minnesotans,” Phifer said in a statement released after the vote.

No champion in the Senate

As the battle in the House over the MINER Act showed, this issue is politically fraught for Minnesota’s Republicans and Democrats both. With the bill’s passage, however, scrutiny moves over to the Senate, and to one of its members in particular: Sen. Amy Klobuchar.

To this point, no companion to Emmer’s legislation has been introduced in the Senate. That it so narrowly targets Minnesota means it will likely need an advocate from Minnesota to move forward. Sen. Al Franken is out, having previously said that he supports the environmental review put in place by the Obama administration.

Klobuchar, who is up for re-election next year, has been more cautious on the topic, and has not publicly weighed in on Emmer’s bill. This fall, advocates on both sides of the debate have expressed confidence that Klobuchar understands their arguments — and that she will ultimately side with them. (Klobuchar’s office did not comment for this story.)

Some Democrats familiar with the process do not expect Klobuchar would go to bat for Emmer’s legislation in the Senate and risk becoming associated with a deeply controversial topic in Minnesota. Without her involvement, they say, Emmer’s bill is as good as dead on arrival in the upper chamber.

In a statement, McCollum suggested the close vote in the House should cool any enthusiasm in the Senate. “This close vote sends a clear message to the Senate that this legislation is politically toxic and should not even be considered, much less passed,” she said.

In an interview with MinnPost, Emmer called the House’s vote a strong result, but was reluctant to put pressure on his Senate colleague to take up his bill.

“I’ve got a lot of respect for our folks in the other end of the Capitol,” Emmer said. He plans to have some meetings on that side of the Hill, and arrive at a decision as to whether “it makes sense to move our legislation in the Senate — if that’s realistic.”

Emmer added that he and Klobuchar work well together, and he said he doesn’t want to put undue burden on her at a time when, in his words, “her plate is full with a bunch of other stuff right now.”

In the absence of a Minnesotan senator advocating to clear obstacles to mining in northern Minnesota, Emmer maintained there are other ways it could move — perhaps with the help of the White House.

“Recently, there’s been some press where some of these environmental folks were less than kind to the working folks of Minnesota. … I think the president, if he wants to, can weigh in on the side of working men and women in northern Minnesota.”

Emmer believes Trump’s involvement could have the impact he and others on the House side are looking for. He has also said White House officials are supportive of his legislation.

“There’s a chance we can move in the Senate,” he said. “It’ll depend on whether the president is weighing in on it.”