Those Seeking Financing In 2014 Are Banking On Growth

Strong cash flow is a critical element for obtaining financing in 2014.
February 10, 2014 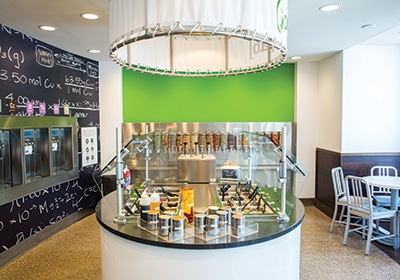 When the economy hit the skids, banks and bankers were often cast as the bad guys. During the depths of the recession, banks weren’t doing much lending at all in a tightly regulated environment. Many small business owners were left to fend for themselves, gutting it out through a very challenging economy.

But even as the economy continues its gradual recovery, many small business owners still have the perception that banks are unwilling or uninterested in making loans. “We hear that all the time from various people,” says David Prince, senior vice president and business segment leader for commercial banking in the Minneapolis office of Associated Bank.

But Prince says that’s not the case: “There is money to lend. Unfortunately, I think there are a lot of companies that are not yet in the position to borrow money.”

When lenders evaluate whether a company is considered “bankable,” two of the strongest components are cash flow and company management. Start-up companies and firms without much of a track record are generally not good candidates for a traditional bank loan, Prince notes.

“It really is, at the end of the day, a cash flow situation. The cash flow needs to be evident and something that’s sustainable,” Prince says. “We’re relying heavily on the cash flow. We’re not risky, air-ball lenders.”

Prince says that when he sits down with company leaders, it can become clear almost immediately whether they have a clear, realistic vision of their business.

“You can tell in the first 15 minutes when you meet with a management team their grasp of the strengths and the weaknesses of a company,” Prince says. “You can get a very good idea. You get a good gut feel of their understanding of the broader aspects of their company.”

For businesses that can land a loan, rates remain near historic lows. Rates for small business loans are about 4 to 6 percent. “There’s a mindset that we probably are at the bottom,” Prince says. “I just don’t know how they can go any lower than they are right now.”

David Reiling, CEO of St. Paul-based Sunrise Community Banks, says that the volume of small business loans has not yet returned to pre-recession levels, but there is still activity.

“What we’re seeing is that there is not as robust demand as pre-crash, but there still is demand for small business loans,” Reiling says. “The third quarter was a little soft, but I’d say it’s rebounding now.”

When it comes to banks sizing up a business for a potential loan, Reiling agrees with Prince that cash flow of the business is a paramount consideration for lenders.

“Cash flow is really the king at this point in time,” Reiling notes. “Cash flow is certainly No. 1, and probably No. 2.”

But Reiling acknowledges that small business owners are still grappling with an economy marked by modest growth and a host of uncertainties.

“There’s tremendous competition for good small-business loans out there,” Reiling says. “I think the biggest damper to the small businessperson is a lot of malaise about the uncertain economy.”

SBA loans are designed to help business owners who might not be able to qualify for a traditional bank loan. But SBA lending volume gives a sense of the appetite for small business loans. Nationally, SBA loan guarantees topped $29.6 billion for fiscal 2013, ranking as the third busiest year ever, trailing both 2011 and 2012.

In the search for pockets of recovery, Twin Cities Business sought stories and case studies of business owners who managed to land non-SBA loans to help expand their businesses.

Aaron Switz and his wife Andrea were on vacation in Arizona a few years ago when they visited a frozen yogurt store that inspired the couple to bring the concept back home to Minneapolis. They studied a few franchise options, but didn’t see anything that they liked.

They opened the first Yogurt Lab, which they financed themselves, in Minneapolis near Lake Calhoun in December 2011. The store was a hit with customers who liked the self-serve approach of being able to pick their own flavors, toppings and portion size.

As they decided to expand, the company initially tapped a small group of outside investors, Switz says. But they reached a point where they looked to a bank loan to help grow the business.

“We had signed leases for a couple of other locations,” Switz recalls. “It was the right time to go and get some bank financing.”

Yogurt Lab II LLC landed an $800,000 loan in March 2013 from Bloomington-based Venture Bank to help fuel its expansion with new locations in Wayzata and Eagan.

“In the Yogurt Lab situation, they’ve proven that it works,” Haug says. “The fact that they were able to finance and kind of prove it out makes it attractive to us.”

“For them, I think a big piece of it was management as well. They had partnered up and complemented each other well, in our opinion,” Haug says.

The original location remains owned by Switz and his wife. Yogurt Lab II LLC is a separate entity, set up when the company began to expand. By February, Yogurt Lab will have eight locations, plus its first franchised location in Hopkins.

For 2014, Switz is expecting about $4 million to $5 million in revenue for Yogurt Lab’s corporate stores. As the business has grown, Switz has been able to leave his job as a financial industry portfolio manager.

“We make all our own yogurt in-house. We’re using really high-end, good ingredients. We have critical mass now. We will probably expand through the franchise model,” Switz says. “We spend a lot of money on our interiors.”

New Hope-based Midwest Steel traces its history back to 1960; Jerry Rako has owned the company since 1983. The metal service center sells primarily aluminum to machine shops, medical companies, mold makers and other customers.

Rako, who is also company president, says that the company has rarely tapped bank financing for its needs over the years. But in 2012, the company needed capital to expand its building.

Rako ultimately got a loan from Sunrise Community Banks. All told, Midwest Steel’s loan included $1.2 million to finance the building expansion, a $500,000 line of credit and $125,000 in equipment loans that had been previously financed by a different lender. The addition added 16,000 square feet of warehouse and office space to the company’s New Hope facility, which now totals 26,000 square feet. The company has about 20 employees.

Rako says that he’s pleased with how the deal unfolded and has tapped the line of credit “a little bit,” as needed.

“We sat down with them and listened to what their needs were. I think they appreciated that we took the time to understand the business,” says Tony Mailhot, an executive vice president and regional manager for commercial loans with Sunrise Community Banks. (Mailhot did not work directly on the Midwest Steel transaction.)

Golden Valley-based Bulk Reef Supply has been on a fast growth track since it was founded in 2007. The company, which sells saltwater aquarium supplies, topped $11 million in revenue in 2012 and continues to grow.

“We sell pretty much everything but fish to saltwater enthusiasts,” says Jay Caswell, the company’s director of finance. “We’re continuing to grow rapidly.”

The growth drove the company to seek a larger space. In October, the company moved into 35,000 square feet of leased office warehouse space in Golden Valley. To help with the move, the company tapped Minneapolis-based US Bank, which it had worked with before.

“US Bank played a big part” in the company’s move, Caswell says.

Bulk Reef Supply arranged an additional line of credit for equipment related to the move. Caswell declined to discuss the specific amount of its latest loan, but said that the six-figure loan closed in November. The latest loan supplements the company’s existing line of credit with US Bank.

Caswell adds that the cost of capital is currently low for small businesses: “Rates are extremely competitive.”

Being able to tap lines of credit has been helpful during busy sales periods. “We’re a dot-com, so our biggest selling period of the year is around the Thanksgiving timeframe. There’s a 12-day period in there where we have tremendous success,” Caswell says. “It allows us to keep a line of credit available for those crunch times of the year. Black Friday is a great example.”

Internet giant Amazon.com is not really a player in Bulk Reef Supply’s niche, however. “They really barely touch this industry,” Caswell says.

“This is a company that’s had substantial growth in a short period of time,” says Wade Hershley, a vice president with US Bank. “We watched them bring in more experienced people. As they’ve grown, they’ve brought in good people.”

Hershley says that Bulk Reef Supply is “just a really good company” that offers a good story to back it up.

“They’ve got a fairly niche market in the aquarium/saltwater supply market,” Hershley says. “They just recently had outgrown the space that they were in and were looking for new space.”

As companies have come through the recession, Hershley says that many of the survivors are in solid shape.

“I think we’re seeing a lot of companies doing well,” Hershley says. “I think there are always good companies. It’s just a matter of finding the ones that are bankable.”