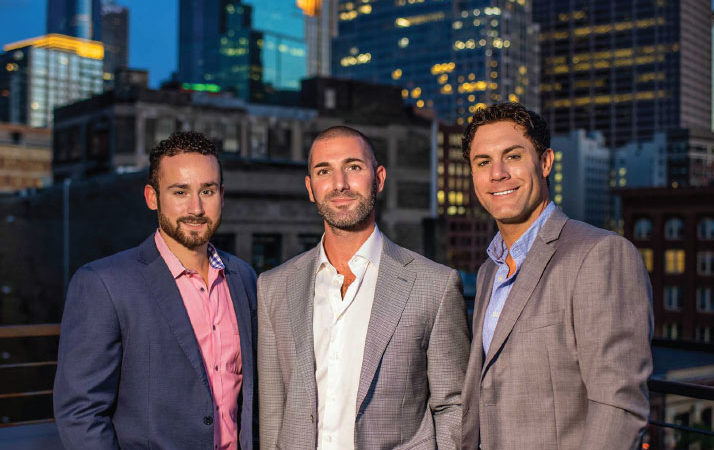 This St. Louis Park Branding Company Has Caught the Attention of Silicon Valley

Why Silicon Valley players are getting their branded employee merchandise made in Minnesota.
By Kate LeRette
January 01, 2019

Five years ago, Travis Veit took a chance and sent a cold email to Uber. To his surprise, Uber responded. Now Uber-branded items line the shelves of Veit’s St. Louis Park warehouse, ready to be shipped on demand.

From T-shirts and hats to water bottles and bags, Imprint Engine creates branded merchandise for Uber and its company store, which offers employees a selection of 500 products. Imprint Engine is also one of a few go-to suppliers for Uber Eats in the U.S. and Europe. When a new restaurant is added to Uber Eats’ network, for example, Imprint Engine sends a welcome kit filled with Uber Eats signage.

“We’re more well-known in New York and California than Minneapolis,” Veit says with a chuckle.

About 80 percent of Imprint Engine’s 200 active clients are based in Silicon Valley, including one of the giants: Facebook. The social media company approached Imprint Engine in 2018 and asked it to help launch Facebook Marketplace.

Veit, Gilbertson, business partner Zach Sussman, and their team of 22 refer to Imprint Engine as a branding solutions company. Offering an array of services and deliverables, it’s the definition of a one-stop shop. In addition to printing logos on goods and apparel, Imprint Engine prints marketing collateral, promotional products, and event signage, and it develops branded internal and external e-commerce websites. The company also offers web-to-print and graphic design services and handles fulfillment and logistics.

“What we have realized is that most of our customers have a promo vendor, a commercial printer, an apparel vendor, and no one is tying it all together,” Gilbertson says. “That’s what sets us apart—we understand all those production processes.”

“Usually when our customers find us they say, ‘Oh my gosh, I didn’t know someone like you existed,’” Sussman adds.

Sussman worked as vice president of marketing for Kaskaid Hospitality (owner of Crave restaurants) for nearly a decade and was a customer of Imprint Engine for five years before joining the company last April. “From a customer perspective, for someone to know and understand your brand and handle everything from in-store marketing materials to menus and uniforms saves so much time and energy,” he notes.

Since 2015, Imprint Engine’s revenue has grown by nearly 200 percent, with annual revenue for 2017 reaching $4.4 million. With the company’s fast growth, Veit and Gilbertson see Sussman as key to fleshing out the company’s marketing efforts and adding new customers, especially local clientele. “We’ve never done any advertising, so the business has grown all through word of mouth,” Sussman says. It’s also grown without any outside funding.

Last year, the company moved into a new 15,000-square-foot space, which is about one-and-a half times larger than its old facility. To help with distribution, Imprint Engine works with several partners in North America and Europe.

“The [$40 billion] industry is ripe for disruption,” Sussman says. “Historically, the typical product suppliers have been small ma-and-pa companies or big institutional players that have been around for a long time and aren’t evolving and keeping up with the times.”

They’re just getting started, Gilbertson says. “We’re still at the tip of the iceberg in terms of what we can do.”