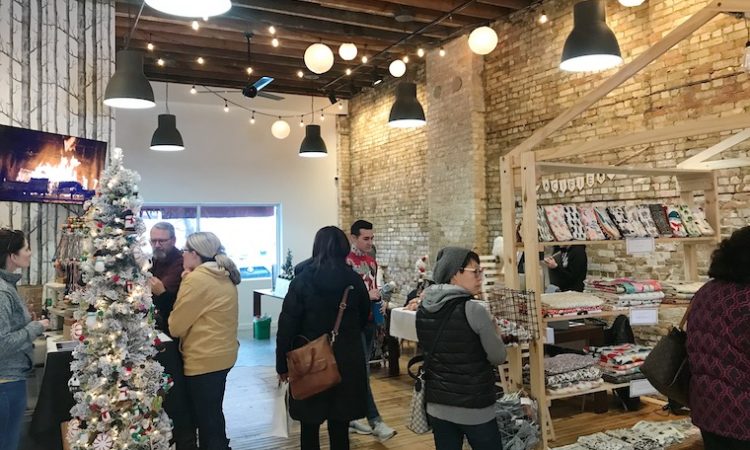 The Year of Too Many Pop-Ups?

As the holiday shopping draws to a close, a look at what worked, and what’s next for small brands.
December 20, 2018

Since Thanksgiving, I’ve stood in a lot of tap rooms, hotel lobbies, lofts, warehouses, event centers, unfinished retail spaces, and finished ones too, surrounded by knit hats and fragrant bath salts and pretty necklaces. I’ve rested an elbow on racks of North-themed t-shirts and leather trimmed canvas bags to talk to entrepreneurial makers about this season of saturation. Many indie brands are doing well in this holiday push. Some are disappointed. All are exhausted. Most are questioning: what’s next for the pop-up movement?

The honeymoon period is over, but pop-ups are not dead. Just ask the masses who poured into Tattersall Distilling to drink festive drinks and shop local brands at the second annual Holiday Market. (The crowd prompted neighbor Mercury Mosaics to stage a market at the same time, with phenomenal results and plans to do it again in June.) Or the hundreds who paid $20 to shop 70 artisan brands at the American Craft Council’s Craft Bash preview party. Holiday pop-ups have replaced the magic of the mall at Christmastime. They feel more festive, more authentic.

And yet. Nothing feels truly “can’t-miss” this year. Lulls are frequent at the seasonal pop-ups. Even the one-day events can take a few hours to gain momentum. Northern Grade—the pop-up that started the movement in Twin Cities back in 2010 with a weekend shopping experience at Architectural Antiques that included music, food and drink, throngs of bearded hipsters, and felt like nothing before—returned to Minneapolis last weekend for a pop-up within Modist Brewing. There were shoppers. There were some good brands. But it felt quiet. Small. Like a footnote on a chapter that marked a turning point in retail. Co-founder Mark McMillan felt it too. After 42 traveling marketplaces across the country these past eight years, he’s tired.

In the early years, McMillan says, it wasn’t uncommon for some brands to make $10,000 over the course of a weekend pop-up. Those days are over, McMillan says. Sales are diffused among multiple markets and online orders and relationships with established retailers looking to cash in on the maker movement. Even a few of the boutiques that have gone heavy on makers from the pop-up circuit tell me they’ve seen diminishing returns this year.

“It’s just business 101—if you come up with a product or concept that works, someone else is going to do the same,” McMillan says. “Nowadays, there are multiple similar events in cities all around the country focusing on more of the ‘maker’ and ‘craft’ communities to the point where it seems to be pretty over-saturated for both brands and consumers.”

So Northern Grade has changed its business model. In addition to a permanent New York retail store (new location opening soon), McMillan is working with real estate owners and developers to activate physical retail concepts on a short-term basis—anywhere from 6 to 24 months. He’s leveraging Northern Grade’s relationships with more than 1,000 brands to create an e-commerce platform focused on American made goods. And he’s consulting with established stores, and even hotels and other venues on current trends in retail. 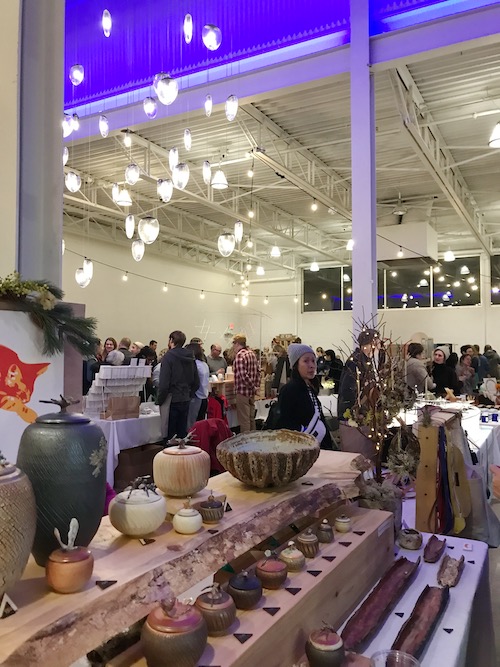 The challenges of scaling a brand are not new; the struggles are just more visible today as we see makers on Instagram and hear them on Twitter and talk with them every weekend at various events. I’ve been told time and again that they sell more when they are present to share their own story, but you can’t do it alone if you want to grow. With the possible exception of  Worker B co-owner Michael Sedlacek, who seems to be giving Santa’s entire team of elves a run for the most overworked this year.

I’ve bumped into Sedlacek this month at his stand within North Local Market, the downtown Minneapolis pop-up at City Center. And I’ve seen him at his permanent space within Keg and Case Market, the St. Paul food hall. Last Saturday evening, there he was, manning the Worker B permanent store at Mall of America.

“That sounds about right,” he replied candidly.

Worker B is trying it all, and taking new risks along the way, with plans for a bee and honey inspired wellness center in St. Paul. Worker B Mall of America is the brand’s top performing retail outlet, Sedlacek says. But Keg and Case is exceeding expectations. And the pop-ups are an introduction to new customers.

“They feed off each other,” Sedlacek says. “People have had more places to see us, return to, and pick up special orders. Downtown exposure has sent people to Mall of America, and Keg and Case. You’ve got to stay visible.”

But what happens in January? After the pop-ups, Worker B still has its MOA store and its food hall presence. What about the rest of the brand we see out in full force this month? Early 2019 will be the true test of concepts like Fourpost, which is trying to launch brands beyond the pop-up phase, and Rose & Loon, the Rosedale store that elevates pop-up brands to a polished retail experience with staffing, and space for DIY experiences.

There’s that word—experiences. The craving that led us to shop in breweries and artists co-ops instead of malls. The thirst for entertainment, engagement and meaningful moments beyond our computers isn’t going away anytime soon. But now that the novelty of pop-ups has worn off, I think we’ll see makers become a bit more selective about the where and the when. And the with whom. Expect more pop-up parties within existing stores. And at truly unexpected places, where big crowds are a sure thing—like Target Field. One of the goals of the Minnesota Twins’ multi-million dollar remodel of Gate 34 is to create a marketplace for pop-ups that will open next spring.

Finally, the Twins are acknowledging my long-held belief that shopping is America’s true pastime. Sellers just need to deliver a curveball every couple of seasons to catch our interest.

It’s not too late to hit another pop-up before Christmas: 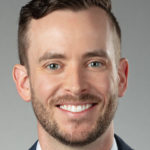 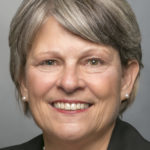