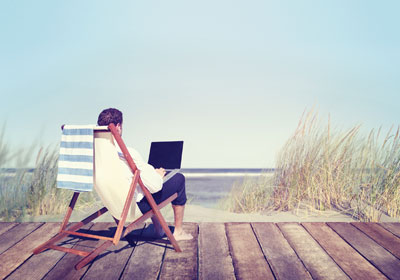 Unfettered time off is the latest card employers are playing in the competition for prime talent, and it’s about to hit home. Netflix, the Motley Fool and Virgin America are among a small collection of U.S. companies that don’t limit vacation time. Now Minneapolis-based Target is making a foray into this arena. “Some [executives] will move to a flexible paid time-off plan with no limits, no rollover,” says Target spokeswoman Molly Snyder. “We recently took a comprehensive look at our time-off programs and made some changes to help ensure our team members are taking time off each year for their well-being while also offering a competitive program to help retain and recruit great talent.”

Snyder declined to say how many Target management employees would be affected by the new policy. But she added that Target also “increased the amount of vacation our [salaried] team receives when they start at Target and shortened the window of time to accrue additional weeks.”

Many of Mick Sheppeck’s students are line managers in big companies. The associate professor at the University of St. Thomas says these MBA students in his human resources classes have reported that “our HR people say we might do this.”

Sheppeck calls it the latest outgrowth of “Theory Y,” which was defined many decades ago by MIT management professor Douglas McGregor. Theory Y, he says, assumes “people want to do well for their companies and themselves” and “will do the right things if you trust them.” In contrast, he says, “Theory X” assumes that employees are trying to do as little work as possible, and in Theory X, employees are closely monitored by supervisors.

Still, give people a mile and they may just take an inch. An unlimited vacation policy at Minnesota companies might not trigger much change in employee behavior, says Colleen Flaherty Manchester, assistant professor at the University of Minnesota Carlson School of Management.

Manchester says Minnesotans are accustomed to taking a “moderate” amount of vacation. She predicts that companies that initiate unlimited vacation policies are in actuality offering a “low-cost or no-cost benefit extension.” Her rationale: “They are in a norm already, and it probably wouldn’t lead to excessive vacation-taking.” —Liz Fedor