3M gets litigious with its former law firm, Mankato brothers turn on each other, Michele Bachmann’s campaign raises eyebrows, and more.
January 01, 2014 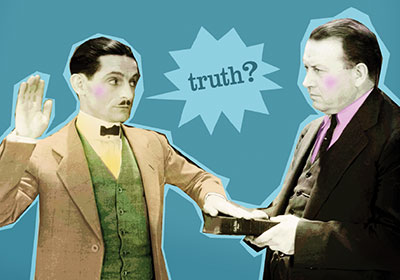 The Tale of The Tape: 3M and Covington & Burling

In this corner: Covington & Burling, the 53rd-largest law firm in the nation and one of the silkiest of silk-stocking law firms in the country. (Eric Holder left the firm in 2009 to become attorney general in the Obama administration.)

In the opposite corner: 3M, the pride of Minnesota and progenitor of such archetypal American products as Scotch Brand tape, Post-it Notes, and Scotchgard Fabric Protector. Who would guess these two Brooks Brothers-suited Wall Street darlings would stoop to rabbit-punching each other, rumbling though the courthouse like the Crusher and a former Minnesota governor in the wrestling ring?

It wasn’t always that way. From 1992 through 2010, 3M and Covington were a tag team, taking on nasty environmental accusations against 3M by the government, among other cases. High on the list of those allegations were some involving PVC-related contamination. Covington worked with 3M on the dangers of PFC (a kind of PVC) food wrapping exposed to high heat (as in a microwave oven). 3M decided to phase out using PFCs in its products in 2000, and to stop selling PVC products altogether (one of the few American companies to do so; the companies that make Gore-Tex and Teflon products still use PVCs). It was Covington that helped guide 3M’s PFC phase out with the Food and Drug Administration.

But since 1995, Covington has also worked with the State of Minnesota on environmental issues, and therein lies the seed of the conflict. In 2010, just months after Covington had closed out its legal work for longtime client 3M, it accepted a request by longtime client Minnesota to prosecute 3M. The charges? “Damage to the environment” caused by the residue of PFCs legally disposed of by the company. The law firm was diligent on the state’s behalf, gathering more than 6 million pages of documents and more than 50 technical expert depositions. But after almost two years, with much work and money expended, the guillotine fell.

3M filed suit, claiming Covington had a substantial advantage because the turncoat law firm could take inside information gathered while in 3M’s employ and now use it against 3M. Covington claimed its previous work with 3M was completely unrelated to the lawsuit it was now pursuing. 3M wondered why Covington had never informed them of their decision to work on this case, as is common protocol in such circumstances. Covington wondered why it took 3M almost a year and a half to make the accusations and bring the suit. Nasty accusations flew.

It should surprise no one that at the core of this conflict is money. A lawsuit similar to the one Minnesota brought (and Covington pursued) against 3M was brought against the DuPont Corp. in Ohio. It resulted in a $300 million judgment against DuPont. On Covington’s side, their contingent deal with the state put them in the position to earn an estimated $50 million, should they win in court.

Ben Wogsland, speaking for the Minnesota attorney general’s office, says that the state did not know about Covington’s failure to inform 3M that it was now working against the company, “but frankly, those issues are between 3M and Covington.”

3M’s attorney William A. Brewer III, of Dallas’ Bickel & Brewer, says bringing the case against Covington was at least partly a matter of principle. “The case is important,” he says, “because it underscores the confidentiality surrounding attorney and client communications as fundamental to the integrity of our legal system.”

This wasp’s nest hit the courtroom of Hennepin County Judge Robert Blaeser. 3M’s lawyers asked that Covington be disqualified from the case. Covington argued that it had advised 3M on unrelated matters when dealing with the FDA and that it properly ended its relationship with 3M when it agreed to take the case for the state.

Judge Blaeser decided the case in 3M’s favor, writing “Covington has ‘switched sides’ by representing a client who is now suing a former client.” Because of that, said the judge, “the firm will be benefitted by contradicting the very positions it had long advocated on 3M’s behalf.”

Details, details, details. Michele Bachmann didn’t win in her bid to become president of the United States, and she may lose as well in court.

The Bachmann presidential campaign has been sued, and is also under investigation by a hefty collection of government agencies. Among those investigating the campaign (in which she finished a distant sixth in the Republican Iowa primary) are the Federal Election Commission, the independent Office of Congressional Ethics (OCE), the FBI, the U.S. Justice Department, the Iowa Supreme Court and the U.S. House’s Committee on Ethics.

Campaign finance rules are notoriously complex. Still, a few allegations against the Bachmann campaign are straightforward.

Barb Heki, an Iowa grandmother, was a gung-ho volunteer for the Bachmann campaign. After a while, though, she discovered it was using her personal—and private—list of home-school families’ email addresses, a list she never offered to share. She asked the campaign for an explanation. Home-schoolers are a hot group for religiously inclined Republican candidates. When the campaign staff gave her no explanation, the longtime board member of the Network of Christian Home Educators (which booted her off the board when the Bachmann people started using their private email list) sued the campaign for answers—and damages. The suit stirred up a variety of possible suspects. One campaign staffer claimed to have been told by Bachmann’s Iowa campaign chair, state Sen. Kent Sorenson, that “we took [the email list].” Sorenson publicly denied any involvement and a campaign staffer who is also an aide to Sorenson later confessed to the theft, which he said he obtained “by accident.” In June 2013 the Bachmann folks agreed to a settlement with Heki, the terms of which were undisclosed to the public.

Among the claims of broken federal campaign rules is the mixing of Bachmann’s campaign staff and her staff charged with promoting of her biography, Core of Conviction. The book was published six weeks before the Iowa primary and Bachmann promoted it in Iowa bookstores during the campaign.

Sorenson was a hot property for the Bachmann campaign. He was well-known in Iowa and sought after by many of the presidential candidates because of his unimpeachable religious and Tea Party credentials. After the campaign crumbled, however, he became the focus of several state and federal investigations into allegations of improper payments from the campaign to the senator. In October, a special investigator found probable cause that Sorenson violated Iowa’s ethics rules by taking money from committees tied to the Bachmann campaign; he resigned from his state senate seat. In any event, Bachmann hardly got her money’s worth. Shortly before the end of the campaign, Sorenson jumped ship and joined the Ron Paul presidential campaign.

Over the months, investigations tumbled into more investigations. Beyond the issues mentioned above, allegations arose that her campaign improperly used PAC funds to pay presidential campaign staff, and the New York Times reported that her husband may have broken campaign finance laws.

When Bachmann announced her decision not to run for re-election, she stoutly denied that any of this affected her decision. And staffers close to her believe that she had nothing to do with any of the unseemly allegations. Bachmann says she was busy being “the candidate” and relied on experienced staff who were “directed to comply with all relevant election laws.”.

Never Shout “He's a Tool!” On a Crowded Website?

If hamburgers could sue, the courts (like the eater’s arteries) would be clogged. Scroll down any of the dozens of websites that rate restaurants and you’ll see food described in the vilest terms: hog slop, garbage-dump-ready, rat -meat. The proliferation of rating sites shows both that these sites are providing an appreciated service and that people love to give their opinion. But when you move from hamburgers and hotel rooms to rating people, quite often the fun ends.

Dr. David McKee, a Duluth neurologist, was not laughing when he saw what one former client wrote about him on a doctor-rating website. The reviewer, Dennis Laurion, complained that McKee made statements that he interpreted as rude and quoted a nurse who had called the doctor “a real tool.” As these statements echoed through the Internet, McKee felt his reputation was being tarnished. He sued, and so began a four-year journey that ended this year in the Minnesota Supreme Court.

Laurion was unhappy with the way McKee treated his father, who was brought to the doctor after he had a stroke. Laurion went to several rate-your-doctor sites to give his opinion. That’s just free speech, isn’t it?

It sure is, says Laurion’s attorney, John D. Kelly of the Duluth firm Hanft Fride. “The court held that what my client was quoted as saying was not defamatory,” he says. “I do think the Internet makes it much easier for persons exercising poor judgment to broadcast defamatory statements, however… a medium… doesn’t change the quality of a statement from non-defamatory to defamatory.”

But McKee’s lawyer, Marshall Tanick, of Hellmuth & Johnson, says no matter where it was said, defamation is defamation.

“The thing that’s often misunderstood is that this was not just about free speech, but about making actual false statements,” Tanick says. “The problem is today’s unfettered opportunity to express opinion, whether or not the substance of what’s said is true or not. We need some boundaries.”

But boundaries were not on the minds of the Minnesota Supreme Court. Free speech was. Chief Justice Lorie Gildea wrote, “The point of the post is, ‘This doctor did not treat my father well.’ I can’t grasp why that wouldn’t be protected opinion.” As to referring to the doctor as “a real tool,” Justice Alan Page wrote that the insult “falls into the category of pure opinion because the term … cannot be reasonably interpreted as a fact and it cannot be proven true or false.”

The takeaway from this case might be the knowledge that behind any rating service lie real people with real feelings. McKee spent more than $60,000 in the effort to clear his name, as he saw it. Dennis Laurion told the Star Tribune he spent the equivalent of two years’ income, some of which he had to borrow from relatives who supplied the money by raiding their retirement funds.