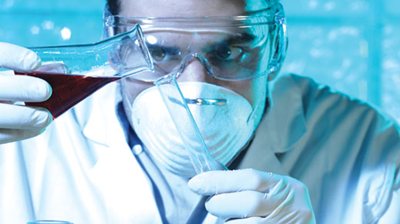 The Road to Regaining Dominance

What Minnesota must do to regain its competitive edge in biosciences.
May 11, 2009

Minnesota’s economy—and identity—have been linked for decades to the strength of its life science community, from groundbreaking research at the University of Minnesota to global Fortune 500 companies like Medtronic and General Mills.

But the state is losing its competitive edge, and staying above average is going to require targeted planning and investment in key areas, according to a recent report by the BioBusiness Alliance of Minnesota and Deloitte Consulting.

“Destination 2025 Roadmap: Recommendations To Grow Minnesota’s Life Science Industry” is a 20-year strategic plan based on input from more than 600 public, private and academic experts.

The environment that enabled food and medical device industries to flourish is no longer as favorable. One reason, the report claims, is that the public, private, and academic sectors have drifted apart at a time when partnerships are critical.

From reinvesting in medical technology research to studying the state’s biomass supply, the report offers a series of recommendations to point Minnesota’s bioscience industries in the right direction.

Minnesota’s medical technology community needs to take the technology behind those devices and develop new applications for it, the report recommends. Examples include pain, movement, and depression treatments already being developed using parts from the pacemaker.

The problem is that even though Minnesota companies are behind many breakthroughs in these areas, much of the work is being done elsewhere because companies tend to follow the research, says Dale Wahlstrom, CEO of the BioBusiness Alliance. “If you have a professor who is doing the leading-edge research in the world, you have to go to that person.” The result is that Minnesota is missing out on the economic impact of those technologies.

The University of Minnesota is no longer a leader in medical device research, Wahlstrom says, and the report indicates that the university “must re-establish its premier status among universities by supporting research relevant to the medical device industry.” An asterisk to that critique: The report says the newly formed University of Minnesota Medical Devices Center is a positive step in the right direction, one that deserves more funding and support.

Art Erdman, director of the Medical Devices Center, says that he’s pleased that the report recognizes the center, but he doesn’t agree with its assessment that the U of M is behind the curve in the area of medical devices.

“I would have agreed with it if it was said in the early ‘90s,” says Erdman. The U’s relationships with industry hit a lull in that period but has since turned around, he says. “I think there’s perhaps a bit of a lag in observing that the university is, through its leadership, providing increased value to industry.”

The Medical Devices Center, which opened in summer 2008, resulted from years of planning that preceded the Destination 2025 research and report, says Erdman. The university’s decision to allocate $5 million over five years to the program is a sign of its commitment to both medical devices and technology transfer, he says. (The center was one of the top strategic investments listed in the university’s 2007 budget request to the Minnesota Legislature.)

The center is a joint endeavor between the school’s Institute of Technology and the Medical School. “We’ve been able to pull teams together from both sides of Washington Avenue,” Erdman says. The mission is to accelerate the research and development of devices by forging a better link between the two departments, as well as between the U and industry.

Housed on the fifth floor Shepherd Labs on the East Bank campus, the center has all of the equipment students need to take new devices from idea to prototypes. That includes computers loaded with design software, tools for mechanical and electronics fabrication, and video consoles where students can watch live surgeries in 3D to better visualize how and where devices will be used. It’s the first time all of this equipment has been under one roof.

“All of this is focused on training engineers and others to be the leaders of the next generation of medical technology,” Erdman says.

Wahlstrom and the report push the university to do more, but they say it doesn’t shoulder all of the responsibility. The state should also be more aggressive about recruiting small companies that use active implantable technology.

“Let’s go hunting,” Wahlstrom says. “Let’s help those companies realize that if they want access to the human capability and the infrastructure to apply active implantable technology, Minnesota is the place to be.”

The Minnesota Department of Employment and Economic Development (DEED) has one specialist who works with medical technology companies—and spokeswoman Kirsten Morell says that DEED does focus on retaining existing companies and trying to recruit new ones from other states.

“We are the world leader, but of course we know that other states are looking at our success and trying to pull away our companies,” says Morell. “We’re very focused on retention. That’s a big part of our efforts.”

But Wahlstrom says that recruitment efforts need to be intensified. If he had his way, Minnesota would be dispatching ambassadors to other research hubs on a mission to poach ideas and small companies. The state should leverage its strong infrastructure in this area to sell companies on locating here.

Morell says DEED uses that infrastructure as a selling point when trying to retain companies. And Governor Tim Pawlenty supports efforts to make the state a better place for small companies to grow, says Morell, citing his support of a green jobs initiative and angel investment tax credits.

“Growing this key industry is something that we support,” she says.

The long-term success of Minnesota’s medical technology industry will depend, in part, on whether the state develops a new strength: biologics and biopharmaceuticals—using biology-based materials such as cells, genes, and proteins to develop drugs, vaccines, and other therapies.

The industry is growing about 15 percent per year, but “Minnesota is hardly participating in that growth,” the report says. If that doesn’t change, Minnesota “has the potential to lose its dominant role in the device industry.” That’s because biotech and medical devices are increasingly converging. Think drug-coated stents.

The good news is that Minnesota isn’t starting from square one, says Wahlstrom, pointing to two assets: biology-related research at the University of Minnesota and the Mayo Clinic, and the state’s thriving medical diagnostics industry.

In the area of biologics and biopharma, the report observes a situation that’s opposite from that of medical devices. With devices, the state has a dominant industry with a slipping research base. In biotech, the state has world-class research but virtually no industry. As a result, the research is either not being commercialized, or it’s being commercialized in other markets that have a more established industry.

Jay Schrankler, executive director of the university’s Office for Technology Commercialization, compares it to a great baseball pitcher who needs a catcher to complete his work. “I’m not sure there’s many catchers in Minnesota. There are some, but in general, the biotech business is not in Minnesota. It’s on the coasts. So that presents a challenge.”

For the past five years, the university has averaged about 35 technology licenses per year in the areas of biotech and pharma. It has some blockbusters; the anti-AIDS drug Ziagen, for example, which was licensed to GlaxoSmithKline in 1999. Some licenses are with in-state companies, but many are spread across the globe.

The university doesn’t have any license-local clause. Its objective is to maximize value for the university and the state, Schrankler says. Other technologies are more frequently licensed to Minnesota firms, but with biotech it is difficult to find the right match within Minnesota’s borders.

The report offers the daunting recommendation to “develop a biologic and biopharmaceutical industy in Minnesota.” As a first step, however, the state should work on expanding its diagnostics and monitoring industry, it says.

“What that industry forces you to do is to really learn the biological world,” Wahlstrom says, which will hopefully make the leap to a biotech industry possible someday. “Diagnostics is probably the best way for us to enter that market right now.”

Similar challenges exist for renewable energy, says Wahlstrom. “We don’t have that stuff underneath,” he says. It’s missing the infrastructure—things like public policies, specialized legal counsel, a trained workforce, and all the other components that help an industry run smoothly.

Combustible biomass—burning raw materials to generate heat or electricity—could serve the same role that diagnostics play in biotechnology. It’s an important first step that can be made without waiting for technological breakthroughs.

Ultimately, the goal is to make Minnesota a leader in “sustainable biomass supply,” the report says. This includes creating task forces to develop a set of best practices for harvesting materials in ways that cause the least disruption to the environment, as well as the food and material markets.

“Our highest recommendation in that area is that Minnesota needs to look at becoming, in effect, an oil well for biomass,” says Wahlstrom.

James Mennell, president of Renewafuel, a Rosemount-based biomass company, likes the idea of a statewide effort to answer the complicated economic and ecological questions surrounding the industry. Renewafuel, which makes biomass briquettes that can be burned in most existing coal burners, has paid for research of its own, but he suspects that not all companies can afford independent studies.

The emphasis on starting with existing biomass technologies is wise, Mennell says, but that shouldn’t cause people to overlook promising emerging fuels such as switchgrass, which can be grown on marginal crop land that doesn’t compete with food uses. Considering the carbon footprint is also important.

“Minnesota does have significant biomass resources that could be utilized,” says Mennell, but there’s a “real need” to figure out how to sustainably manage those resources.

“I think I share many of the values with these entrepreneurs, but good intentions have to be checked and doubled-checked with the science. Otherwise significant damage can be done,” says Norton.

Wahlstrom believes that if Minnesota dives in now, it can learn how to properly manage the state’s agriculture and forests and “bump head first into the hurdles that stand in the way.” The hope is that sorting through the issues now will give Minnesota a head start.

“It’s an area that’s ready for someone to step forward and take the lead, “ Wahlstrom says. “So we’re saying: ‘Let Minnesota do that.’”

It’s a long to-do list, especially for a state and economy working through one of the worst recessions in decades. Wahlstrom says, though, that many of the recommendations can be acted on right away without waiting for budget allocations.

The BioBusiness Alliance is already scheduling small group and community presentations and starting on its next phase: creating an organization called the BioBusiness Resource Network that will work on managing large projects with statewide impact. The Destination 2025 report is a beginning, not an end, the report says:

“As [writer and social ecologist] Peter Drucker said, ‘The best way to predict the future is to create it.’”