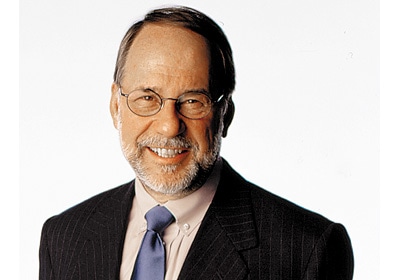 This letter is written to you because you were one of the first to preach the prosperity gospel in the electronic media—that is, the evangelism that says the more a preacher’s followers give, the more they will ultimately be blessed with riches. Recently, your fellow Baptist, Senator Chuck Grassley of Iowa, has been investigating your prosperous brethren who preach this good news.

Grassley wrote to six media-based ministries in 2007 regarding their tax-exempt status. He requested information about their income, expenditures, and the personal use of assets by church leaders. The January 2011 report compiled by Grassley’s staff notes that World Healing Center Church, based in Texas, and Joyce Meyer Ministries, in Missouri, have undertaken significant financial reporting reforms and are “to be commended.” The other four megachurches either did not respond to Grassley or provided an incomplete response.

Some ministries have much that they do not wish to report. For example, at least 21 “assumed” names are registered with the State of Texas for Eagle Mountain International Church, AKA Kenneth Copeland Ministries. The for-profit entities represented by those names include record companies and recording studios. The Copeland Ministries formed an “elite CX team” to raise money to buy the ministry a Citation X airplane, as reported by Laurie Goodstein in the New York Times in 2009.

Megachurch evangelists, using their tax-exempt “parsonage allowance,” sometimes receive extravagant amounts. Paula and Randy White received $700,000 in 2006 and more than $1 million in 2007 for such a “parsonage” from their Without Walls International Church in Florida. At the same time, the couple lived in a $2.7 million home in that state and owned a $3.5 million condo in the Trump Tower in New York City. These ministers also receive gifts and “love offerings” that are passed through the church. With some exceptions, these love offerings are not considered taxable income. All of you who fill out federal income tax forms, try claiming next year that your W-2 salary or 1099 income is really a “love offering” and thus not taxable.

The report from Senator Grassley’s staff outlines the complete lack of reasonable governance practices exhibited by the entities surrounding these churches. It details lavish living by the ministers and members of their immediate families. Some ministers (Eddie Long, for example, of Georgia-based New Birth Missionary Baptist Church/Eddie L. Long Ministries) drive to their “parsonages” in their Rolls Royces or Bentleys. They own private jets and lakefront properties. The Senate report does leave out any mention of rich men, camels, or needles (see Matthew 19:24).

The real problem is that under the present law, anyone can set up an organization, call that organization a church, and get into the business of soliciting tax-deductible contributions. And unless it voluntarily applies for recognition as a tax-exempt entity or chooses to file annual returns, it will be invisible to the Internal Revenue Service. Anything that calls itself a “church” is exempt from filing requirements, and therefore does not even file an IRS Form 990, “Return of Organization Exempt from Income Tax.” Consequently, many of the most egregious fleecers could not be accurately reviewed by Grassley or others on the Senate Committee on Finance.

Separation of church and state should prevent both coercion and benefit from the state for churches and their members. If a citizen of this country believes that his religious impulse is satisfied by contributing to a spiritual leader who lives and flies like a god, so be it—assuming that money raised from the public is transparently accounted for.

Tax exemption is a privilege and not a constitutional right, as the United States Supreme Court has held on many occasions. Thus, at a minimum, Congress should change the IRS code and require that all organizations—whether or not “churches”—are required to file Form 990 with the IRS. Leaving the IRS to make a haphazard determination of what is a church and what is not a church is an impermissible entanglement of government and religion.

Reverend Gantry, I assume that you would like to lead this charge because you’d like all of us to know just how well you’ve been doing. Your problems were always more with women than with money, and there is not as yet any IRS form for that.