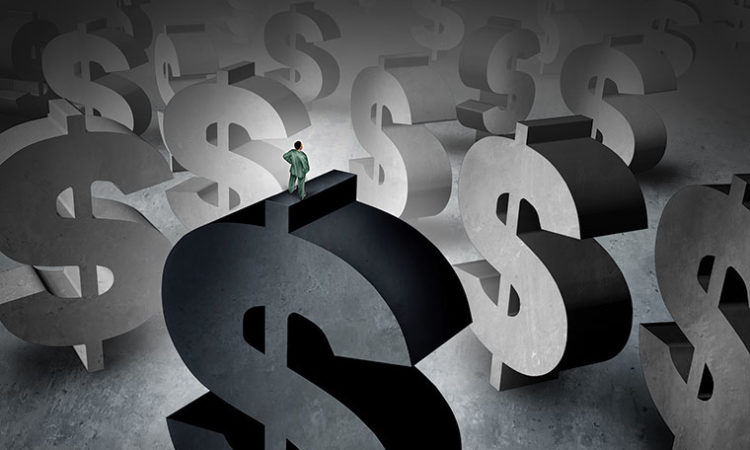 The Mood of Main Street

The Great Recession still casts a long shadow over U.S. business. For many operators, business is bumping along—it’s not outstanding, but it’s also not a disaster. Everyone’s outlook seems to be about the same: cautiously optimistic. Or optimistically cautious.

Since the technical end of the Great Recession in mid-2009, the overall economic outlook has not changed dramatically. As the economy has gradually improved, business owners have resisted taking on too much debt. Bankers say that Minnesota business owners are positive about the economic outlook, but they are still seeing many customers holding off on big investments.

The fates and fortunes of the big banks grab headlines and media attention. But there’s a divide separating Wall Street and Main Street. Business is less volatile on Main Street these days. Many of Minnesota’s community bankers are seeing a solid demand for loans from their small-business customers.

He adds that many customers are not leaping to chase big expansion plans. “I would say the economy’s healthy,” Rymanowski notes. “[But] I still think there’s kind of a wait-and-see attitude. My sense is they still are thinking twice before they make a big play or an expansion.”

Residential construction remains a bright spot among industry sectors, he says. “We do lending to residential builders and some land development businesses, and that market is strong,” Rymanowski says. “At least the folks that we’re working with are enthusiastic about the activity that they saw.”

But many clients remain wary. Some are weighing possible interest-rate hikes as they mull commercial real estate deals. They are also withholding judgment on potential policy changes on taxes or regulatory changes out of Washington, D.C. He says that many seasoned operators don’t put much stock in political promises until the proposals actually become laws.

“When it comes to legislative changes,” he observes, “there’s a ‘Yeah, right’ kind of response.”

Given their base of customers, community banks are close to the pulse of Main Street and local small businesses.

Amundson says there are about 225 banks that belong to ICBM. From his vantage point, Amundson says that he has seen signs of some recent softening of demand for loans, but the big picture remains encouraging for community banks. Amundson knows the territory: he co-founded and led Coon Rapids-based First Advantage Bank, which was sold to Border State Bank of Minnesota in 2015.

“In general, community banks in Minnesota are in very good shape and performing quite well,” Amundson says. “I think we always have some advantages in our ability to be businesspeople and be a little more nimble in our communities.”

They are generally private, owned locally and operate within a limited geographic area. An FDIC report from 2012 on community banks noted: “They are often considered to be ‘relationship’ bankers as opposed to ‘transactional’ bankers.”

Many community bankers say that larger banks simply don’t cater to smaller customers, which can be the bread-and-butter for the community banks.

“I think the big banks kind of ignore the size of customer that we deal with,” says Kevin Howk, president of Edina-based Crown Bank. “Our customers are able to talk to decision makers.”

Howk says the bank’s first quarter for 2017 was on par with the first quarter of 2016. Customers are tapping lines of credit a “little bit more,” he says. But he notes, “People are still a little bit guard

Some community banks are seeing solid growth that is driven more by a specific market niche or having a higher profile among potential customers.

“Our pipeline has never been as strong as it is right now,” says Jerry Baack, CEO of Bloomington-based Bridgewater Bank. Baack says that his bankers are seeing “no lack of demand for transactions.”

“The vast majority of what we do is real estate,” says Baack, who estimates that about 85 percent of the bank’s portfolio is secured by real estate, mainly commercial. “We deal primarily with real estate entrepreneurs, and they’re optimistic people.”

The bank has resources for continued growth. In June 2016, Bridgewater announced it had raised $27.5 million from private equity firms to help fuel the growth of the bank.

“For us, some of it is better brand recognition in the Twin Cities for our bank,” Lee says. He also attributes some of the growth to more active and optimistic businesses. “It’s a gradual process, building a brand in a market this large and mature.”

Lee says that he considers Bell Bank to be in a middle tier between smaller community banks and larger regional banks. He notes that Bell has more than 40 locations in three states and does business nationwide. Bell posted record net loan growth for the first quarter of 2017, Lee says. The bank’s combined commercial, agriculture and consumer loan portfolio grew by more than $200 million in the quarter, Lee says. By the end of March, Bell had a loan portfolio of $3.8 billion. Its assets exceed $4.5 billion.

At some businesses, Lee says that potential interest-rate increases may spur some operators to pursue a deal such as a real estate acquisition to lock in a rate, but others may decide to nix a deal as rates climb. For bankers, the prospect of higher rates ends up “kind of a wash,” Lee says.

Lee can’t point to a single standout sector among Bell’s business banking customers, because he says that all industry categories saw solid growth in the first quarter.

SBA Loans Up in Minnesota

Small business owners who may not be able to land a traditional loan may instead get a loan guaranteed by the U.S. Small Business Administration (SBA). Recent statistics from the SBA’s Minnesota District Office show a healthy uptick in loan volume, one measure of confidence in the economy.

For the first six months of the federal fiscal year 2017 (October 1, 2016, to March 31, 2017), the SBA guaranteed 927 loans totaling $319.7 million in Minnesota. That’s up a healthy 9.8 percent from the same period in fiscal 2016. Based on those numbers, the average SBA-backed loan in Minnesota for that six-month period was about $345,000. The loans are made by banks, but SBA guarantees a portion of the loan to repay the lender in cases of default.

In addition to those loans, SBA’s microlending partners in Minnesota loaned $1.6 million to small businesses during the first six months of fiscal year 2017. That marked a 60 percent increase compared to the same period in fiscal 2016. “Microloans” are loans of up to $50,000.

The U.S. Bank Small Business Annual Survey found pockets of optimism among small-business owners. Minneapolis-based U.S. Bank surveyed 3,200 small-business owners across its 25-state territory. Businesses must have less than $10 million in revenue to participate. The survey was conducted in January and February; the findings were released in May.