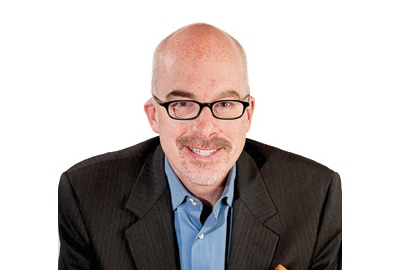 In its new ad campaign, Children’s Hospitals and Clinics pulls back the gauziness.
May 01, 2011

Bjorn Gunnerud, senior director of marketing and brand communications at Children’s Hospitals and Clinics of Minnesota, recalls discussing Children’s new ad campaign with one of the featured doctors. The doc jokingly asked whether the commercial would include the stereotypical hospital shot: “Will I be walking down a hallway with a child reaching for my hand?”

That’s exactly what Gunnerud didn’t want to do with the campaign, which launched a few months back.

“We didn’t want soft focus,” says Gunnerud, who joined Children’s in April 2010 after a stint as vice president of marketing for MinuteClinic. He and Children’s wanted to avoid any gauzy marketing clichÃ©s about hospitals, particularly those involving kids. “We wanted to stand out in a sea of sameness,” Gunnerud says.

There are several business reasons why Children’s wants to stand out. Having recently remodeled its Minneapolis branch, Children’s is, in a sense, reintroducing itself. (The St. Paul Children’s is being remodeled as we speak.) It also seeks to make clear that Children’s is not a place solely for kids with chronic or unusual illnesses. To be sure, it does accommodate families whose children require lengthy stays. Among other amenities, the Minneapolis Children’s is the only hospital with its own Geek Squad “precinct.” Many parents need to use the hospital as an office away from the office; it helps to have a place in the building where you can get your laptop repaired.

But Children’s wanted to send out another message: It’s also good for more basic stuff, such as tonsillectomies and stitches.

Perhaps the biggest impetus: The kids health care market is getting crowded. Though Children’s has long had the largest share of this market in the state, other health systems are jumping in. Hennepin County Medical Center recently received a Level 1 pediatric trauma designation. In April, the University of Minnesota opened its Amplatz Children’s Hospital, becoming Children’s Hospitals and Clinics’ most direct competitor.

According to Brian Lucas, PR manager at Children’s, that’s not because the market is growing. On the contrary: Care providers are “scrambling for pieces of a smaller pie.” There appear to be fewer kids to treat. So Children’s new campaign had to present a more vigorous message than a gauzy lens could convey. As Gunnerud says, “this is a space we wanted to own.”

To create the campaign, Children’s tapped Minneapolis agency Peterson Milla Hooks. On the surface, it was an unusual choice. While PMH has created some of the Twin Cities’ most distinctive commercials, most have been for its biggest client for more than a decade, Target. Its other clients have nearly all been national brands, including one of its newest, Gap’s Athleta line of women’s athletic wear. PMH had powerful chops, but not in the health care space.

But both agency and client felt comfortable that they “got” each other. “Many of us had had our kids at Children’s,” says Tom Nowak, the agency director at PMH. “My son had just had his tonsils out there.” And through his agency’s long experience with Target, “we had expertise with moms”—needless to say, a key target for a children’s brand.

You can see samples of the campaign’s print ads earlier in this issue. (I wrote this column before I knew they’d appear, and Children’s decided to run them unaware of the column.) But what makes the campaign distinctive are its television spots. They’ve been shot in a documentary style—very direct, though still gentle. Physicians and other staff talk about how the procedures they do are different from how an adult patient would be treated. The message may not be bold, but the directness of the presentation is. The idea was to be intimate—and, of course, to make going to the hospital appear less scary.

Both client and agency wanted to capture what Nowak calls “the little things,” which can loom large in the minds of both patients and parents. Things like the fact that oral anesthetics are available in different flavors. And that Children’s uses different sizes of air-cleaning tubes to accommodate kids of any age.

According to Nowak, the spots weren’t “all ‘storyboarded’ out, which can be a little scary. You’ll never know what you’ll get.” Lucas says that “we didn’t ‘message train’ the doctors or staff.” The agency’s goal, Nowak says, was to present a “personality and look that differentiates Children’s in this category.”