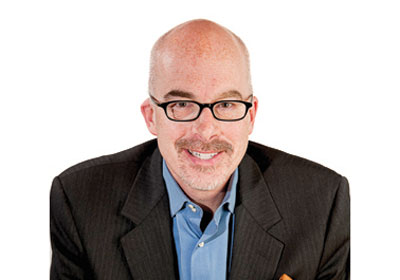 The Future Of Trees

The likes of Marvin and Andersen used to make their products out of Minnesota white pine. But as the state’s old-growth pine disappeared, manufacturers transitioned to ponderosa pine from the Pacific Northwest, notes Brian Brashaw, director of the wood materials and manufacturing program at the Natural Resources Research Institute (NRRI). With ponderosa pine becoming less available, he says, window and door companies are turning to radiata pine from New Zealand and Chile.

This is just one of many reasons Minnesota’s timber industry, located almost solely in the northern part of the state, has been suffering in the past few years. “We are cutting only about 60 percent of what we used to cut in the state,” Brashaw says. In 1999, Minnesota produced 3.82 million cords; in 2013 production was expected to fall to 2.5 million. “We have wood that’s growing, but we don’t have markets for it,” he adds.

Finding new markets for timber is one of the many projects that Brashaw and the NRRI, which is part of the University of Minnesota Duluth, has been tackling. The NRRI is a research and development institute with an astonishing range that spans timber, iron and precious metals mining. It also develops new uses for natural materials. The state government established the institute 30 years ago, when the region’s economy was looking particularly grim. The NRRI’s work isn’t solely in product development, however—it also consults with businesses large and small on manufacturing processes. It performs various kinds of environmental research. It’s even helped launch a few companies.

The NRRI’s twofold mission is to balance economic development with environmental preservation. As Don Fosnacht, director of the institute’s Center for Applied Research and Technology Development, puts it, “How do you take advantage of [minerals and timber] from a job creation standpoint, while at the same time doing this in a way that benefits both humans and the ecology as we move ahead?”

Balancing economic and environmental needs often results in an uneasy tension. Proposed nonferrous mining projects in northeastern Minnesota have powerful economic support and powerful environmental opposition. The NRRI’s role has been a supportive one. It is helping determine the quantity of copper, nickel, gold and other valuable metals in the region’s Duluth Complex rock, but also working on ways to minimize the sulfide effluents such mining could release into the region’s equally valuable waterways.

Each of the six programs within the NRRI “operates a little bit like a company”—they get revenues, and within their budgets they carry out projects, says Lucinda Johnson, the institute’s interim director. Each program has focus areas and long-term objectives, as well as its own capability to go out and drum up work.

There might be a special urgency to the NRRI’s work with wood. The industry’s travails aren’t reflected solely in the cordage numbers; this fall’s layoff of 265 employees (about one-third of the workforce) at the Boise paper plant in International Falls is more evidence. And in 2012, Duluth’s Georgia Pacific hardboard plant also shut down, with the loss of 141 jobs. (On a better note, Sappi Ltd., based in South Africa, recently repurposed its Cloquet plant, switching from pulp and paper to a more promising market—cellulose for textiles.)

So how can timber rise again? Here are three possibilities the NRRI is pursuing:

Thermal modification. This European-born technology involves superheating wood to create more dimensionally stable lumber. This could allow northern timber suppliers to make use of lower-quality species, such as aspen, basswood, and birch. Thermal modification produces a “kind of a ‘slow-roasted’ wood,” says Matt Aro, a research fellow with NRRI’s Market-Oriented Wood Technology Program, which recently received a $600,000 grant from the National Science Foundation to help fund its work. Aro says that the result is similar to preservative-treated wood, but with no chemicals or stains. NRRI is working with a small business that’s looking at five wood species using thermal modification techniques, with an eye to supplying Midwestern manufacturers of wood windows and doors.

Energy. The NRRI is torrefying wood, as well as switchgrass, corn stover (post-harvest leaves and stalks), railroad ties, cattails and other organic detritus, and testing its energy-producing capabilities as an option for mass production of bio-coal. (To torrefy wood means heating it and removing moisture from it.) Duluth-based Minnesota Power is one of several utilities that are involved in “co-firing”—adding wood to its cache of coal to cut down on carbon. Torrefied wood could provide a new form of alternative energy for power plants, and a new way to use timber.

Better wood-based products. The NRRI works with a lot of small and midsized businesses in various ways. One case in point: St. Paul-based Northern Contours is a company that produces veneer and hardwood components for cabinets, furniture and store fixtures.

Another NRRI client, Minneapolis start-up Aurora Surfaces, tapped the institute’s expertise to develop Aurora Stone, a glass-like furniture material derived from melted and cooled taconite tailings. “Our experience with NRRI was really great,” says Aurora Surfaces co-founder Susan Frame. Besides helping with product development, the NRRI also provided some capital. “We not only had their hands-on help, but we also had their financial support in the very beginning,” Frame adds.

Many Northland economic development people would love to see more high-tech and manufacturing companies—and entrepreneurs of all kinds. They’re right to want to build a more diverse economy. But the region’s future also will remain rooted in its rocks and trees—and not just for tourists’ snapshots. The potential value in the rocks is high; the trees, not so much right now. But unite the NRRI’s research with some risk-taking from companies, established and just starting up, and Paul Bunyan could be standing tall once again.