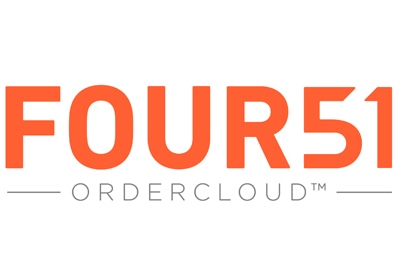 The B2B e-commerce platform provider also said it would nearly quadruple its staff over the next three years.
February 12, 2016

Four51, a B2B e-commerce platform, closed a $5 million funding round on Tuesday, which the company said will allow it to quadruple its workforce and triple revenues over the next three years.

The Minneapolis-based technology service provider plans to aggressively build out its sales and marketing staff to acquire new clients. More than 10,000 companies—including Cargill, Hallmark and Papa John’s—currently use Four51’s e-commerce platform, OrderCloud, to order supplies for their day-to-day operations. Most recently, Four51 expanded its customer base with recent wins of Bachman’s and Taylor Corporation business.

Market research company Forrester estimates the B2B e-commerce market will grow to more than $1 trillion by 2020, according to Four51 CMO Chip House, which explains the company’s expansion of its sales and marketing staff. Four51 is hoping the growth of its employee base will grab a larger percentage of that $1 trillion and ultimately triple the company’s revenues in three year’s time.

“We’ll probably be moving at some point this year to expand,” House said, referring to the company’s Minneapolis office. “We are hoping to stay downtown, but we don’t have a new location [narrowed down] yet.”

News of Four51’s expansion follows an August 2015 report by the U.S. Bureau of Labor Statistics that named Minnesota the fastest-growing state for technology jobs. On Monday, a survey noted the average salary for a Twin Cities tech worker rose by 9.3 percent in 2015.

The funding comes from three primary investors and a contribution from one other source. Only one investor—Roxane Googin, editor of High Tech Observer—was named. House said that another is a Twin Cities local, while the other is in New York.

In a statement, Four51 CEO Mark Johnson emphasized the company’s “beginning of a period of hyper growth.” He said Four51 would also be leveraging its own profitability to support its growth: “This is a perk of being a 16-year-old, experienced and profitable tech company.”