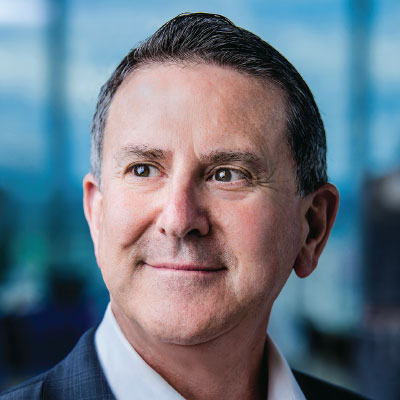 2021, Alumni: Brian Cornell remained calm and steady in the face of unprecedented challenges and supply chain shortages, while an agile response to constantly changing conditions drove soaring Q2 profits, particularly online. When stores were damaged during a summer of social unrest, Target delivered supplies to those hardest hit and got to work on repairs. The East Lake Street store in Minneapolis reopened in November.

2018, Make or Break: Brian Cornell’s tenure at Target has seen the retailer muddling through a half-decade of tepidly optimistic quarterly earnings reports followed by disappointing ones. Now, Cornell is betting the farm on a $7 billion investment that includes store facelifts and an expansion of the small-format stores Target is opening in urban centers and near college campuses. Can he improve the cheap-chic retailer’s image and bottom line, while fending off behemoth Amazon? It’s too soon to tell, but 2018 may be the year he figures it out, or gets his walking papers because he didn’t.

2017, Make or Break: Since Brian Cornell became Target’s chairman and CEO in August 2014, its stock has risen 17 percent (through Oct. 28), slightly better than market average. But this was due to cost cuts and billions of dollars in stock buybacks: Factor in 59 million shares no longer on the market today, and Target’s stock price would be up only 5 percent. Revenue, meanwhile, is slipping; first-half 2016 revenue was slightly below that of 2014. Given more aggressive growth tactics deployed by competitors Walmart and Amazon, will Cornell deliver a more robust growth strategy in 2017?

2016, On The Hot Seat: Brian Cornell came to Target just over a year ago to try to right the ship after Gregg Steinhafel’s disastrous tenure. He facilitated a major headcount purge this winter and has prioritized beefing up the company’s digital sales, fixing ongoing supply chain problems in stores, and reinventing the company’s unremarkable grocery operation. Though Target-lifers bemoan cultural and staffing changes that have made the company a less desirable employer, there is a growing appreciation of Cornell’s dynamism and sense that he may not be the short-term CEO many had expected him to be.

2015, Hopefuls: As Target’s first-ever CEO from outside the company, Brian Cornell has one of the most daunting tasks in Minnesota business history: Restoring consumer confidence in the iconic retailer after a period of strategic free-fall that resulted in the resignation of predecessor Gregg Steinhafel. He must stem a loss of customer traffic that produced a 32 percent decline in net income last year, and a troubled Canadian expansion. With no experience in turnarounds, Cornell will be under intense scrutiny to successfully aggregate Target’s bricks-and-mortar presence and its oft-criticized online channel.