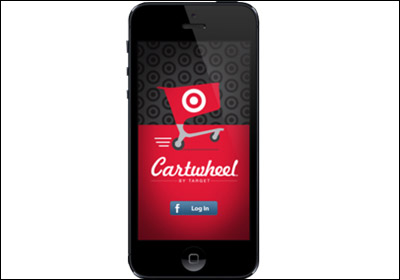 Target is trumpeting recent growth in its online sales, but it’s unclear exactly what impact those digital channels are having on the retailer’s bottom line.
December 29, 2013

Target Corporation said this week that it’s experiencing significant growth through its digital channels this holiday season, although the company declined to tie many numbers to that assertion.

Referring to its overall holiday sales, the Minneapolis-based retailer said that “the strong start to its holiday season has continued through the first part of December,” and “key areas” include electronics, apparel, home, and grocery.

The company said its digital platforms “continue to surpass internal projections and overall online industry growth rates,” and its website experienced “two of the strongest days of sales in its history” on Thanksgiving and Cyber Monday.

To demonstrate its digital success, Target said that online traffic has grown at “double-digit rates” during the holidays. Meanwhile, mobile sales are up by 100 percent compared to last year’s holiday season.

Furthermore, its Web-based platform “Cartwheel” has added more than 1 million users during the holidays, boosting user count to 4 million since the program’s May launch.

The company also pointed out that it is offering to match competitors’ prices and that its “buy online, pickup in store” service has seen “strong demand” during the holiday shopping season.

It’s difficult, however, to quantify Target’s success, as the company declined to disclose holiday sales. A spokesperson also declined to share what portion of total holiday sales have come through the company’s digital channels, adding that Target does not break out its online revenue from its brick-and-mortar sales.

“We are pleased with Target’s holiday performance—from guest experience and engagement, to overall results both in-store and online,” Target President and CEO Gregg Steinhafel said in a statement. “We’ve seen that no matter how, where, or when they want to shop, our guests are finding the perfect mix of top gifts and deals.”

A recent Star Tribune story pointed out that it’s unusual for Target’s CEO to issue such a statement amid an ongoing quarter, adding that analysts suspect that the move stems from a “need to reassure Wall Street.”

In September, Twin Cities Business reported on a Target executive’s assertion that the retailer planned to embrace so-called “showrooming.” Casey Carl, Target’s president of multichannel, emphasized the retailer’s efforts to enhance both its physical stores and digital platforms in order to remain competitive, largely by trying to more seamlessly integrate the two channels. Carl pointed specifically to the growth of mobile shopping as an instigator for change.

David Brennan, a retail expert and co-director of the Institute for Retailing Excellence at the University of St. Thomas, told Twin Cities Business at the time that the move is part of a broader industry strategy called “omni-channel retailing,” and he pointed out that many retailers—including Target—have added price-matching and in-store pickup services to attract sales.

But while major retailers like Target routinely tout their online revenue growth—often telling investors and the media that those channels are growing by double digits—some data suggests that digital sales still tend to constitute a small sliver of large retailers’ overall revenue.

For example, the Wall Street Journal reported earlier this year on an outreach by the U.S. Securities and Exchange Commission, which asked major retailers to provide details about the amount of goods they sell online. When asked by the SEC to quantify its online sales, Target reportedly said the following: “Our recent earnings conference calls have provided information about directional growth in digital sales to demonstrate that our investment is beginning to show return. However, digital sales represented an immaterial amount . . . of total sales in each period presented.”

And a Target spokesperson reportedly told the Wall Street Journal at the time that the company’s online sales currently account for less than 2 percent of the retailer’s $73 billion in total revenue.