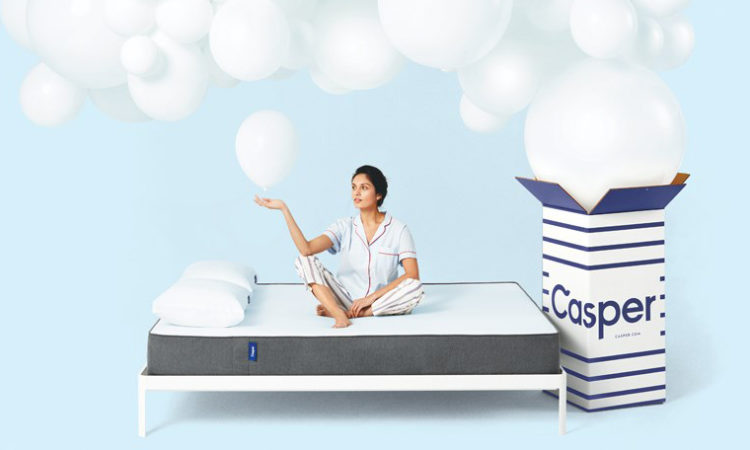 The young New York-based mattress company shook up the industry with its online-order-shipped-to-your-door business model but it will enter a new era with brick-and-mortar growth.
By Amanda Ostuni
August 08, 2018

Despite already having a presence among retail giants including Target, Nordstrom and Amazon, mattress startup Casper Sleep Inc. is looking to open 200 stores of its own.

The brick-and-mortar developments will unfold over the next three years and include 18 pop-up shops that will eventually be converted into permanent stores, according to the Wall Street Journal. The move will help the New York-based company stave off competition from internet copycats, noted the Journal, and Casper CEO Philip Krim said it will help Casper become a place for people to buy all types of sleep products, rather than just their brand signature “mattresses-in-a-box.”

Notably, Casper already has one store open in Minnesota at the Mall of America in Bloomington.

Target has a sizeable stake in Casper, although it’s unknown exactly what percentage of the company it has acquired. What is known is Target’s investment total: Back in 2017, the Minneapolis-based retailer contributed $75 million to Casper—a hefty portion of the $240 million Casper has raised in its four years in business.

If Target had had its way, reports Recode, it would have bought Casper outright last year for around $1 billion, but the deal collapsed and Target settled for an investment in exchange for a partial ownership of the company.

Target now sells Casper’s signature boxed mattress, as well as other Casper wares like pillows and sheets, per an agreement announced in the spring 2017. The initial agreement allowed Target to sell Casper products at 25 stores near college campuses, and online, with Casper then being the only mattress brand offered on Target.com. Casper products can now be found in many of Target’s 1,835 stores.

Casper’s ascension has come as traditional retailers have fallen into trouble. For example, Mattress Firm Inc, the largest U.S. mattress retailer, announced in late 2017 that it would close around 200 of its 3,400 stores, investing savings into expanded online efforts.

However, Piper Jaffray analyst Peter Keith told the WSJ that online purchases account for only 12 to 14 percent of mattress sales in the country. Additionally, Krim said sales have grown quickly in markets where the company has opened stores this year—the first having been in New York early on, and others located in cities including San Francisco and Denver. Krim said it’s allowed Casper’s online operation costs to drop.

“We’ve seen a huge demand from customers who want to experience the Casper brand in person,” Krim said in a statement on the Target partnership last year.

An email to Casper seeking more information on the store-building plan, and what it means for the retailers it currently sells through, was not responded to by press time.