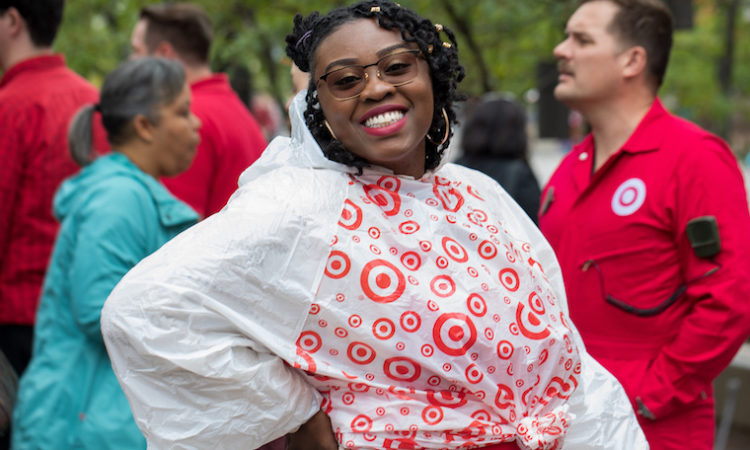 Target Center went red Wednesday as Target Corp. employees filled the arena for the Minneapolis-based retailer’s National Fall Meeting, an annual pep rally that kicks off the critical fourth quarter with team building speeches from executives and celebrity appearances like Will Smith as well as performances by Dancing With the Stars alum Derek Hough, Beck and Imagine Dragons.

The meeting, attended by the corporate team as well as some store employees from across the country, is notoriously off-limits to media. But this year for the first time, Target announced it in advance on its corporate news site. The company shared highlights of the event in real time through its social channels.

The crowd is on their feet as CEO Brian Cornell opens @Target’s Fall National mtg. “It’s been 5 years since I walked onto this stage for the first time, and I’m humbled—because what our team members have achieved during that time is nothing short of amazing.” #WeAreTarget pic.twitter.com/pizfdXrACi

Target chairman and CEO Brian Cornell received a standing ovation, according to the @TargetNews twitter feed, as he stepped on stage in a red puffer vest and jeans. “It’s been 5 years since I walked onto this stage for the first time, and I’m humbled—because what our team members have achieved during that time is nothing short of amazing.”

Cornell credited his team’s “passion, drive and relentless optimism.” “They had the courage to change almost everything in order to build a company that helps millions of families discover joy in their everyday lives.” He went on to say he’s proud of Target’s progress, but the work isn’t done. “We have to keep doing even better. We’ll continue coming up with new and exciting ways to inspire our guests, improve how work gets done, and invest in our culture.”

Chief Stores Officer Janna Potts used her stage time to remind employees that Target is “putting the guest at the center of everything that we do.” Chief Operations Officer John Mulligan added that technology is enabling Target to serve the guests with more “precision and reliability” than ever. Chief Marketing and Digital Officer Rick Gomez touted Target’s new loyalty program, announced earlier this week, as a way to better engage with more guests. Called Target Circle, the program, which gives cash back and special offers to consumrs, rolls out Oct. 6.

Chief Culture Diversity and Inclusion Officer Caroline Wanga reported that Target has met its diversity and inclusion goals for three years running. “But our work will never be done,” she said. “In order to deliver moments that matter to guests, our team must all listen courageously, get comfortable being uncomfortable and honor our truths.”

On the heels of the meeting, Target is gearing up for a big weekend with the launch of its buzzed about 20th anniversary Design for All collection celebrating 20 top designer collaborations on Saturday followed by the first wave of new owned food brand Good & Gather hitting stores on Sunday.