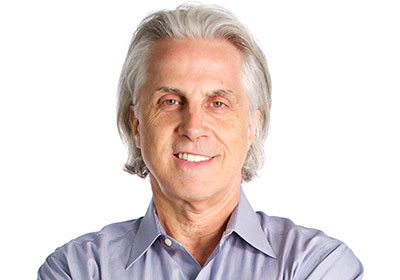 Can the company that wrote the book restore the pedigree?
April 27, 2015

Given the closure of all Target stores in Canada, a 2013 holiday-season data breach, the ouster of its CEO for a complete outsider, and the recently announced layoffs of thousands of corporate employees, the question can’t be ignored: Has the darling of retail marketing lost its mojo?

You’ve got to wonder.

The company achieved what very few businesses or individuals can accomplish in a lifetime—they changed a domain, which to some is the very definition of real creativity. Einstein did it. Architect Frank Gehry did it. Steve Jobs did it at Apple. And Target did it in retail.

What Target achieved was no small feat. It bridged the concept of discount retailing, which, until Target, was literally a dirty business—dimly lit stores with shoddy merchandise, poorly displayed. And to describe discounter advertising back then as “schlock” would be kind.

Target cleaned up discount retailing when it opened its first store in 1962 in Roseville and along the way changed the industry, but it wasn’t until CMO John Pellegrene and CEO Bob Ulrich got together that the concept of an upscale discounter took hold.

When Ulrich tapped Pellegrene from Dayton-Hudson department stores to head up marketing in 1995, the duo knew they had to differentiate Target if they were going to not just compete with Wal-Mart and K-Mart, but gain loyalty. They’d have to go beyond clean stores and better advertising, which competitors aped when they noticed Target’s success.

The company hired a variety of celebrities, from Aretha Franklin to Betty White, for seasonal campaigns that added cachet to the brand. They sponsored Will Steger’s Antarctica expedition. They realized the brand had to evolve, and it wouldn’t be long before exclusive merchandise and design royalty began to differentiate the brand in a way that was even more meaningful to customers. A simple tea kettle designed by Michael Graves became an iconic symbol of Target’s entry into partnerships with myriad designers, one of the most notable being Isaac Mizrahi and his line of women’s apparel.

In the days of Ulrich and Pellegrene, speed and creativity were everything, and the ties between merchandise and marketing were strong, as they should be.

Even though Pellegrene would retire before Ulrich, his protÃ©gÃ© Michael Francis took over, building on the strong foundation Pellegrene had built and extending it. But just like Lennon and McCartney, the end of the Ulrich and Pellegrene/Francis era showed the retail world that it’s not easy re-creating the magic, and often you need to start over.

When Ulrich retired in 2008, Gregg Steinhafel moved into Ulrich’s role. Francis moved on to join a former Targeteer, Ron Johnson, at his ill-fated J.C. Penney makeover, but he was thrown under the bus by Johnson when their strategy turned an aging senior into a plastic-surgery nightmare.

We’re all familiar with what happened to Steinhafel following numerous missteps, including a disastrous holiday partnership with Neiman Marcus, the data breach and the Canadian catastrophe, but those weren’t the only issues. Company insiders complained that the “speed is everything” company was growing slower and slower, thanks to an emphasis on process over innovation. Swagger turned to stumble, and it seemed as if the negative momentum wouldn’t end.

While no single person can control a large organization, the values and personality of a brand eventually reflect those of its senior leaders. Target proved to be no exception, as performance metrics outweighed merchandising and marketing instinct. A culture once known for encouraging risk became risk-averse.

Enter new CEO Brian Cornell, but give credit to senior Target marketing executives who didn’t waste time after Steinhafel’s departure getting their digital act together, resulting in a 50 percent increase in converting digital lookers to buyers, with sales growth three times faster than the industry average. Target had a major presence in the NCAA March Madness tournament and put together a highly anticipated and buzzworthy deal with designer Lilly Pulitzer that launched this spring.

CMO Jeff Jones joined Target in 2012, replacing Michael Francis (who left in 2011 just as the retailer was getting its digital lunch eaten by competitors like Amazon). He brings digital savvy and is credited with leading the very successful 2013 launch of its innovative coupon app, Cartwheel, which has generated $1 billion in sales. A recent bright note shows online conversion rates continuing to rise, with a reported 7.4 percent increase this past February compared with the previous year.

While it’s too early to gauge the impact that Cornell will have on Target’s marketing, he’s wasting no time making his influence felt, including decisive moves to shutter Canadian operations and trimming what had become a bloated bureaucracy at headquarters. He’s also providing strong direction by identifying four key foci for the retailer: style, baby, kids, and wellness. That gives both merchants and marketers something to aim for—some real target markets.